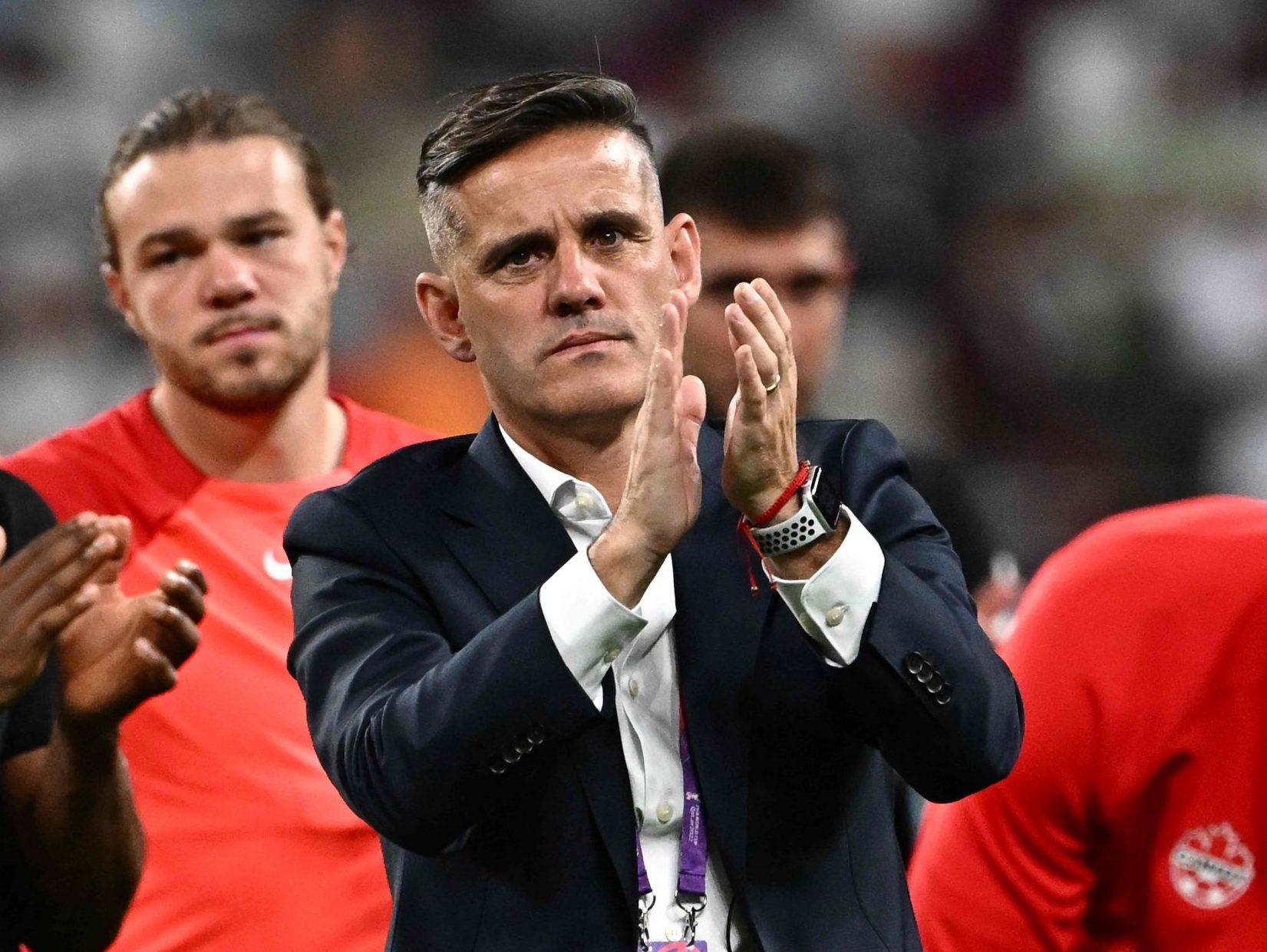 On the matter of Canada’s Great Effing Controversy, I keep coming back to the counterfactuals.

What if, in his post-match interview after the loss to Belgium, coach John Herdman had said he told his team that they were going to beat Croatia, rather than, you know, ‘eff’ them?

What if he had been even more deferential, saying that plucky little Canada was just going to try their best against a daunting opponent?

Or what if, in the three days between games, Herdman had taken the opportunity to offer a fulsome apology for his impolite words?

Are we really to believe that it would have made a difference?

If your position is that, yes, it would have, then you also must account for what might have taken place on the pitch in this alternative scenario. Because a world in which Herdman chooses his words more carefully remains one in which his midfield consisted of Atiba Hutchinson and Stephen Eustaquio, going up against the Croatian trio of Luka Modric, Mateo Kovacic and Marcelo Brozovic.

That is, Hutchinson, a 39-year-old who has barely played this season and was only cleared to be part of Canada’s squad on the eve of the World Cup, and Eustaquio, nursing a gimpy hamstring, competing in the crucial middle of the pitch with Modric, Champions League winner with Real Madrid; Kovacic, Champions League winner with Chelsea, and Brozovic, who plays for 2021 Italian champions Inter Milan. The lot of them, of course, made the World Cup final in 2018 with their national team.

It was, in the cold light of Monday morning, a tremendous mismatch. As it was in the steamy Sunday evening of Qatar, once the match had progressed beyond the frenzied opening stages, when Canada snuck in a quick punch and staggered Croatia before they had even gotten their feet set.

As the match settled and the Croatians grew into it, they seized control. Jonathan Osorio, the Canadian midfielder who was also an injury doubt but came on as a substitute, told reporters in Qatar that their opponents, essentially, figured them out.

Croatia’s three world-class midfielders had a numerical advantage in the middle of the park and went about finding the open man in space, controlling possession and dictating the game. Canada’s greatest strength — the pace of its attacking talent — could rarely be put to use simply because Croatia stopped the ball from getting up to them. At the other end, Croatia was generating so many chances that the goals became inevitable.

Different post-match commentary last Wednesday wouldn’t have changed any of that.

The Croatian side, not surprisingly, took considerable glee out of rubbing Herdman’s face in it. His opposing coach, Zltako Dalic, all but offered him a condescending pat on the head, saying he still had things to learn. And forward Andrej Kamaric, after scoring two goals, thanked Herdman for the motivation and said his country showed “who effed who.”

That one will sting and Herdman will have to wear it for, oh, about the next four years. There’s little doubt that in being quite so honest with his interviewer, Herdman poked the Croatia bear and set himself up for this kind of humiliation.   He had already said as much, repeatedly.

But Kramaric and his teammates cannot possibly have needed a spicy quote to get up for a World Cup game, especially when they began their campaign with a dull draw against Morocco and still had a match against a strong — if weirdly sleepy — Belgian side to come. They needed a result against the Canadians, even if their coach had been wholly respectful in the build up. They were going to give it their best. Their best was too much for a team that has almost no experience playing at that level.

None of this is to say that Herdman, undoubtedly the best coach that Canada Soccer has ever known, has had a flawless tournament. Leaving the penalty-kick decision to the players in the moment was strangely passive for a meticulous coach, and it cost his team dearly at a moment — early in the Belgium game — when Canada still had its whole World Cup open to it.

Failing to adjust when the Croatian midfield was bossing the second game was even more glaring, although on that count it’s not like Herdman had a bounty of options from which to choose. He didn’t have a couple of world-class midfielders on hand to sort out Modric, Kovacic and Brozovic.

And that, ultimately, is the point. When Canada drew into Group F against Belgium and Croatia, they were up against a couple of absolute heavyweights: A team that has spent much of the past four years as the top-ranked team in the world and another that made the final of the previous World Cup.

Canada’s only hope was that the European powers might be a little old and creaky. Belgium was, Croatia most definitely was not.

They looked a lot like the team won six games in 2018, including victories over England and Argentina. They were simply too much. A good young team ran into a better, experienced team.

Did Herdman do himself any favours with his salty words? He did not. But it didn’t matter. Canada was effed anyway.

Postmedia’s soccer expert Derek Van Diest is on the ground in Qatar to cover every kickoff of the 2022 FIFA World Cup.  Subscribe today  and get access to all his coverage.