Superdry shares crashed by almost a fifth as it fights to refinance a £70million loan to secure its future.

The fashion chain confirmed it is in talks with a specialist lender backed by activist investor Elliott Advisors to refinance the loan.

But the retailer said there was ‘no certainty’ a deal would be reached with Bantry Bay, and it is talking to other potential lenders. 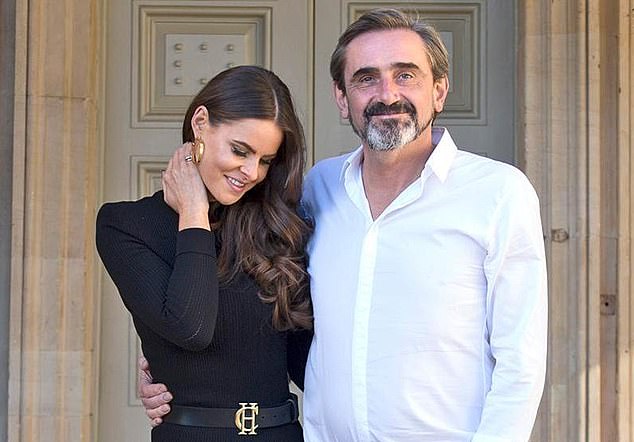 The grim update came after reports suggested talks between Superdry and the lender, a joint venture with Elliott run by Jonathan and Dennis Levine, were at an ‘advanced stage’.

It is feared a loan from Bantry Bay would carry higher interest payments than the one it is replacing from HSBC and BNP Paribas.

Shore Capital retail analyst Clive Black said: ‘It’s never good when you need emergency funding from what are essentially the vultures around the pitch.

‘They clearly haven’t been able to find conventional funding.

‘That sort of funding doesn’t tend to come cheap, so in terms of sustaining the life of Superdry it’s good news, but in terms of what it means for dilution of earnings and the balance sheet it is not where management would have wanted to be.’

Superdry last month warned there was a ‘material uncertainty’ it would be able to stay afloat if talks to refinance the loan fell through.

It needs to reach an agreement before the current loan expires at the end of January.

Founder and boss Julian Dunkerton also warned that Superdry faced a bleak economic outlook, with soaring inflation and a potential slowdown in spending.

Shares have fallen more than 60 per cent this year as fears mount over the increasing pressure on retailers.

The warning came despite Superdry swinging to a £21.9miliion profit for the year to the end of April, from a £12.6million loss 12 months earlier.

Sales climbed by 9.6 per cent to £609.6million as shoppers returned to stores following the end of lockdowns.

At the time, Dunkerton said that the business was ‘cool again’.

But one retail expert said yesterday Superdry was ‘just keeping its head above the water’ and is struggling to attract shoppers as it is ‘generally overpriced’.

They said: ‘For a while Superdry was a cool, premium and desirable brand but recently it has not been so much.’