Ron Rivera has been the rock, as a person and as a coach for a franchise that has so badly needed one, the commander of the dangerous Commanders.

“My second favorite locker room was Carolina when he was there,” quarterback Taylor Heinicke told Serby Says. “Obviously he played the game for a long time, he’s been coaching for a long time. He lets everyone be themselves. He requires that when you come to work you’re present and you work hard. And the guys do that, they respond very well to him.

“He does a great job of kind of keeping all the other noise outside the building. But he takes it all on and let’s us focus on football.”

Through the toxic noise about the ownership of Dan Snyder to the speculation about the possible sale to Jeff Bezos, among others, through his own cancer ordeal that began in the summer of 2020, through a 1-4 start that turned his seat hot, through the sorrow of losing his beloved mother Dolores, Rivera kept pounding.

“I think being able to keep the guys focused on what goes on on the field more than anything else, I think that’s the thing that really is important,” Rivera said. “We’ve had some distractions, we’ve had some crazy things that have happened on the field too with the injuries we’ve had to deal with from the beginning of the regular season to now, and next-man-up mentality seems to be stepping up. Let’s stay focused on what we say is important, and that’s what we do on the field. All the interesting stuff, they let me handle.”

He made the switch from Carson Wentz, even after Wentz had healed from a finger injury, because it became obvious the team believed in the unheralded Heinicke, and now the 6-5 Commanders, who host the Falcons on Sunday, are very much in play for a wild-card berth in the NFC East. 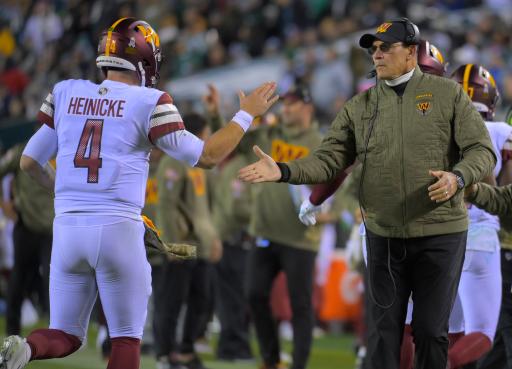 “Anything’s possible,” Rivera said. “Everybody’s still gotta play the Eagles, we’re done with them. We got the Giants coming [twice], we still got Dallas [Jan. 8]. … It’s one of those things I try to get across to our guys in, ‘Hey fellas, we control our own destiny but we gotta take ’em one at a time.’ ”

Washington’s 32-21 Monday night upset over the 8-0 Eagles at the Linc enabled the ’72 Dolphins to indulge in their cherished annual toast to their perfect season. Rivera believes he has a team that believes.

Heinicke (20 touchdowns, 15 interceptions) was 7-8 as a starter last season after Ryan Fitzpatrick (hip) was lost in Week 1.

“Taylor has this underdog mentality, this never-quit mentality, and I think the guys have seen it,” Rivera said. “We bring him in in 2020, and he just kind of rallies the guys and plays with his hair on fire and does a lot of good things that gives us a chance.”

Heinicke is one of the feel-good stories for all seasons, an undrafted free agent out of Old Dominion in 2015 who has been released by five teams and toiled last season as a backup QB in the XFL. It means everything to Heinicke the way his teammates have rallied around him.

“That’s what you want as a quarterback,” he said. “It’s nothing I try and do that’s not myself, I just try to be my authentic self every day, and that’s just coming in working hard. I try and develop those relationships in the locker room. When we have an hour or two and we don’t have meetings or practice and we get a little time off, I go around the locker room and try and kick it with all the guys — whether it’s linebackers, DBs, defensive linemen, anybody. So I think that goes a long way.”

It always does. As does his love for a game he almost lost.

“I was out of the league two years ago, so every time I step on that field, I treat it like it might be my last game, my last snap,” Heinicke said, “and I think guys kind of rally around that, and feed off my energy.” 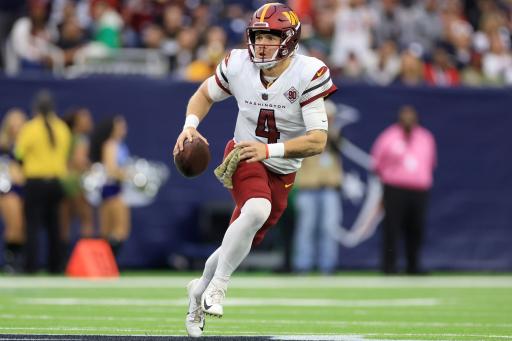 The Commanders have rallied around Taylor Heinicke.

What would he had done if football was no longer an option?

“That’s a great question, I still don’t know, I’m trying to figure that out,” he said. “When I was in the XFL and COIVD happened, I called Coach Scott Turner [Commanders offensive coordinator] and I was asking if there’s any coaching jobs open. I feel like when I’m done playing, that might be an avenue I go down.”

In the meantime, Heinicke carries the chip on his shoulder that all afterthoughts carry.

“Even to this day, I’m told I’m too small, don’t have a strong enough arm, can’t win games, this and that,” he said. “I hear it but I don’t really pay much attention to it. My biggest motto kind of going through the years is I’m trying to prove to people that believed in me right, not the doubters wrong.”

“I really grew up wanting to be him, and you kind of see a lot of my game in the passion I have is because of him,” Heinicke said. “I grew up watching him, Aaron Rodgers, and then when I really started studying film, I started watching a lot of Russell Wilson and Drew Brees.”

Understood. Heinicke is 6-foot-1, 205 pounds. He describes his quarterbacking style this way: “A little gunslinger-ish. Last year there were a lot of times where I threw some really bad interceptions, especially in the red zone, and that’s kind of that gunslinger mentality, I’m trying to even it out — I would say I’m trying to be a smart gunslinger, if that is even possible.”

Rivera cites the way team leaders such as Terry McLaurin and Jonathan Allen have spoken up and spread his messaging in the locker room, and an already fearsome defensive front is eager to welcome back defensive end Chase Young from a torn ACL suffered 12 months ago.

“Those guys collapse the pocket really quickly, so I feel for all those quarterbacks that we play against,” Heinicke said. 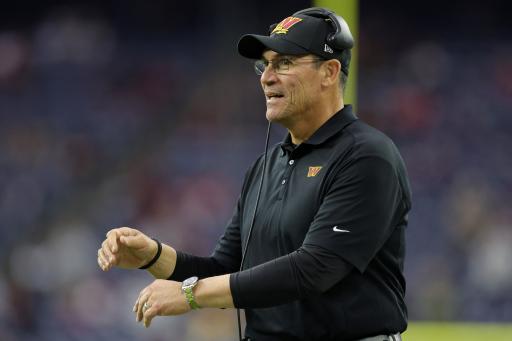 Ron Rivera has done a good job keeping outside distractions from affecting the Commanders.

Young will provide a psychological boost before he rounds into form.

Rivera somehow didn’t miss a game during his successful seven-week squamous cell cancer treatment that inspired the Commanders’ run to the 2020 division title.

“You have to be selfish,” he remembers his mother telling him, “and you have to take of yourself.” They would speak virtually every day.

“Mom was very protective. … She would go Mama Bear in a second on anybody that messed around with us,” Rivera said. “Mom was very private, she did a lot of stuff on her own. She didn’t look for a lot of help.”

His father Eugenio was a 32-year military man who served in the Vietnam War.

“With my dad, it was always about hard work and discipline,” Rivera said. “He never really talked about Vietnam — the one thing he did tell me though … So I get the head coaching job with the Carolina Panthers [in 2011], and I was home visiting that summer just before I had to go back for training camp, and my dad and I were talking, he looks and me and says: ‘ Now Ronnie, remember this: When all hell is breaking loose, when things are out of control, bad things are happening,’ he said, ‘You gotta be in control, you gotta be calm.’ He said, ‘ ’Cause when it all goes down, everybody’s gonna look to you for leadership, for directions, for the answer. And you can’t be out of control.’ ”

Rivera understood he needed to offer a mea culpa when he was asked last month why the Commanders were at the bottom of the NFC East and replied: “Quarterback.” As in quarterback Carson Wentz.

“That’s something I got from my dad and from my mom is about take responsibility.” Rivera said. “You have to step up, and you gotta be willing to do things that you should do as a leader. I’m very fortunate growing up in a military family.”

The commander’s Commanders are taking no prisoners.