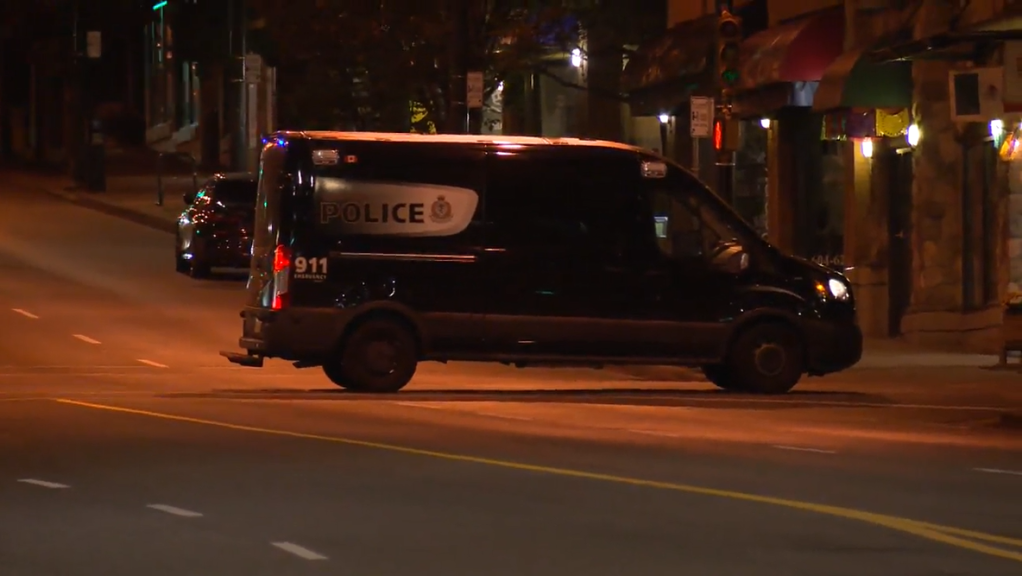 Vancouver police search for a suspect in a break and enter and attempted car theft that took place in Kitsilano on Thurs, Sept. 22, 2022.

Vancouver police have arrested and are recommending criminal charges after an alleged break and enter, and attempted car theft on Thursday night.

According to Sgt. Steve Addison, homeowners returned to their place in the Kitsilano neighbourhood around 11:30 p.m. to find someone had broken in, “ransacked it and stolen their car keys.”

When they went to their parkade to check on their vehicle, they found the suspect.

“It appears he had tried to steal the car, but stalled it because he was unfamiliar with how to drive a standard transmission,” Addison wrote in a Friday email.

“The suspect ran away, but our officers flooded the neighbourhood and arrested the suspect before he could get too far.”

Vancouver police said the suspect, a man in his 30s, is a “well-known property crime offender.” He was released from custody Friday on an undertaking to appear in court at a later date.

There were a number of break and enters in the area throughout the day and night, Addison added, and police are investigating to determine if they are connected.

When the Thunderbird opened on Winnipeg’s McPhillips Street in 1961, the small drive-in restaurant with the distinctive yellow sign was surrounded by agricultural fields. “The Thunderbird was an island amongst farmers’ fields in 1961. It’s now an island amongst parking lots,” said Peter Ginakes, whose family has owned the land and building ...

Israel Adesanya is willing to “bet his whole house” on featherweight champion Alexander Volkanovski beating lightweight champion Islam Makhachev. The former middleweight champion is teammates with Volkanovski, whose reign atop the 145lb division has seen him wipe out all but one previous champions and earn himself the No.1 pound-for-pound spot. ...

The New Ferrari Vision GranTurismo Is Virtually Awesome Sony’s Gran Turismo gaming franchise has been a playground for many exclusive virtual-only racecars from various automakers except for Ferrari. But that changes now, after 25 years, with the Vision GranTurismo. This is Ferrari’s first-ever virtually exclusive racecar, and it is ...

Trump expresses solidarity with Jan. 6 rioters who stormed the Capitol Former president Donald Trump expressed solidarity with the mob that attacked the U.S. Capitol on Jan. 6, 2021, sending a video of support to a fundraising event Thursday night hosted by a group called the Patriot Freedom Project ...

Profits in 15 sectors, including oil and gas, driving bulk of inflation: report A new report by the Centre for Future Work found that growth in corporate profits this year compared to pre-pandemic has been concentrated in a small number of sectors where consumer prices have also risen the ...

Fredericton police respond to report of shooting, 1 person in custody

EU to fine companies for breaking sanctions against Russia

How an arcane 96-year-old law stopped the rail strike