COTTAGE GROVE, Minn. — A woman who is 34 weeks pregnant was injured in a crash wish a suspected drunk driver on Friday.

Officials say the crash happened around 8:45 p.m. A man from Nebraska was driving the wrong way on Keats Avenue near 70th Street in Cottage Grove when he collided with another driver head-on.

The woman in the other car was taken to the hospital with non-life-threatening injuries. 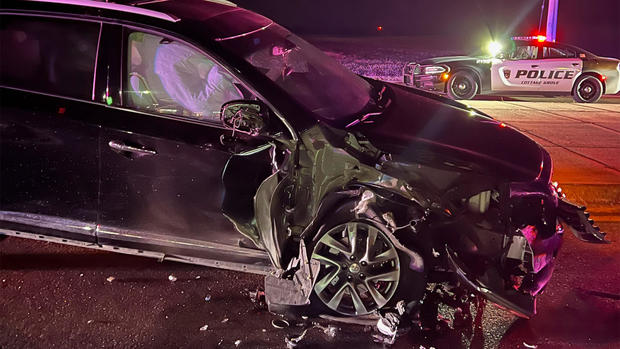 The Nebraska man was arrested on suspicion of driving under the influence.

1/29/2023 The available details of Rihanna’s return to the stage, including the Super Bowl 2023 date and the songs she may perform, are provided below. Recall that the NFL has announced that the Super Bowl LVII halftime show will feature Rihanna. Here we’ll look at the performance details, date, ...

After less than half a year, Intel quietly kills RISC-V dev environment Did Pathfinder get lost in Intel’s sea of red ink? Or is Chipzilla becoming RISC averse? Intel has shut down its RISC-V Pathfinder – an initiative it launched less than six months ago to encourage use of ...

James Martin, An Irish Goodbye What seems like a dream job to one person might be unappealing to another. And for some people, movie stardom might seem like a sweeter dream than Starbucks employment. But how often do you hear about someone who makes it far enough in the ...


View more: Despite An Oscar Nom, James Martin Is Returning To His Starbucks Job

She Lives Off The Grid In Alaska And Only Works 15 Hours Per Week: Here's How She And Her Husband Can Afford To Do This