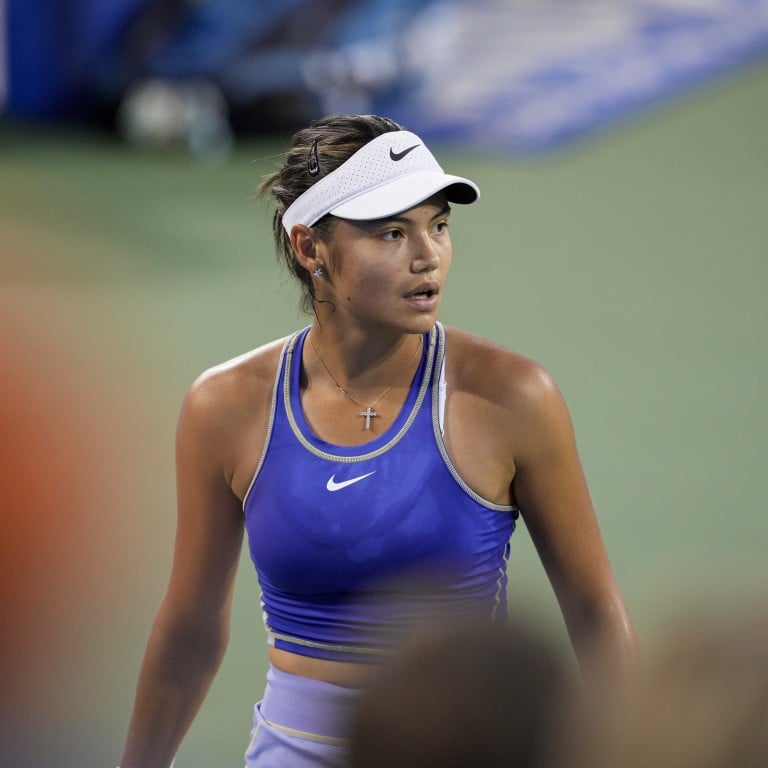 World No 1 Iga Swiatek and reigning US Open champion Emma Raducanu were both knocked out of the Cincinnati Open on Thursday, while second seed Anett Kontaveit also had her preparations for Flushing Meadows cut short in the round of 16.

Raducanu had beaten former grand slam champions Serena Williams and Victoria Azarenka in the previous two rounds but was brought down to earth with a bump in a 7-5 6-4 loss to American seventh seed Jessica Pegula.

Another American, Madison Keys, earlier accounted for Swiatek to take her place in the quarter-finals and register her first win over a reigning world No 1. 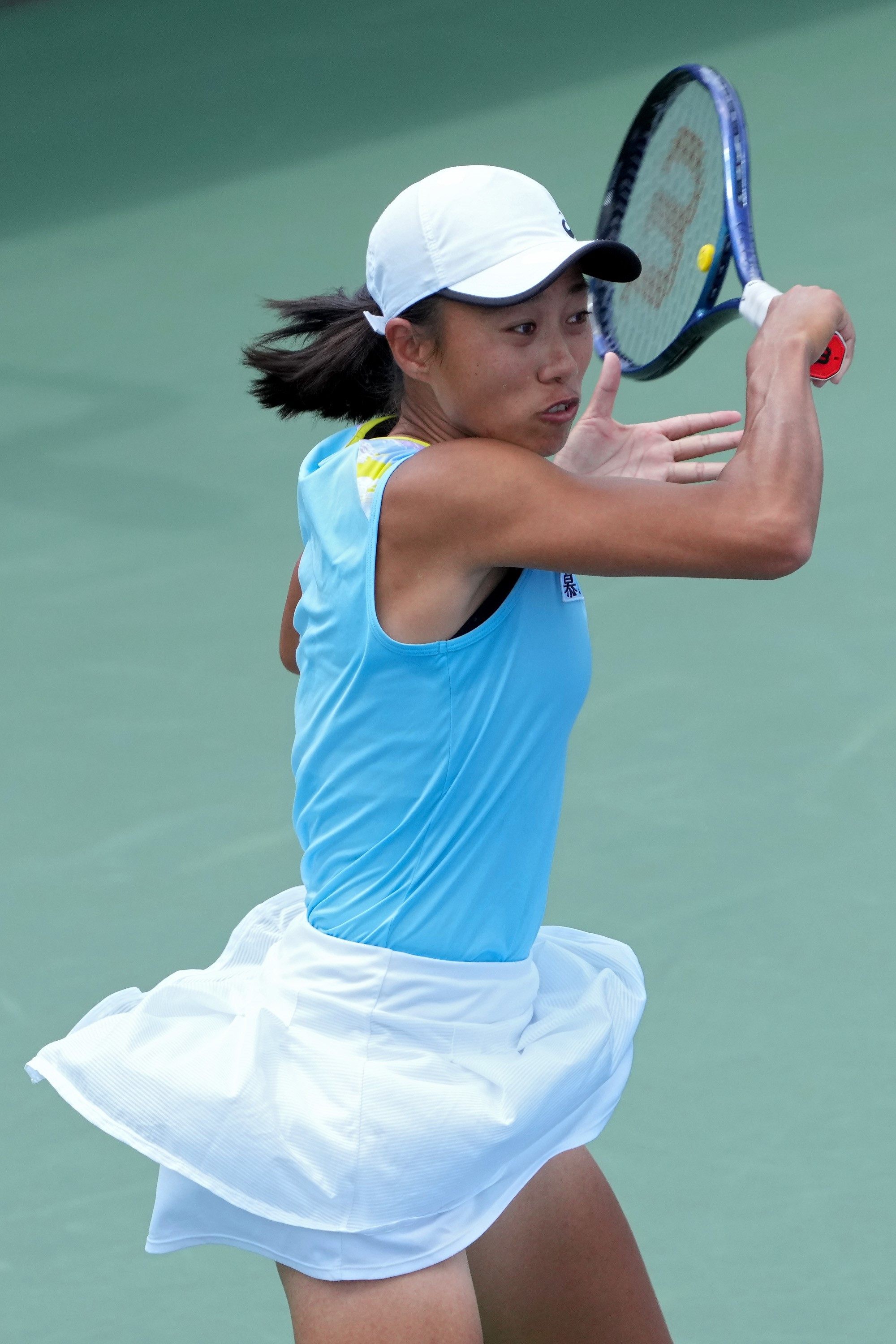 Swiatek saved four match points but was far from her best as she exited a second tournament in the North American swing at the last-16 stage after last week’s Canadian Open.

Keys had failed to take a set off the Pole in two previous meetings but was far more clinical with her powerful returns and groundstrokes, breaking the world No 1 five times in the 6-3 6-4 victory.

“I obviously had a couple of games with a couple of match points, but I’m just so happy to be able to get the win,” said Keys, the 2019 Cincinnati champion.

“The last time I played her she beat me pretty badly, so I’m pretty glad to get that one under my belt.”

Keys will next face Wimbledon champion Elena Rybakina, who beat Alison Riske-Amritraj 6-2 6-4 to sail into the quarter-finals.

Wimbledon finalist and fifth seed Ons Jabeur also made her exit, ushered out of the door by twice major winner Petra Kvitova 6-1 4-6 6-0.

“The restaurant is still open and I’m going to get five Graeter’s ice creams,” said Tomljanovic, who was backing up after finishing her previous match at 1.30am local time on Thursday.

World No 2 Kontaveit looked to have taken charge of her tie against Zhang Shuai when she won the opening set at a canter but her Chinese opponent dug deep to claim a stunning 2-6 6-4 6-4 upset.

Zhang came from a break down in the third set to upset Kontaveit – her fifth top 5 win overall, and first top 10 win since defeating Angelique Kerber in 2018.

Eighth seed Aryna Sabalenka later takes on Shelby Rogers for a place in the last eight.

Sharks vs. Predators prediction: Take a bite with San Jose

Leslie would disgracefully be denied an England appearance due to the colour of his skin after selectors discovered his heritage.

MANCHESTER, United Kingdom – Manchester City manager Pep Guardiola has praised the manner in which his star-studded squad have embraced the arrival of Erling Haaland without getting jealous over the Norwegian’s media attention. Haaland has scored 19 times in 11 competitive games for the English champions, in a stunning start ...


View more: Pep Guardiola insists it is too early to tell whether England star Kyle Walker will recover in time for the World Cup... as the Manchester City right-back begins his recovery after undergoing groin surgery this week

How to watch USWNT vs. England friendly at Wembley Stadium originally appeared on NBC Sports Chicago The U.S. will face England in two highly anticipated matches over the next two months. Before the two men’s squads go head-to-head in a pivotal 2022 World Cup group stage match in Qatar, ...


View more: How to Watch USWNT Vs. England Friendly at Wembley Stadium


View more: 'Do I burn it now?': Kevin De Bruyne's hilarious reaction as the Man City star is presented with a United shirt with his name and number on the back in awkward video

'You're a grown man, stop shouting and bawling!' Under-pressure West Brom boss Steve Bruce is filmed confronting an irate fan for shouting 'get out my effing club' after defeat at Preston that left them in the Championship relegation zone

Golf: Fans out in force to party as LIV Invitational Bangkok tees off

Horse racing tips: Three eyecatching picks to bash the bookies on a big day of racing from Newmarket and York

Mikel Arteta rejects comparisons between William Saliba and Virgil van Dijk... as the Arsenal boss reveals he's 'really happy' with the defender's progress but wants the Frenchman to 'make his own career'

Newcastle star Allan Saint-Maximin could be back to face Brentford

Still got it! Zlatan Ibrahimovic shows off chiselled physique having just turned 41-years-old as the AC Milan forward models for Italian fashion label DSQUARED2 and shows off his own 'IBRA' line

'Play smart but play nasty as well': Erik ten Hag calls on his Manchester United stars to wise up with aggressive approach following a series of 'unnecessary' yellow cards for his side

Donny van de Beek will MISS Manchester United's trip to Everton due to ongoing 'muscle injury', confirms Erik ten Hag... as Dutch international is urged to 'fight for his position' after fitness issues

Liverpool news: Andy Robertson close to a return, Curtis Jones back in training

Jurgen Klopp: Being ‘unpredictable’ is currently missing at Liverpool

Xabi Alonso has been tracked by Bayern Munich and has a superb reputation as a youth coach... so why has he taken his first senior management role at Bundesliga strugglers Bayer Leverkusen?

Max Verstappen could win his second F1 world title amid budget cap row, but can Lewis Hamilton, Ferrari or even rain stop the Red Bull star at the legendary Suzuka circuit? SEVEN things to look out for at the return of the Japanese Grand Prix

Jamie Carragher praises William Saliba's impact at Arsenal as he admits the defender is the same 'mould' as Virgil van Dijk... but claims Gunners centre-back still has 'a LONG way to go' to reach the Dutchman's level

'I forgive you, I love you all... in Cooper we trust!': Nottingham Forest fans are delighted as owner Evangelos Marinakis pulls off a HUGE U-turn to hand manager Steve Cooper a new three-year contract just days after almost sacking him