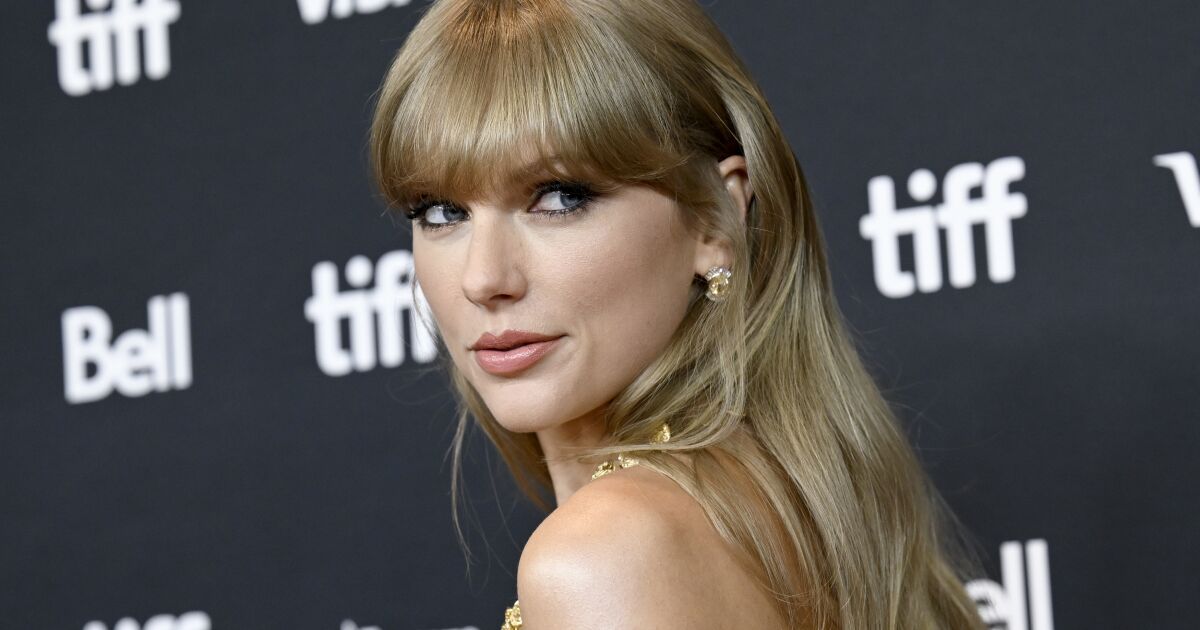 If something is keeping you up at night, Taylor Swift’s new album appears designed to remedy that very thing. For her anyway.

The Grammy-winning singer-songwriter on Thursday revealed the tracklist for her forthcoming album, “Midnights,” which chronicles “the stories of 13 sleepless nights.”

Swift literally kept her fans up Thursday to Friday night with hourly, middle-of-the-night reveals on TikTok teasing the new album, which strikes on Oct. 21.

Side A, she said, leads with “Lavender Haze,” a “Mad Men” reference to her relationship with actor Joe Alwyn, and continues with “Maroon,” “Anti-Hero,” “Snow on the Beach” (a collaboration with singer Lana Del Rey), “You’re on Your Own, Kid” and “Midnight Rain.”

In a video she shared earlier this week, the superstar said that “Anti-Hero” is her favorite song that she’s ever written and delves deep into her insecurities and her struggle with her “unmanageably sized” life.

Side B features “Question…?” “Vigilante S—,” “Bejeweled,” “Labyrinth,” “Karma” (a track rumored to be about her drama with rapper Kanye West and reality star Kim Kardashian), “Sweet Nothing” and “Mastermind.”

The 32-year-old global phenom announced “Midnights” in August upon taking the top prize at the MTV Video Music Awards. The new music comes after she released dual 2020 projects — the Grammy Award-winning album “Folklore” and its follow-up “Evermore” — only five months apart.

Last year, she released her re-recorded “Taylor’s Version” albums of 2008’s “Fearless” and 2012’s “Red” to much fanfare. (The re-recording made good on her 2019 pledge to take back ownership of the six-album catalog she lost when Scooter Braun purchased and sold her previous record label, Big Machine.)

Earlier this week, Swift launched a kitschy “Midnights Mayhem With Me” series on TikTok that featured the musician playing a retro bingo-style game to revealed a new track name each night. The album will also have four covers, and if fans put them together, they will make a clock.

“We lie awake in love and and in fear, in turmoil and in tears,” she wrote on Twitter in August, sharing an image of tracks numbered from “one” to “thirteen” accompanying the album announcement. “We stare at walls and drink until they speak back. We twist in self-made cages and pray that we aren’t — right this minute — about to make some fateful life-altering mistake.

“This is a collection of music written in the middle of the night, a journey through terrors and sweet dreams. The floors we pace and the demons we face. For all of us who have tossed and turned and decided to keep the lanterns lit and go searching — hoping that just maybe, when the clock strikes twelve … we’ll meet ourselves.”

They’re lovin’ it. An Atlanta couple will probably never look at fast food the same way after their baby girl entered the world at a McDonald’s. Alandria Worthy, who moved to Georgia last weekend with her fiancé, gave birth at the fast food restaurant after they stopped there for a ...

Canada Post is preparing for the rush of parcel shipments, but man’s best friend is causing some trouble for delivery agents. “Every day, our employees deliver to millions of homes across Canada,” Canada Post said in a press release. “An estimated 36 per cent of these households have dogs, according ...

Authorities say the teenager used his family's car to go from one school to the other, and had the license plate hidden by a cloth

‘Living hell’ and the destruction of academic freedom

Stanford University professor of medicine Jay Bhattacharya says academic freedom has declined at the prestigious university. Getty Images If universities don’t protect free speech and open debate, they’re no better than finishing schools, if not outright propaganda factories — serving not the nation or the search for truth, but ...


View more: ‘Living hell’ and the destruction of academic freedom

On the annual shopping crazed day known as Black Friday, Tampa Bay Area defenses wanted to make sure there was no evening shopping being done by offenses in region final action. Some of the teams playing on Friday night were newbies to taking part in a region final, while ...

A SpaceX Falcon 9 rocket launched on Saturday from Kennedy Space Centre on the 52nd successful flight of the year from the Space Coast. The CRS-26 mission lifted off from Launch Pad 39-A on a resupply run to the International Space Station at 2.20pm. A brand-new cargo Dragon spacecraft ...

A Fleet Of 10: Air Peace Takes Another Two Airbus A320s

A Fleet Of 10: Air Peace Takes Another Two Airbus A320s Nigerian-based Air Peace has officially welcomed two new Airbus narrowbodies to its expanding fleet as part of its six-month damp-lease agreement with ACMI charter and cargo operator SmarLynx Airlines. With an expanded fleet, Air Peace will ramp up ...

Get these free printable Thanksgiving placemats, with coloring activities and games to keep the kids engaged until it’s time to eat. This year has flown by quickly, and while it has been unlike any other, I remind myself that there is much to be thankful for. While we won’t be ...

Opinion: Leon Goretzka, Germany set a positive example in their stand against discrimination

Kylian Mbappe blasts defending champion France into round of 16

“Se queda”: Why Kimmich should stay in Germany’s midfield according to Javi Martinez

The Best Place To Live In Pennsylvania

Warriors GM Bob Myers Reveals DeMarcus Cousins Called Him To Ask Why He Isn't In The NBA: "People Are Afraid..."