She is the daughter of E Street star Alyssa-Jane Cook who rose to fame thanks to her regular role as Lisa Bennett on the iconic Australian soap opera in the 80s and 90s.

And actress Georgia May Davis was the spitting image of her famous mother as she stepped on the red carpet at the 2022 AACTA Awards in Sydney on Wednesday.

The talented actress, 27, showed off her tanned and toned pins in a black and white mini dress. 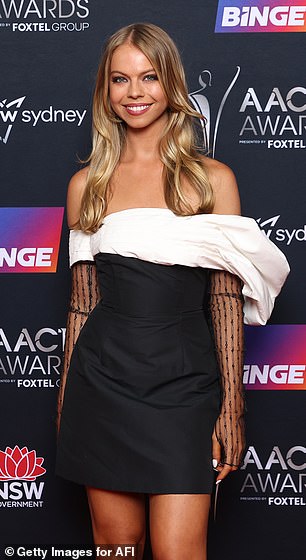 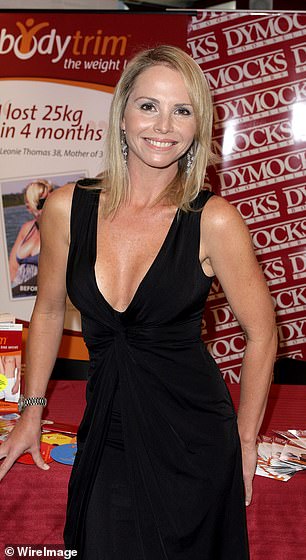 Alyssa-Jane Cook’s daughter Georgia May Davis, left, looked the spitting images of the E Street star (pictured right in 2008) at the AACTA Awards on Wednesday

Georgia flaunted her slim figure in the gorgeous frock, which featured white detailing and lace gloves, and accessorised with a pair of black strappy high heels.

She curled her blonde locks and sported a fresh spray tan skin as she posed in front of countless cameras.

Born in London, Georgia may best be known for her role in the 2021 television series Dive Club, which aired on Network 10 and Netflix. 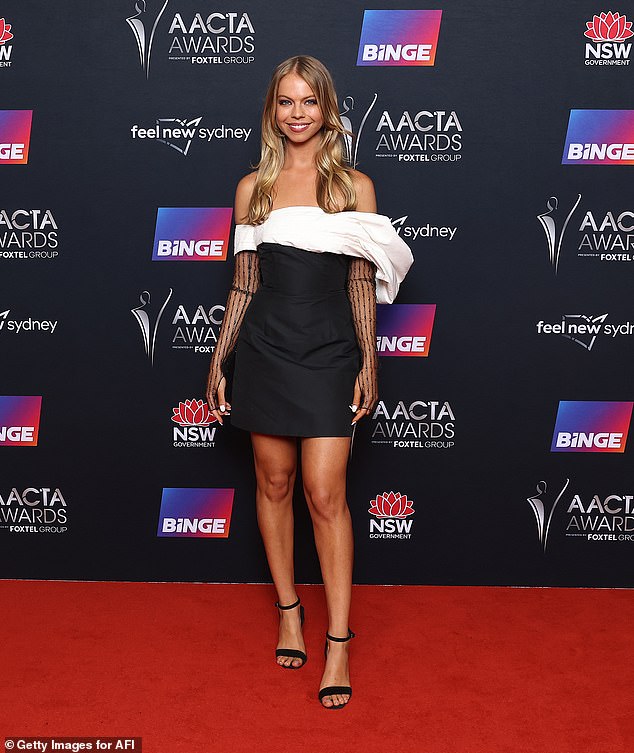 The talented actress, 27, showed off her trim and tanned pins in a black and white mini dress

The crime series was set in a fictional seaside town and focused on a group of teenage divers.

She played the pivotal role of Lauren Rose whose disappearance prompted a missing persons investigation.

Filmed in Port Douglas on the Great Barrier Reef, it was the latest in a string of credits to her name which included a reboot of hit 1980s star-finder, Young Talent Time. 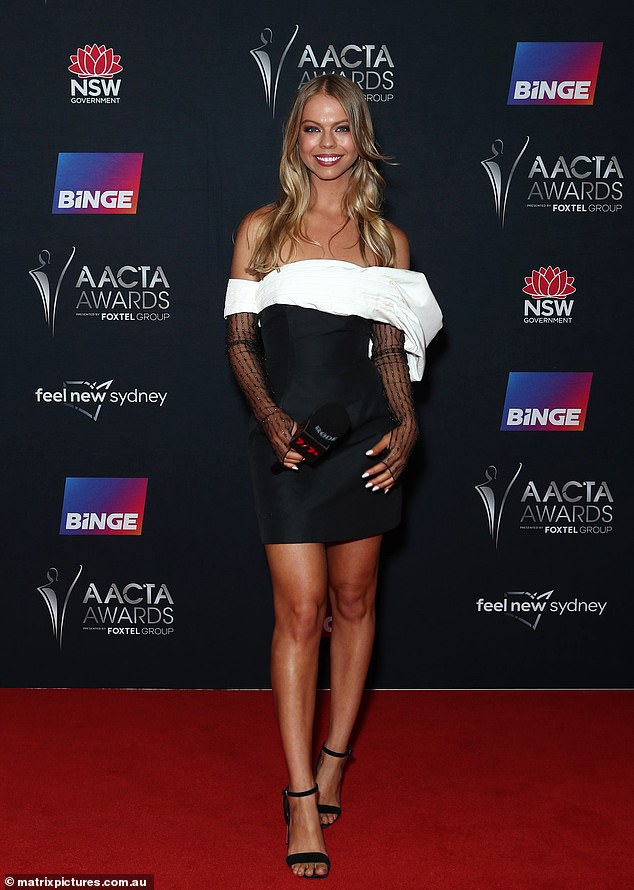 As a member of the Disney family, Georgia has hosted many red carpet events in the past and interviewed countless artists from Rihanna to Cate Blanchett.

Later, she graduated with a Bachelor of Media degree from Macquarie University. 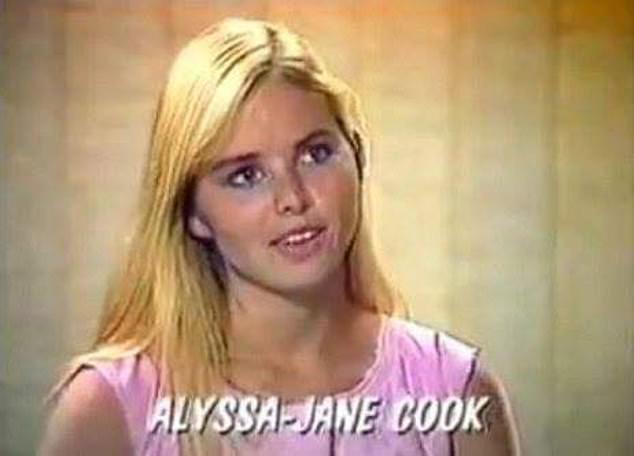 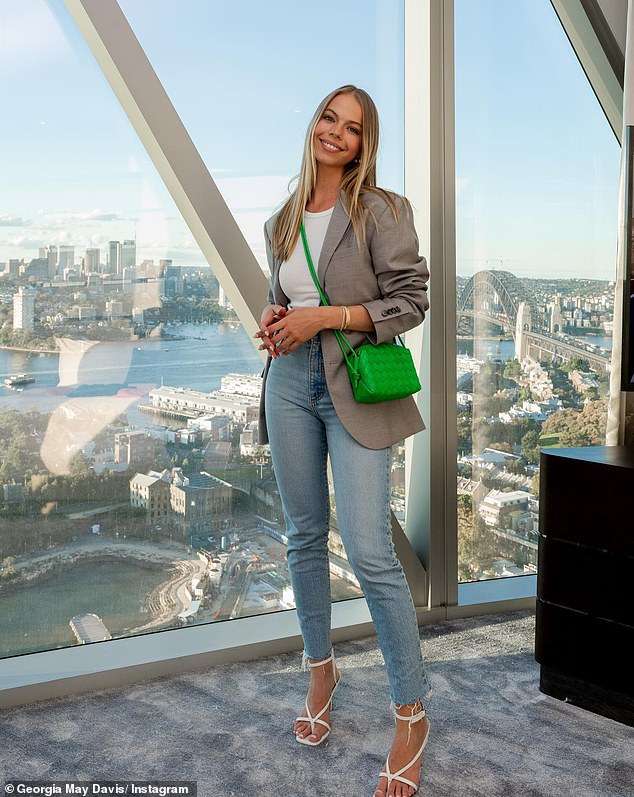 Georgia played the pivotal role of Lauren Rose whose disappearance prompted a missing persons investigation in the 2021 series, Dive Club