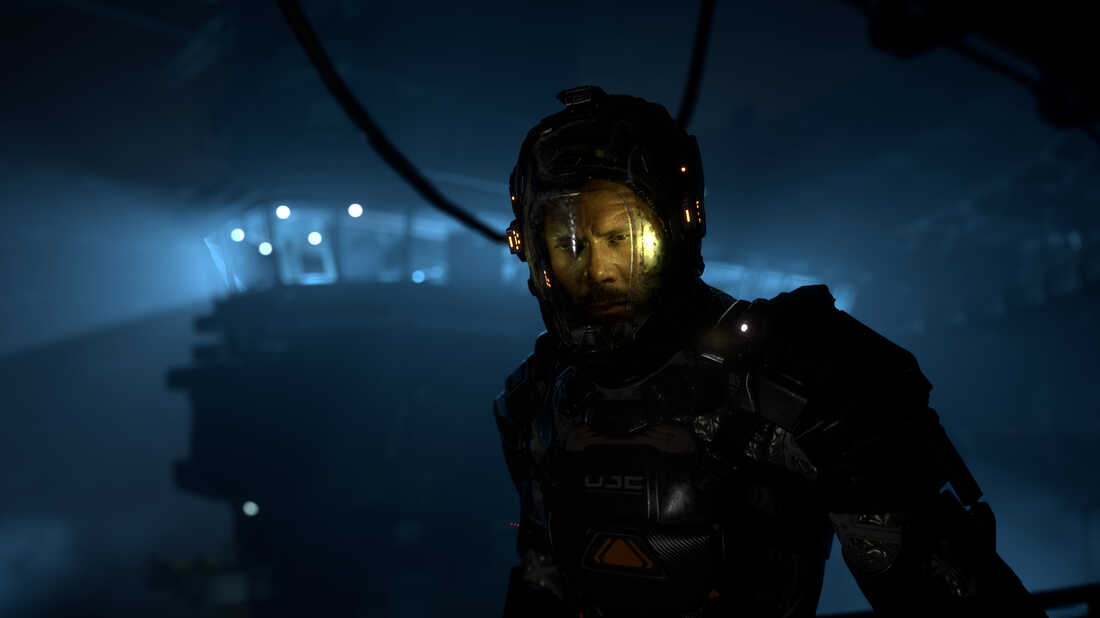 2008’s Dead Space hit the gaming world like a gut-punch. Terrifying and brilliantly immersive, it showed how much a game could get us to tense up and squirm in our seats.

Now, Dead Space’s director, Glen Schofield, is back with The Callisto Protocol. He and his new studio took what worked for that classic and cranked it up to 11.

“I asked them what type of game they were trying to create,” says The Boys star Karen Fukuhara, who plays central character Dani Nakamura in the game. “And they said that they wanted it to be the scariest survival horror game ever made.”

While time will only tell if it will earn that lofty title, The Callisto Protocol is certainly creative and visceral enough to get your blood pumping. 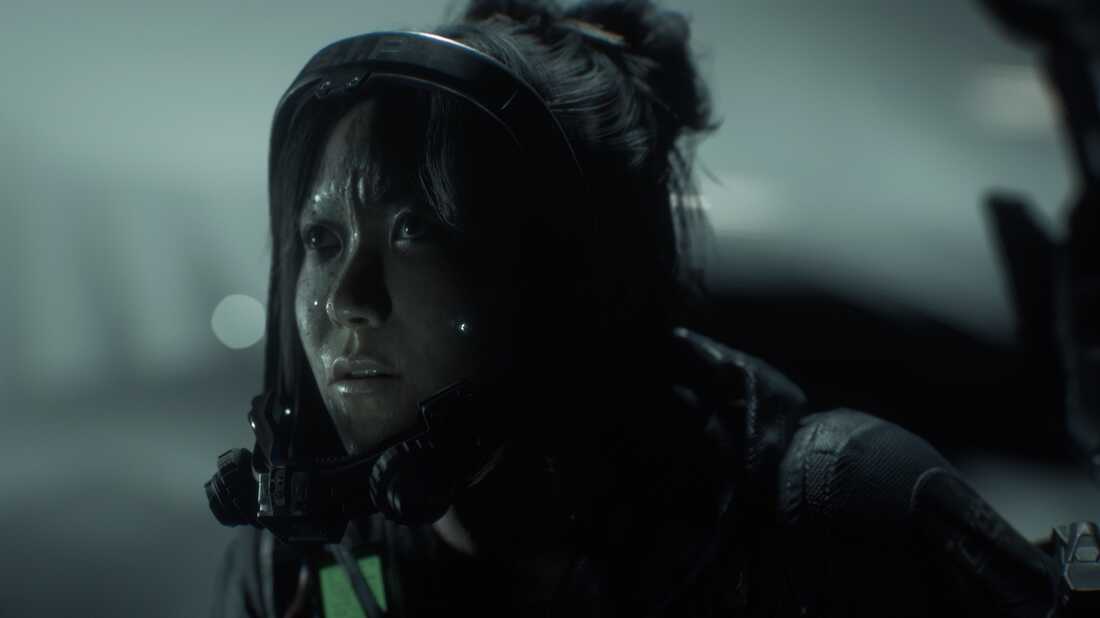 The Callisto Protocol throws you into the shoes of Jacob Lee, portrayed by Josh Duhamel, fighting for his life in a prison colony on Jupiter’s titular moon. But something even more sinister than incarceration lurks on Callisto: something has caused many of the inhabitants to turn into violent and grotesque mutants called the Biophage.

Biophages range from zombie-like monstrosities to more “evolved” aberrations, eager to snap your head off your spine in the blink of an eye. And you have to fight your way through hordes of them as they wait in ambush. But it’s not the creatures per se that make the game scary. Rather, it’s everything around them.

“The truth of the matter is that everything is leading up to a jump scare, or some sort of scare,” director Schofield says. “Because what’s tension without a scare at the end or somewhere along it? Everything is building up to something.” 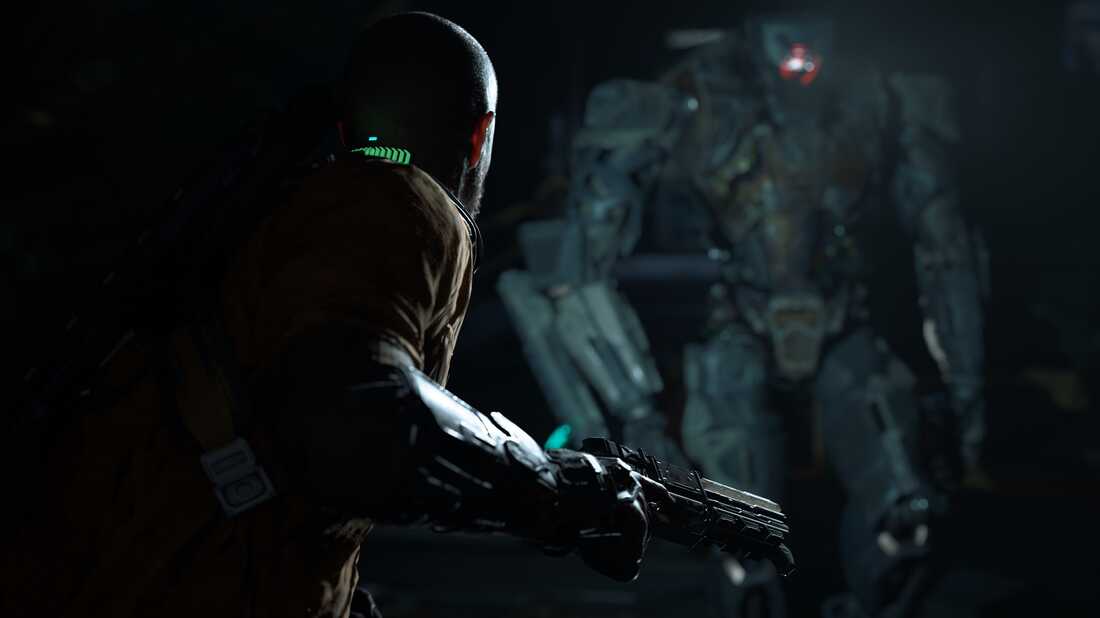 According to Schofield, Callisto draws some inspiration from titles like Resident Evil and Silent Hill, as well as films like Alien and The Thing — and it shows. The atmosphere keeps your nerves on edge. You’ll walk through dimly lit and blood-smeared hallways, hearing monsters growling and scuffling in the vents until one of them suddenly leaps on you from the shadows, forcing you to struggle your way out of their grasp.

The sound design is also superb. Immersive audio enhances the uneasiness, from the creatures you encounter to the game’s score itself. The devs used a unique instrument, the Apprehension Engine, which specifically makes creepy sounds, to add to the game’s hellish soundscape.

Even the doors can be scary. They groan and screech when they open up to the next area, revealing trails of mutilated corpses and the reverberating shrieks around them.

But despite the bleak setting, there’s still time for interesting lore uncovered through audio logs and touching moments that move the story forward. You come to care about the characters and understand their plight, giving you reason to press on and see their journey through.

All guts, all gorey

You will die. Punishing combat will lead to frequent game-overs that are hard to watch. You’ll see Jacob pulverized and dismembered in every imaginable way to remind you that you failed. Successful players will see the same fate befall their enemies though, and it’s extremely satisfying to pummel and blast away at the Biophage. 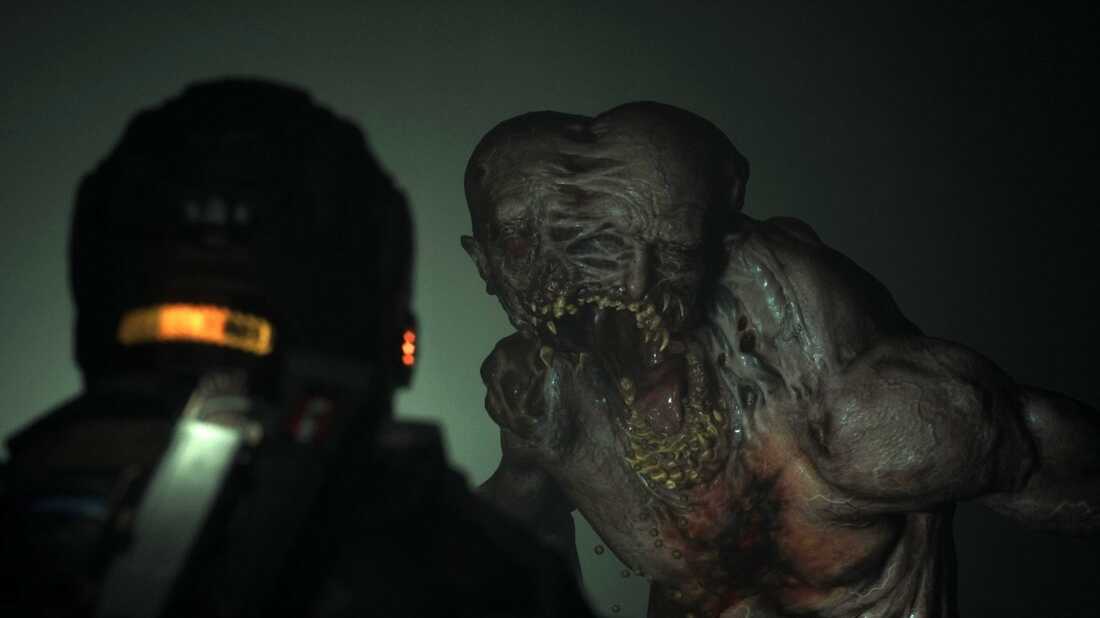 Over time, you’ll learn the game’s kill-or-be-killed rhythm. Callisto also provides you with an ample arsenal, including a hand cannon, a shotgun, and the Gravity Restraint Projector (GRP), which lets you pick up enemies and toss them into whirring fan blades and other hazards. It’s a beefy upgrade on other survival horror games, which might give you a knife and maybe a few bullets for your pea shooter.

“My thinking was ‘nah, you can do more than that.’ You could have more [than] that and still have it be survival horror. And so we’ve really brought it in your face,” said Schofield. “I think that we really evolved the combat in a horror game.”

Schofield also describes Callisto as a “thinking person’s horror game.” It allows for some strategy with your equipment, but combat is so up-close-and-personal that you’ll likely be overrun and overwhelmed, wildly swinging at the nearest foe, and one mistake can be fatal.

There’s a reactive dodging mechanic, where you push left and right to weave through telegraphed attacks, but you can’t do it too much or Jacob will get exhausted. You’ll want to utilize your accessories and ranged weapons, and have a game plan for when you run out of ammo. 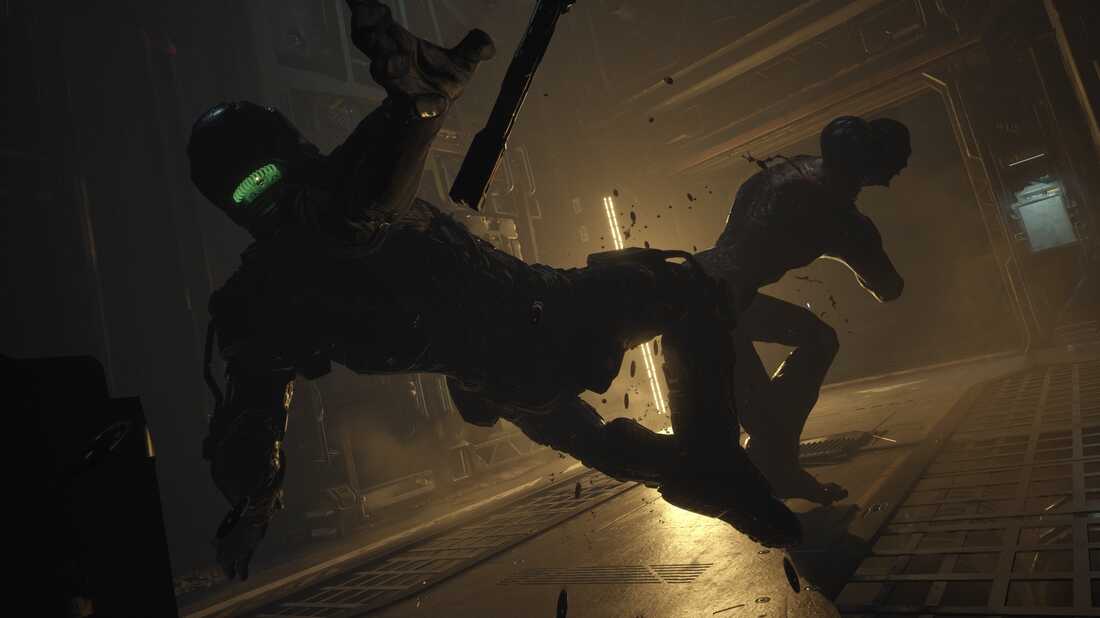 Despite an impressive arsenal, combat in The Callisto Protocol can still get scrappy and frenetic. Striking Distance Studios hide caption

Despite retreading familiar game mechanics in the survival horror genre, The Callisto Protocol offers a meaningful update to what made Dead Space such a revered classic.

There’s plenty of bloodshed, but underneath it all there’s an intriguing story carried by compelling performances that humanize the characters, as you unveil the backstory behind Jacob, Dani, and the Black Iron Prison.

It’s not for the faint of heart, but if you have the stomach for it there’s a lot to love. It’s challenging and unsettling, but with a little bit of grit and guts, you’ll make it through. Just be prepared to watch poor Jacob’s face get ripped off a few times.