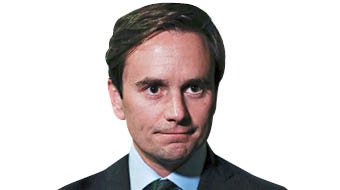 When we see other people struggling, as so many clearly are in the current cost of living crisis, it’s only right for all of us to ask what we can do to help – especially businesses like ours.

In recent months, we’ve seen customers increasingly rely on food banks and struggling to feed their families, which is why we’ve come up with the idea of The Iceland Food Club. This is specifically designed to help families manage their finances as the cost of everyday essentials continues to rise, despite our best efforts to hold our own prices down as far and for as long as we can.

The Food Club allows members to apply for microloans of £25–100 on a pre-loaded card, which can be used in any Iceland or The Food Warehouse store. The loans are repaid at the rate of £10 a week, on a day of the member’s choice, and are available in six annual windows coinciding with school holidays, when family finances are usually most acutely stretched.

Indeed, the starting point for this initiative was a taskforce of Iceland colleagues looking at ways to support children at risk of hunger, particularly those on free school meals who are obviously at extra risk when schools are closed.

Some critics have been quick to come forward and say that buying food on credit cannot be the answer. Usually, I note, these are middle class people who have no difficulty accessing mainstream banks themselves, and would not think twice about paying for their own weekly shop with a credit card.

We have developed the Iceland Food Club in partnership with Fair For You, an award-winning, charity-owned ethical lender that is backed by leading social investors and is dedicated to helping the staggering 20 million of our fellow citizens who struggle to access credit from mainstream institutions.

And far from being a spur of the moment brainwave in response to the current crisis, this is an initiative we and Fair For You have extensively trialled through 18 months of regional pilots, which have helped 5,000 families and generated amazingly positive results.

An independent social impact report on the trial showed that 95 per cent of participants found the Food Club helpful; 92 per cent were able to end or reduce their use of food banks; more than 80 per cent were able to stop borrowing from high-cost loan sharks; 71 per cent said they were less likely to fall behind on rent, council tax or other bills; 65 per cent said their diet had improved; and 57 per cent reported a reduction in stress, anxiety and depression about their finances.

During the trial Fair For You made their usual low interest charges on the microloans; for the national roll-out Iceland is bearing that cost so that all Food Club loans will be completely interest-free.

All the evidence we have seen from our own trials – and from researching the widespread use of microcredit around the world – is that it is a really helpful way of managing low and irregular incomes, and improving the quality of life and the self-respect of those taking part.

We are also deliberately making the loans available only in school holiday windows to ensure that they are used for smoothing out incomes rather than inducing permanent dependence.

There are currently 8.4 million people in food poverty in the UK, and I really hope that our Food Club will help a significant number of people to break out of this depressing cycle. Anyone can apply for a card.

But, of course, it’s not enough. We’re also doing a whole host of other things to try to help – from over-60s discounts, price freezes and mega-deals to a special Christmas savings scheme.

Like other supermarkets, we are striving to crack down on food waste and redistribute edible surpluses to food banks and other community organisations, with the equivalent of 2.3 million meals redistributed last year, and a higher target set for 2022/23.

In these exceptionally tough times, I hope that other businesses and indeed governments will also look to innovative ways all of us can work together with charities, community organisations and the whole public sector to lend a helping hand to those most in need.

Richard Walker is the managing director of Iceland Foods. He is on Twitter @icelandrichard

Letters to the Editor: L.A.'s animal shelters are in crisis. How can the public help?


View more: Ian, Now a Tropical Storm, Will Continue it's Path of Destruction Through Friday. Here's Where it's Headed


View more: Megxit brought William and Charles closer together and Prince Andrew was 'protected by the Queen' - but WON'T be a key part of the streamlined monarchy because the King doesn't want to be 'affected by scandals past and present'

Kirsten Dunst was seen enjoying some quality time with her family in Los Angeles on Wednesday. The actress, 40, stepped out with new husband Jesse Plemons, 34, and their sons Ennis, four, and James, one, for dinner. It comes after the couple, who have been together for six years in ...


View more: Kirsten Dunst proudly wears a Cher T-shirt as she enjoys a family dinner with husband Jesse Plemons and their young sons in LA

From 22 to 24 September 2023, almost exactly one year from now, Suzuki South Africa will play host to the “Jimny Safari Town Festival and Jimny Gathering” in Clarens, Free State. The gathering is coined the “largest Suzuki Jimny gathering in the Southern Hemisphere, and possibly the world,” said ...

Cheryl reflected on losing her late bandmate Sarah Harding and said she wants to remember her friendship with the 'bubbly' star rather than her illnessThe Girls Aloud star, 39, spoke about spending some of Sarah's last days together where they 'laughed and cried'Sarah died aged 39 in September last year after being diagnosed with breast cancer, which then spread to other parts of her bodyReflecting on Sarah's tragic death, Cheryl said she wants to remember her friend from before her cancer diagnosisCheryl previously said Sarah's last wish was for her bandmates to create a gala in her memory, leading to them planning Sarah's Primrose Ball


View more: 'I would like to remember her before her illness': Cheryl says she wants to forget late bandmate Sarah Harding's cancer and focus on their friendship as she speaks ahead of gala fundraiser

Getty Images A California woman has been charged with killing a man by ramming her car into him after accusing him of trying to run over a cat in the street, authorities said Wednesday. Hannah Star Esser, 20, was charged with murder in the death of Victor Anthony Luis, ...


View more: Calif. Woman Charged With Murder After Allegedly Running Over a Man She Thought Was Killing a Cat

Letters to the Editor: The Constitution is flawed, but it works. Changing it invites upheaval

Column: We weren’t supposed to get anywhere near 1 million COVID deaths in the U.S. Then we did