The EPA Says This Subcompact Coupe Has the Worst Gas Mileage, and It Isn’t What You Think

When one thinks of subcompact cars, eco-friendly, minimalist, and incredibly cheap vehicles come to mind. One of the many benefits of a subcompact car is stellar gas mileage, typically in the 30-40 mpg range. Government institutions rate manufacturer offerings to provide more information to the public on fuel economy and other priorities. However, the Environmental Protection Agency (EPA) seems to have quite an interesting way of defining a subcompact car.

How does the EPA define subcompact? 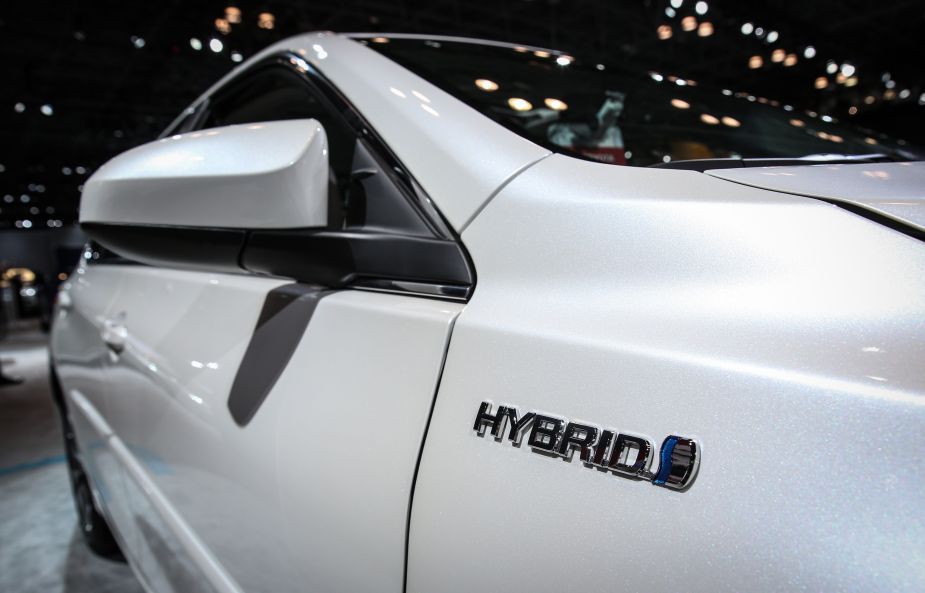 Automaker designations aside, the EPA has its own classification system for vehicles. Federal Regulation, Title 40—Protection of Environment, §600.315-08 “Classes of comparable automobiles,” defines a range by interior volume index.

Despite what type of car a manufacturer says it is, the EPA could define it in a completely different class. Sometimes, those definitions don’t make sense with their results and lead to shocking results for the thirstiest subcompact.

Which subcompact did the EPA rate with the worst gas mileage? 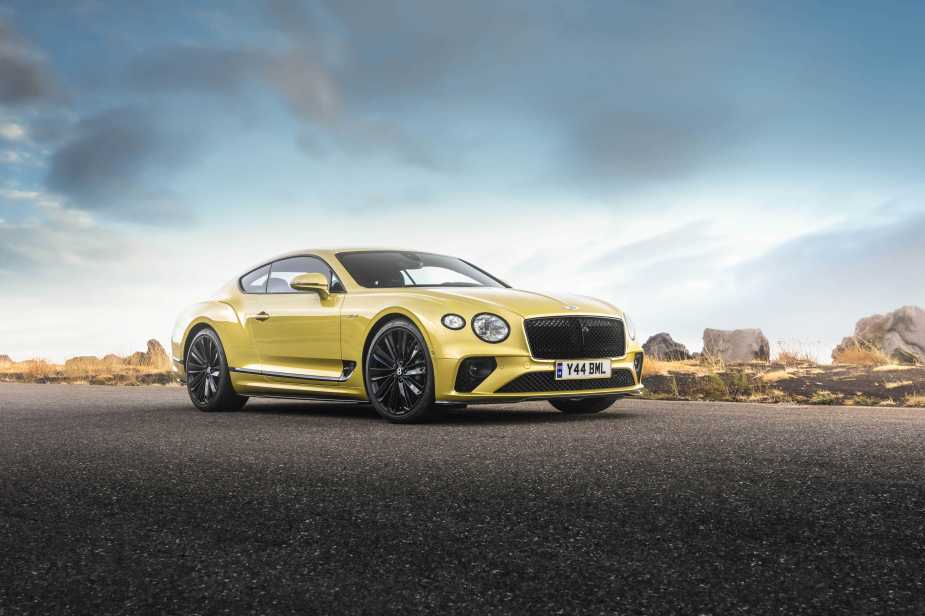 Considering the above chart, it’s surprising to see what fits into those interior space limitations. Therefore, the subcompact that achieved the worst gas mileage wasn’t an affordable small sedan with a wheezy four-cylinder. No, it was a Bentley Continental GT Speed.

Yes, that’s correct. The Bentley Continental GT Speed’s 87 cubic feet of interior space puts it in the EPA subcompact class. It also has a rather low trunk volume of just 11 cubic feet. Nevertheless, it should be enough for a shopping day on Rodeo Drive. 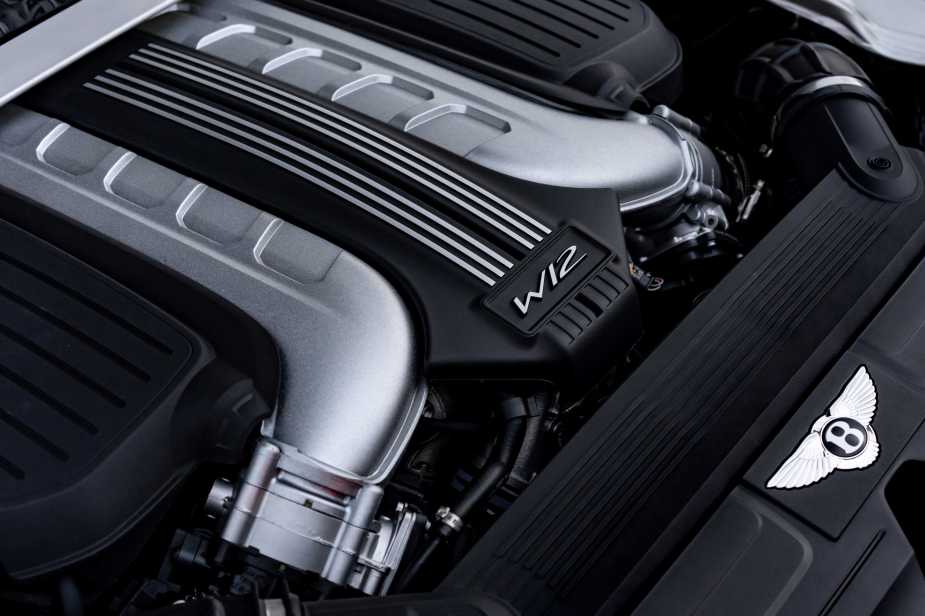 When creating their best and worst fuel economy chart, the EPA uses combined gas mileage. With a city mpg figure of 12 and 20 mpg on the highway, the Bentley gets a combined 15 mpg. It’s nearly half the EPA’s 2023 vehicle average of 28 mpg. Yet, that’s to be expected when there’s a 6.0-liter twin-turbocharged W12 under the hood.

Although it weighs well over two tons, the 650-horsepower GT Speed doesn’t just turn fuel into noise; it’s immensely fast. Car and Driver estimates they can launch the mammoth to 60 mph in just 3.1 seconds.

What does it cost to fill up the GT Speed? 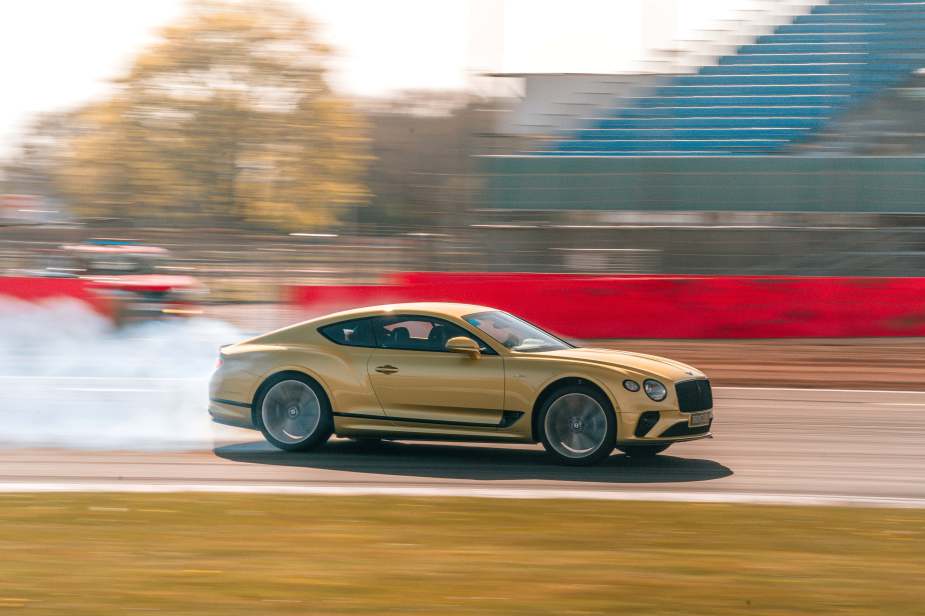 According to the EPA, Bentley Continental GT Speed owners will spend much more on fuel than those driving a vehicle at or above the EPA average. The government agency says it will cost $11,500 more over the course of five years.

Since the GT Speed takes premium fuel, the EPA estimates it will cost $6.77 to drive 25 miles. That could be because the traffic on the 405 is so bad. But that shouldn’t matter for potential buyers of a car with a starting MSRP of $291,225. However, that’s only for the coupe; the convertible is another $26,000, and that’s before the opulent options list.

5 Straightforward Ways to Become a Better Public Speaker This Year

Matej Kastelic / EyeEm | Getty Images The ability to speak publicly is a skill that everyone can use. From coaches to entrepreneurs and writers, anyone who wants to get out into the world to market what they do needs to be an effective speaker. This article will discuss ...

A police car blocks Las Vegas Boulevard along the Strip after a shooting was reported outside Circus cirucus hotel and casino, on June 1, 2020, in downtown Las Vegas, at the end of a rally in response to the recent death of George Floyd, an unarmed black man who ...

What is the ugliest animal in the world?

Some animals are incredibly ugly, but one little fish really takes the prize. What is the ugliest animal in the world, and what other creatures are giving it a run for its money? Some animals can change, going from pretty normal to the ugliest in the world. IMAGO / Kyodo ...


View more: What is the ugliest animal in the world?

An Idaho man, and several Oregonians, have filed lawsuits against the company that owns the CBD drops.


View more: Man who got high on dangerous levels of THC from mislabeled CBD drops is suing

Arizona Cardinals are ‘resetting’ after interview with Sean Payton

It's Time for a New Home Internet Provider: Here's How to Cancel Your Internet Service