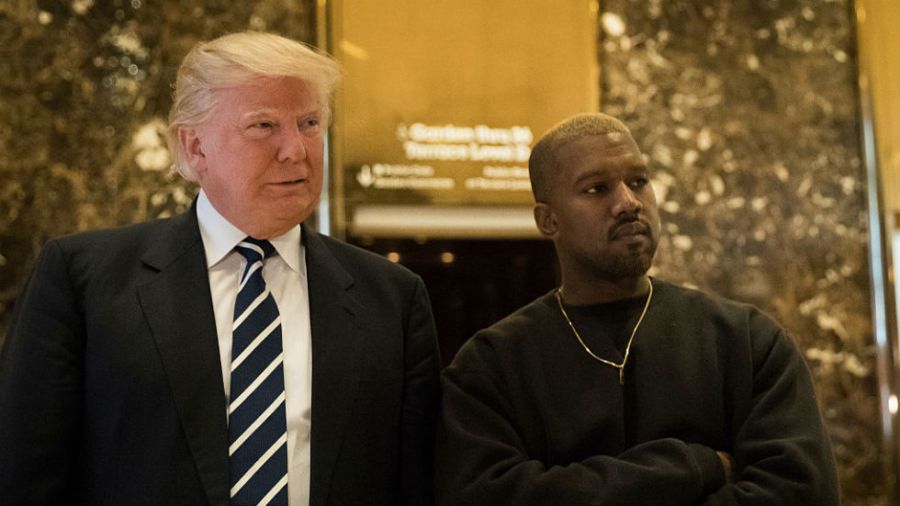 –> A midday take on what’s happening in politics and how to have a sense of humor about it.*

Thank you for signing up!

TALK OF THE MORNING

I double-dog dare you to go ask Trump to be ~your~ vice president:

Former President Trump is under fire for having dinner with Ye, the rapper formerly known as Kanye West, and white supremacist Nick Fuentes on Tuesday night. Axios’s initial report of the dinner

Ye asked Trump during his recent meeting: Ye said he asked Trump to be his vice president. Yes, as in Ye on top of the ticket with Trump as his No. 2. Ye said in a video on Twitter: “I think the thing that Trump was most perturbed about, me asking him to be my vice president. I think that was like lower on the list of things that caught him off-guard.”

^ How Trump took the invitation — not well, apparently: “When Trump started basically screaming at me at the table telling me I was going to lose — I mean has that ever worked for anyone in history,” Ye said in the video. “I’m like hold on, hold on, hold on, Trump, you’re talking to Ye.”

OK, back to Trump having dinner with a white supremacist. Trump’s defense is that he didn’t know who Fuentes was: “So I help a seriously troubled man, who just happens to be black, Ye (Kanye West), who has been decimated in his business and virtually everything else, and who has always been good to me, by allowing his request for a meeting at Mar-a-Lago, alone, so that I can give him very much needed ‘advice,’” Trump posted on Truth Social. “He shows up with 3 people, two of which I didn’t know, the other a political person who I haven’t seen in years…” Read Trump’s full post

Reaction from a longtime Trump adviser: “This is a f—ing nightmare,” a Trump adviser told NBC News. “If people are looking at [Florida Gov. Ron] DeSantis to run against Trump, here’s another reason why.”

REACTION FROM THE WALL STREET JOURNAL EDITORIAL BOARD:

“Donald Trump’s presidential campaign is barely two weeks old, and already it has his trademarks of bad company and bad judgment … Trump isn’t going to change, and the next two years will inevitably feature many more such damaging episodes. Republicans who continue to go along for the ride with Mr. Trump are teeing themselves up for disaster in 2024.” Read the full WSJ Editorial Board’s reaction

Watch President Biden give his response to former President Trump having dinner with a white nationalist. “You don’t want to hear what I think,” Biden said.  Video from C-SPAN’s Howard Mortman

It’s Monday. Welcome back! I’m Cate Martel with a quick recap of the morning and what’s coming up. Did someone forward this newsletter to you? Sign up here.

🎁 In the White House

The White House is decked out for the holiday season. First lady Jill Biden is currently unveiling the décor at 1600 Pennsylvania Ave.

This year’s theme: “We the People”

SOME PHOTOS OF THE DÉCOR:

Wow, I love this hallway: Video from The Daily Mail’s Emily Goodin

The tree in the Green Room: Another photo from Bennett

Photos of some of the Christmas trees: Photos tweeted by the first lady

They’re making a list. They’re checking it twice. Gonna find out what’s in and what’s out … Congress really wants to leave town!:

The House and Senate return to Washington this week with a lengthy to-do list before leaving for the holidays.

Top of that list: Funding the government by Dec. 16

The same-sex marriage bill could pass this week: Senators are expected to end debate on the Respect for Marriage Act today, setting up a final vote for Wednesday or Thursday.

Does it have the votes?: Yes, All Democrats and 12 Republicans support the measure. That means there are enough votes to overcome a filibuster.

House Dems are holding their leadership elections: But don’t expect these to be too exciting. The top three positions have one member running unopposed. Rep. Hakeem Jeffries (D-N.Y.) is running for House Democratic leader, Rep. Katherine Clark (D-Mass.) is running to be Democratic whip and Rep. Pete Aguilar (D-Calif.) is running for caucus chair.

^ Where to find the fireworks in the leadership elections: Among Republicans. House Minority Leader Kevin McCarthy (R-Calif.) is trying to find enough support to become the next speaker of the House. McCarthy can only afford a few defections because of Republicans’ slim majority and a few GOP members already do not support his bid.

The Hill’s Mychael Schnell breaks down more on what’s happening this week on Capitol Hill.

Including the first Gen Z House member, as well as Rep. Liz Cheney’s (R-Wyo.) replacement. The list and a quick primer on each

THE MOST VULNERABLE SENATE DEMOCRATS UP FOR REELECTION IN 2024:

Sen. Joe Manchin (D-W.Va.) tops the list. The other seven most vulnerable Dems

China is backing off a bit:

“China eased some COVID-19 restrictions on Monday after a long weekend of protests against the country’s ‘Zero COVID’ policy, which morphed into one of the largest opposition movements to the ruling Chinese Communist Party (CCP) party in decades.” The full story

England fans take it out on their pints of beer:

The Senate is back. The House is out. President Biden is in Washington, D.C. Vice President Harris is in Los Angeles.

And because you made it this far, watch this dog refuse to walk through the door until the imaginary screen door is opened for him.

This video has more than 2.6 million views already.