Amanda Staveley’s consortium bought the club exactly one year ago. 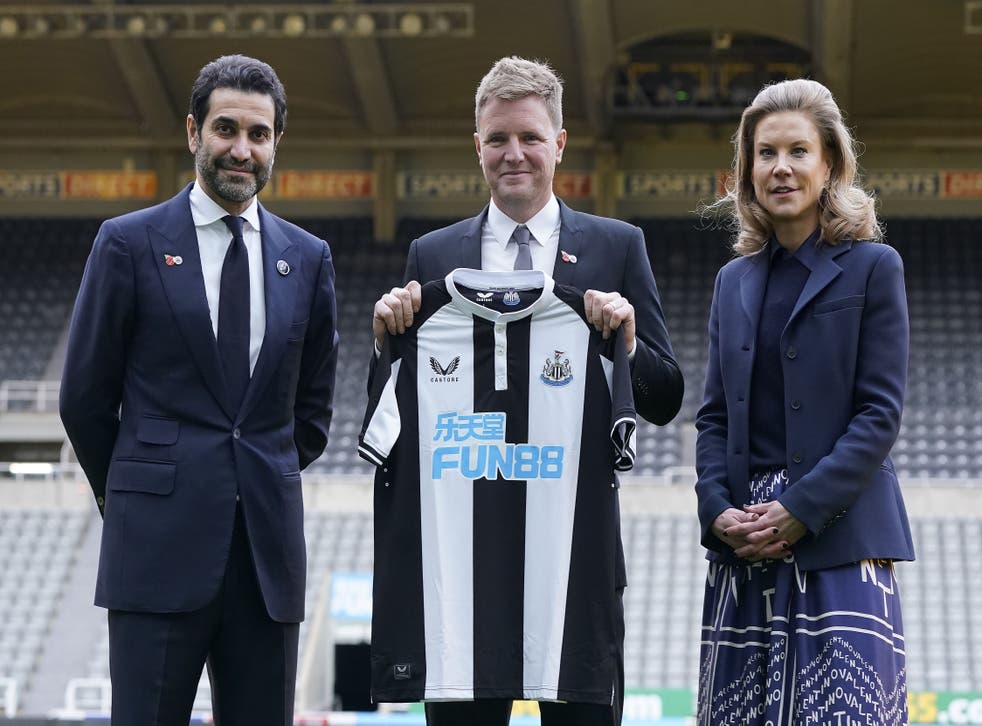 Newcastle host Brentford on Saturday looking to go five home games unbeaten at the start of a Premier League season for the first time in over a decade.

The Magpies will also be celebrating a year under their new owners and – perhaps more pertinently – 12 months since the end of Mike Ashley’s era.

Here, the PA news agency looks at how results on Tyneside have improved in the past 12 months.

From relegation candidates to best of the rest

Newcastle have amassed 57 points in 39 Premier League matches during the year since the Saudi takeover.

This amounts to their best 39-game spell since December 2012 – a run that comprised a fifth-place finish under Alan Pardew in 2011-12.

The Magpies rank seventh in the top flight on a points per game basis over the past 12 months, behind only the ‘big six’ of Manchester City, Liverpool, Arsenal, Tottenham, Chelsea and Manchester United.

In the year before the change of ownership, Newcastle were joint-bottom among clubs that had been in the Premier League for the whole period, with 41 points from 41 matches.

The upturn has also coincided with a change of manager, with Eddie Howe replacing Steve Bruce less than a month into the new era.

Newcastle’s rise has been led by new and existing players.

The starting 11 that Howe named against Fulham consisted of six players that were in the squad for the first match under the new owners (at home to Tottenham), and five signed since the takeover.

The consortium has invested more than £200million in the transfer market during their first year, with the likes of Nick Pope, Kieran Trippier and Bruno Guimaraes making an instant impact.

However, several players that were already at the club – including Callum Wilson, Joelinton, Jonjo Shelvey and Fabian Schar – have also made significant contributions.

In total, 32 players have featured for Newcastle in the Premier League over the period, which is in line with the league average.

There have been 15 different goalscorers, with nobody reaching double figures (Wilson is top with nine).

A way to go

Newcastle’s relative success has been built on beating lesser teams – they continue to struggle against the top sides.

The Magpies have a superb record against clubs outside the ‘big six’ in the past 12 months, winning 14 and losing just two of 26 matches for an average of two points per game.

In stark contrast, they have suffered 10 defeats in 13 meetings with the ‘big six’, with their solitary win coming at home to Arsenal towards the end of last season.

The disparity in their performances against the top teams compared with the rest is the greatest in the league.

Audi has unveiled its new charging service, Audi Charging, which will replace the existing e-tron Charging service in the new year. Audi Charging will launch in 27 countries, including Germany, on 1 January 2023 and will be expanded later in the year. The new service will offer access to ...

Audi has pulled the covers off the new RS6 Avant and RS7 Sportback Performance models. These variants are uprated versions of already stupendously-fast cars, gaining more power, a unique look, and new features – while simultaneously shaving off weight. Both the RS6 and RS7 are confirmed for a South ...

With the number of recalls issued by manufacturers these days, it’s rare that something truly weird crosses our desks. Well, mark this date, because we’ve got a strange one. Audi is recalling more than 50,000 A6-based sedans, wagons and Sportbacks from the 2019-2022 model years because a spill in ...

With so many cars available in South Africa, it can be difficult to decide which model is right for you, and more importantly, whether you can afford it. While paying in cash is the quickest and easiest way to obtain a new vehicle, it’s not an option that is ...


View more: Cars you can afford in South Africa based on your income

Play the sound of a typewriter to a child and they’ll have little idea what it is they’re listening to. Play it to an older adult and they might break into a smile at some of the memories that it instantly evokes. Ditto the sound of an old cassette ...