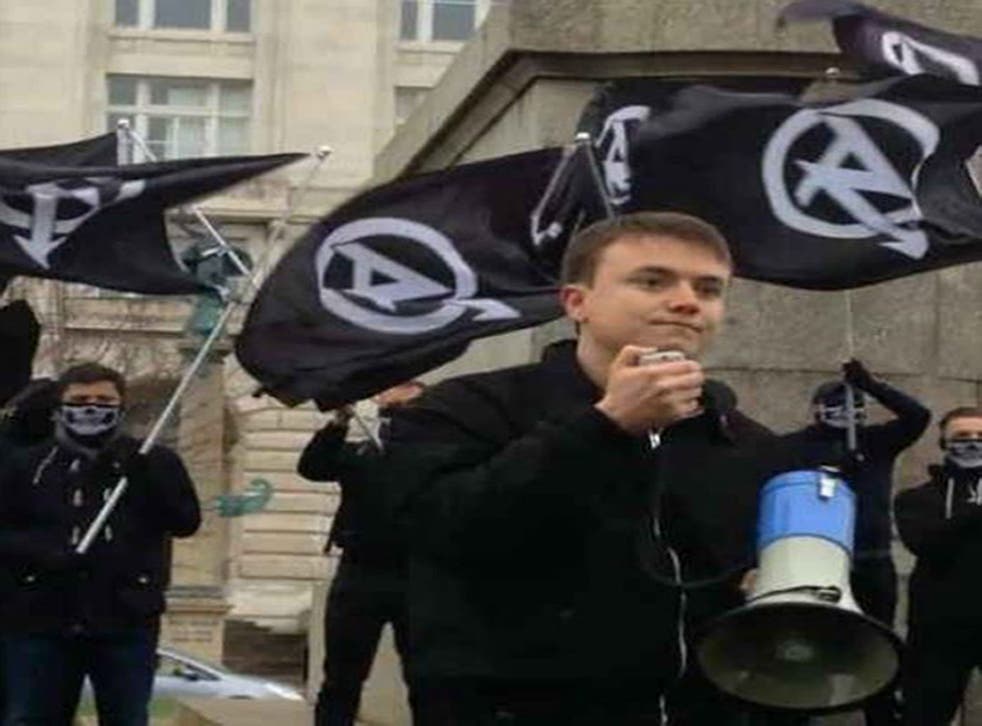 On 1 July 2017, Jack Renshaw walked into a Wetherspoons in Warrington, sat down and told his friends he was going to assassinate an MP.

Then aged 22, he was part of neo-Nazi terrorist group National Action and wanted to seek fellow members’ opinions on his planned attack.

Renshaw told them how he would murder Rosie Cooper, his local Labour MP, with a machete and then take hostages.

He wanted to lure in a police officer who had been investigating him for child sex offences, murder her in revenge and force armed police to shoot him dead.

Among the six other National Action members listening was Robbie Mullen. Unknown to Jack Renshaw and the rest of the terrorist group, he had already turned informant for counter-extremism organisation Hope Not Hate.

“I was saving myself in a way, I knew something was going to happen eventually,” he tells The Independent. “Things were just getting strange – with Jack especially.”

Mr Mullen, now 28, said the would-be terrorist announced his plan “instantly” after arriving at the National Action meeting in the Friar Penketh pub.

“We just walked straight in and he told us,” he adds. “He had come to say goodbye because he planned on dying the next week.”

Renshaw had been researching Ms Cooper’s itinerary, knowing that constituency political events were not guarded and would make an easy target, as Jo Cox had the year before.

He had bought a Roman-style sword online – marketed as “19 inches of unprecedented piercing and slashing power at a bargain price” – and made a stream of Google searches on how to kill people, and how long it would take for someone to die after having their throat slit.

Mr Mullen said no one around the table tried to talk Renshaw out of his plan, with one National Action member telling him not to “f*** it up” and others throwing in alternative targets, such as the home secretary or a synagogue.

“He was like ‘no, no I’ve already planned it all out, I know what I’m doing’,” the former mole recalls. “He was definitely going to go and try.”

The foiling of the plot, and the events leading up to it, are the subject of a new ITV drama called The Walk-In.

Actor Stephen Graham plays Matthew Collins, who was Mr Mullen’s contact at Hope Not Hate, while his role is filled by Andrew Ellis.

Mr Collins, who has written a book of the same name to accompany the series, says the major change is the replacement of his south London accent with Graham’s native scouse. 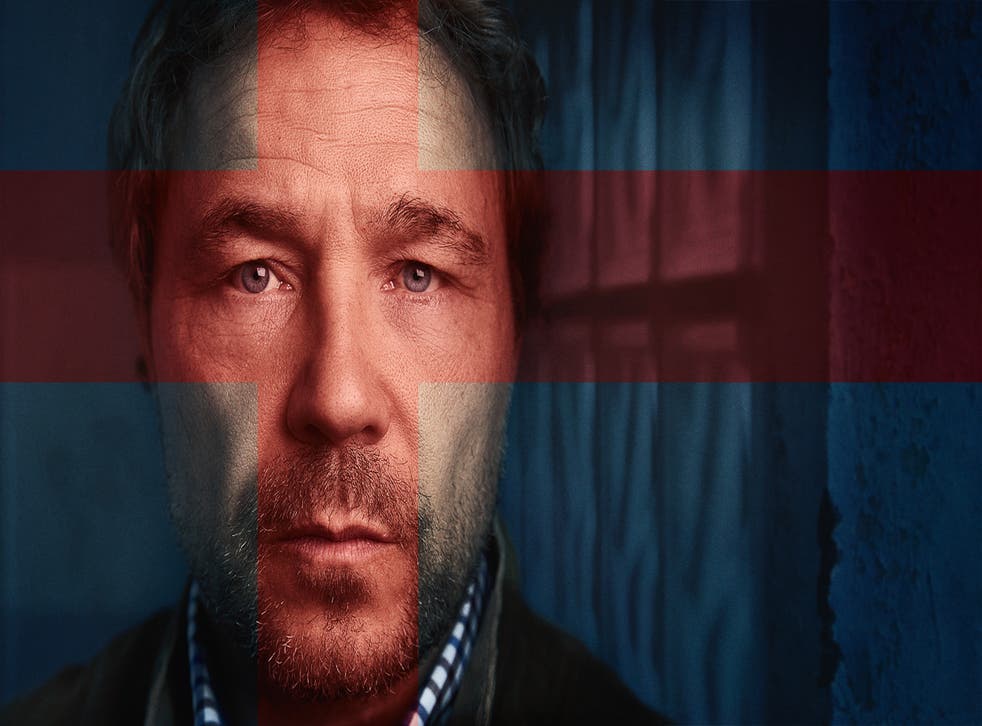 “My mum watched the trailer and said ‘why does he have to do it with that stupid accent?’,” he tells The Independent. “I said ‘that’s just a Liverpool accent, mum’.”

Watching their lives played out on the small screen has been a strange experience for the pair, who started working together around five-and-a-half years ago.

Mr Mullen was looking to “jump ship” from National Action, which was becoming increasingly terrorist-minded following a 2016 government ban.

It was running secretive combat training in the northwest as a growing number of members began preparing for what they believed to be an inevitable race war in the UK.

“Everyone was wary of each other and things were getting strange, so I just saved myself,” he says.

Renshaw was swiftly arrested after Mr Mullen raised the alarm but members did not immediately twig that there was a mole in their midst, assuming it was linked to a previous investigation over racist speeches.

He had hidden a different investigation from National Action, into the online grooming of underage boys, and was planning to kill the female police officer in charge of that probe.

Mr Mullen believes Renshaw’s planned attack partly aimed to ensure he was not publicly outed as a paedophile, adding: “If he was never charged with it it never would have got mentioned … he would have just been this person who went and killed some MP or policewoman or whatever he would have done in the end. That’s all he would have been known for, and I think he was happy being known for that.”

In the end, Renshaw admitted preparing an act of terrorism and making threats to kill.

He was also convicted of four counts of inciting a child to engage in sexual activity and stirring up racial hatred with public speeches.

The failed terror plotter is currently serving a life sentence with a minimum prison term of 20 years. 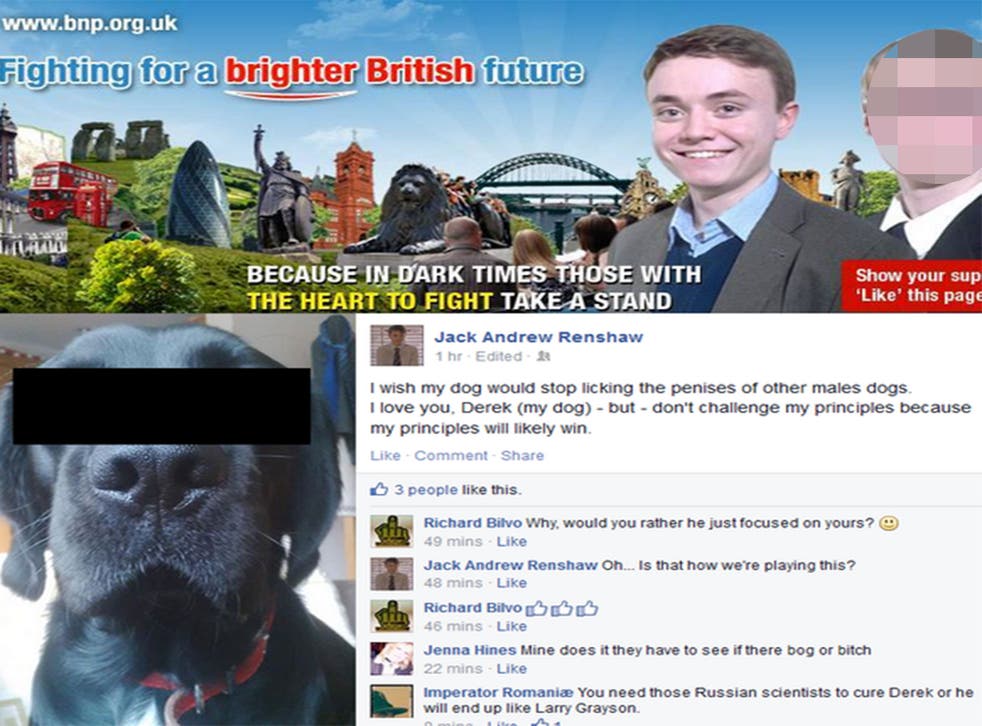 Mr Mullen believed that raising the alert over Renshaw’s plan was “job done”, and in order to cover up his involvement, he continued attending National Action meetings.

But counter-terror police, now gifted with conclusive evidence that the terrorist group had continued operating in defiance of a 2016 ban, had bigger ambitions than Renshaw.

Under pressure, he signed an immunity agreement in exchange for giving evidence against his former friends and comrades.

As they were arrested in waves of police action, but Mr Mullen remained at large, some realised that he had turned informant and he fled his home after receiving numerous warnings that his life was at risk.

Despite his actions in thwarting Renshaw’s plot, he has reason to believe he remains on the security services’ radar after being stopped under terror laws at airports.

But he does not regret reporting Renshaw and firmly believes he would have gone ahead with the attack, saying: “I think he would have done it that week, or at least tried. You can never say what would have happened.”

Mr Collins and his family also had to move for their own safety, with one National Action leader telling him: “You should watch your back for the rest of your life.”

He is no stranger to taking extreme risks, after spending decades working to disrupt the far-right groups he was one part of.

He specialises in convincing extremists to turn informant for Hope Not Hate, and his work is the focus of his new book The Walk-In.

“All the conspiracy and hatred often begins with a reasonable grievance that people cannot address,” Mr Collins says.

“A Nazi doesn’t jump out of a bush saying ‘think like this’. There’s no point saying we’ve got to counter groups if we don’t counter the reasons behind them.”

He says that many of the neo-Nazis he has dealt with in National Action and other groups were “damaged” and had been drawn into “alternative truths”, warning: “The smaller and less helpful the state becomes, the greater the threat from the far right becomes.”

The Walk-In will air on ITV on Monday for five consecutive weeks. Mr Collins’ book, of the same name, is being published on 4 October.

Stonehouse FIRST LOOK: Matthew Macfadyen appears with real-life wife Keeley Hawes in ITV drama as he plays disgraced politician John who faked his death and ran off with his secretary

The John Stonehouse affair is being recreated by ITV with Matthew Macfadyen, 48, playing the disgraced Labour politician in a three-part drama – with his real-life wife Keeley Hawes, 46, as the MP’s spurned spouseStonehouse, which will air early next year, tells how the former cabinet minister in the Wilson government faked his death in 1974 and ran off with his secretary Sheila BuckleyThe MP, who was alleged to have been a spy for the Czechs, left his clothes on a beach in Miami and swam into the seaHe was presumed drowned but a month later, as his wife Barbara and three young children mourned, he was arrested in Australia where he was living under a false name with his mistress. He was jailed for seven yearsHe married Miss Buckley, played by Emer Heatley, and died in 1988


View more: Stonehouse FIRST LOOK: Matthew Macfadyen appears with real-life wife Keeley Hawes in ITV drama as he plays disgraced politician John who faked his death and ran off with his secretary

Today show fans were left angered on Monday after the breakfast show took a brutal swipe at departing host, Allison ‘Ally’ Langdon. Channel Nine confirmed on Sunday that Ally, 43, will be abandoning her co-hosting role at Today to replace outgoing ACA host Tracy Grimshaw, 62. A photo was posted ...


View more: Today show takes a 'brutal' swipe at their departing host Allison Langdon as they post 'insensitive and cruel' photo on Instagram

Brielle Biermann claims two famous male Bravo stars who are already in relationships won’t stop messaging her on Instagram... despite making her 'uncomfortable'

Brielle Biermann claimed that two Bravo stars who are in relationships and a bevy of other ‘well-known’ suitors won’t stop sliding into her DMs on Instagram. The 25-year-old lookalike daughter of Real Housewives of Atlanta veteran Kim Zolciak-Biermann, 44, opened up about being pursued on social media during a new ...

Claudia Winkleman says her life changed dramatically once she she decided to start saying 'yes' to opportunities at the age of 50The Strictly Come Dancing host is to take on her latest solo presenting gig on BBC One's The Traitors but she claims she may not have taken the role on in her previous mindsetScreen star Claudia decided to take on more presenting jobs after her eldest child went to university, having scaled back her work in 2016 to concentrate on family life


View more: 'I love being 50!' Claudia Winkleman says her life changed dramatically as she took on more opportunities once reaching the milestone in a bid to be 'less risk-averse'

'All those boundaries had to disappear on this': Kate Winslet says reality and fiction became blurred as she filmed new mental health drama I Am Ruth with daughter Mia Threapleton

P.E.I. to ramp up overseas job recruitment in 2023 after 'amazing' event in Dubai

Howard Stern criticizes Oprah Winfrey for 'showing off' her lavish lifestyle and $2.5 billion wealth on Instagram: 'You gotta be a little self-aware'

The Walk-In review: A disturbing, unflinching portrait of British neo-Nazism

The Charlottesville rally 5 years later: 'It's what you're still trying to forget'

Germany: Trial starts for neo-Nazi who wanted to start a 'race war'

He demanded massage; ordered me to clean his clothes & boots: Akram's glaring revelation on Saleem Malik