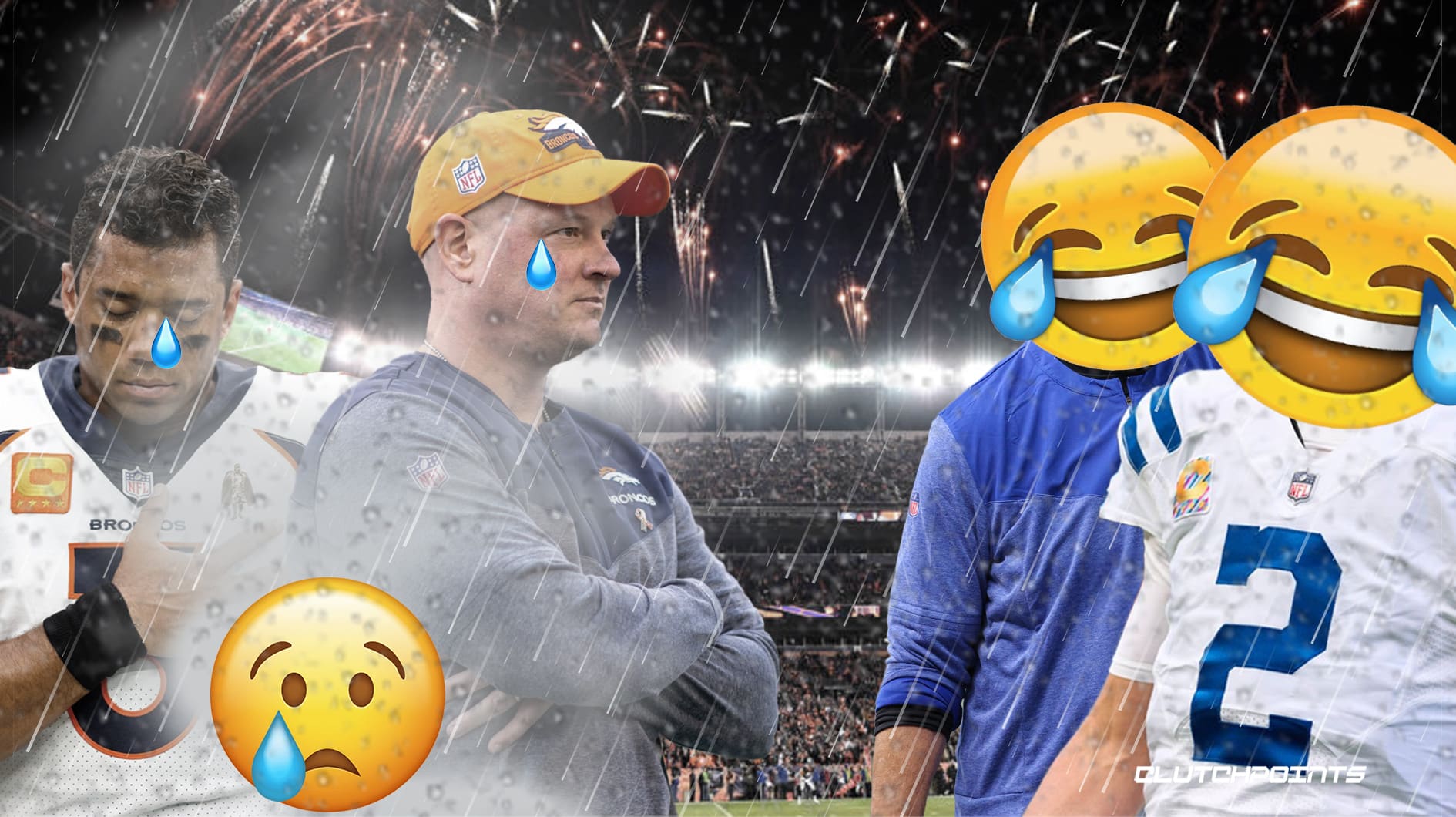 The Denver Broncos slow start to the 2022 NFL season hit a new low with their 12-9 loss to the Indianapolis Colts on Thursday Night Football last night. Russell Wilson and Nathaniel Hackett couldn’t do anything to get Denver’s offense going, and despite their defense’s best efforts, four field goals from the Colts ended up being enough for them grind out a win in one of the ugliest games of the season.

This certainly isn’t how anyone expected the new look Broncos to open their season, and their horrible start to the season appears to be taking quite a toll on Wilson and Hackett. The pair were spotted in the Broncos locker room well after the conclusion of the game having a quiet conversation, with Wilson still sitting in his pads. It seems to represent the feelings of despair within Denver’s locker room after another ugly performance to open their season.

Just left the Broncos locker room. It’s been about 40 mins since the game ended. Russell Wilson was still sitting in his locker, in full pads, deep in quiet conversation with Nathaniel Hackett.

This just shows where the Broncos are at five games into the new season. Nobody can really figure out what is wrong with them, including Russell Wilson or Nathaniel Hackett, and it’s beginning to wear on the team. They have a lot of talent on both sides of the ball, but so far the defense has been the only unit showing up regularly for the Broncos.

Whether that will change moving forward remains to be seen, but it’s clear that the Broncos slow start isn’t a fluke; this team is truly struggling to take down inferior opponents. For what it’s worth, the Colts were without a huge part of their offense in Jonathan Taylor, and still somehow won this game. It’s clear the Broncos are in a bad spot, and it will be interesting to see what they do to try to bounce back from this tough loss.