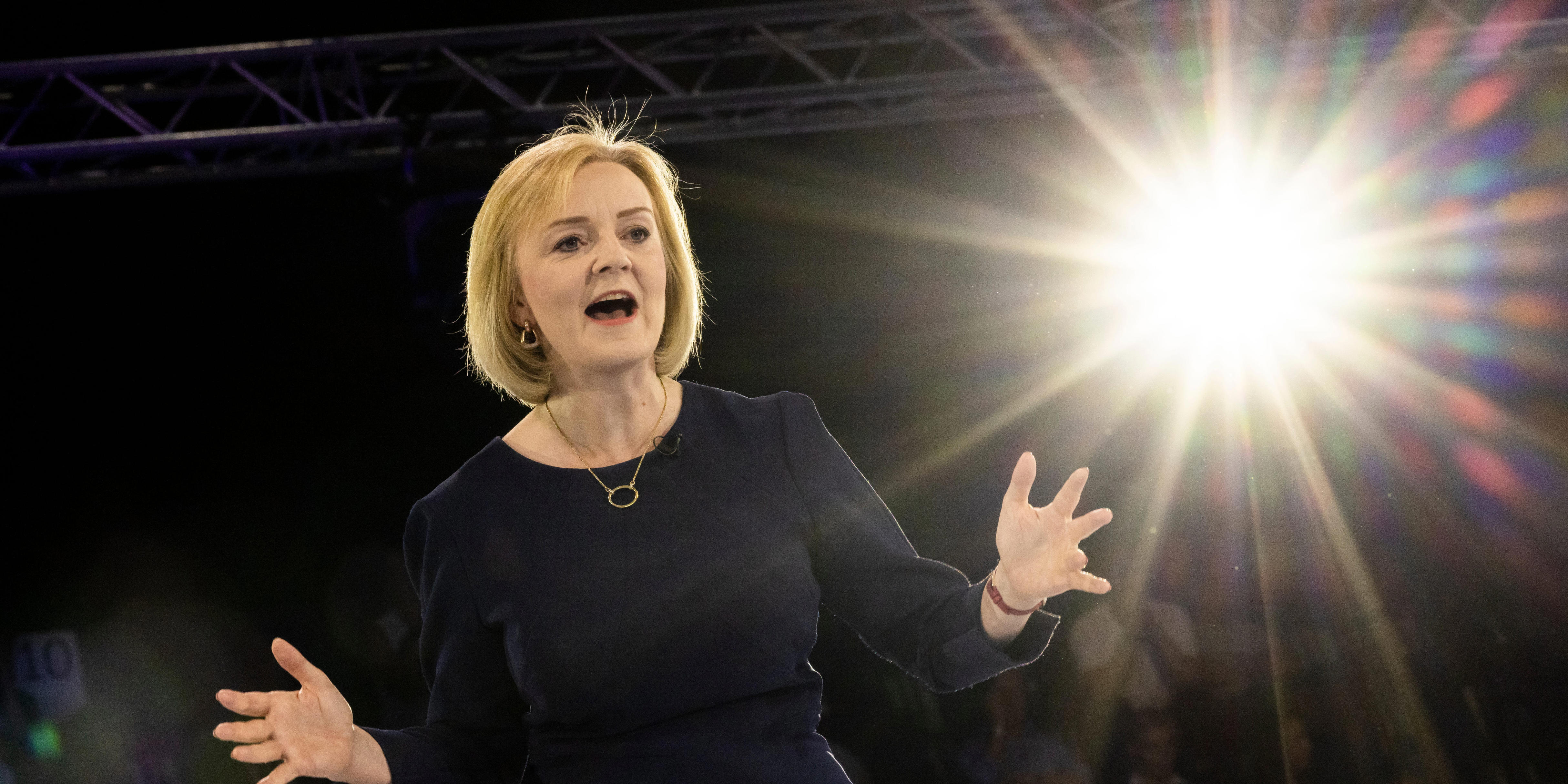 UK Prime Minister Liz Truss has been in office for just 22 days, but her new plans to cut taxes on the wealthy have already sent markets plunging, solicited ire from an international banking group, and sown outrage among the country’s taxpayers.

What was introduced as an effort to boost the UK’s economic growth is backfiring to an extraordinary degree. The blowback could range from a weaker British pound to a government default, even higher inflation, higher unemployment, a bigger wealth gap, and a crippling recession.

It all began when Truss unveiled a mini-budget on Friday that proposed sweeping tax cuts for the rich and abolishing a tax on property purchases less than £250,000 ($269,000). According to Chancellor Kwasi Kwarteng, the aim was to lift the struggling UK economy and cut the risk of a near-term downturn.

It didn’t take long for economists and investors to see through the veil. The British pound slumped to a record low against the US dollar on Monday as investors bet the tax cuts would weaken the pound and balloon the British deficit.

The International Monetary Fund called on Truss to “re-evaluate” the package on Tuesday, saying the plan as it stands would likely increase economic inequality and undermine the Bank of England’s efforts to cool inflation.

“Given elevated inflation pressures in many countries, including the UK, we do not recommend large and untargeted fiscal packages at this juncture,” the IMF said.

For most Britons, the plan’s passage could quickly translate to a wider wealth gap plummeting investment balances, and even faster inflation. The economy has already been slowing under the weight of massive interest rate hikes and surging energy prices. Short-term stimulus from the tax cuts could lift growth for a short period, but the hangover could leave many Britons jobless and struggling to cover even higher costs.

The Bank of England has stepped in with emergency bond purchases to ease market functioning, but the move undermines its own plans to start selling bonds and tighten financial conditions further. With inflation still raging across the UK, the intervention threatens to keep price growth at a historically fast pace.

Tax cuts may seem like welcome relief to most Britons, but if enacted, the economic pain is likely to be significant.

For one, the Bank of England will probably need to hasten its efforts to pull inflation lower. That means that what some Britons might save in levied taxes, they’ll pay for in higher mortgage rates, pricier credit-card debt, and weaker business investment.

A more aggressive hiking cycle would also weigh heavily on the labor market. Higher rates tend to curb companies’ hiring plans and even spark layoffs as firms look to cut costs and preserve margins. As such, the Bank of England’s actions could pull the UK into a self-imposed recession as jobs are lost, spending slows, and the economy weakens.

The British public is likely to push back against the reforms. A survey conducted by the National Centre for Social Research earlier in September found most Britons support hiking taxes and spending on health, education, and social programs. Almost half of the surveyed adults said they back redistributing income to those in need, and more than two-thirds of respondents said working Britons don’t get a fair cut of the country’s wealth.

The richest 10% of households held 43% of the country’s wealth from April 2018 to March 2020, according to the Office for National Statistics. The bottom half of earners, meanwhile, held just 9% of national wealth.

Truss’ shift toward Reaganomics puts the UK economy in a bind

The Conservative government’s proposal will sound familiar to Americans with knowledge of US fiscal policy in the 1980s. President Ronald Reagan pursued similar tax cuts for corporations and wealthier Americans as well as widespread deregulation, arguing the measures would pay for themselves by stimulating economic growth and that the benefits would “trickle down” to all Americans over time.

The policies amounted to an economic sugar rush. Growth improved modestly for some time before returning to the historical trend. Yet the tax reforms also grew the deficit dramatically throughout the 1980s, paving the way for dramatic cost-cutting in the following years.

There are similar concerns with Truss’ economic plan. Since the proposal is far from fully paid for, its enactment would almost surely create a huge government deficit. If the market carnage continues, the government could be forced to either default on its debt or print more money to pay for it and risk hyperinflation.

It also injects more cash into the economy when inflation already sits at a 9.9% year-over-year rate. The Bank of England will either have to raise interest rates even more aggressively to further cool inflation, or inflation will run so hot that spending weakens and the economy backslides. Either way, some form of a recession looks increasingly likely.

Even if Truss’ proposals are shelved, it would likely take some time to reverse the past week’s damage. The pound remains dramatically lower against the dollar, placing more pressure on businesses that rely on imported goods. The UK also imports nearly half of its food and much of its energy commodities. A weaker pound could lead to dramatically higher prices for such goods, particularly as the winter brings colder weather and energy demand soars.

The dramatic events of the past several days leaves Truss with a steep uphill battle if she still aims to pass her proposals. And with markets still reeling from the Friday announcement, damage control is likely top-of-mind for many in Parliament.