Riqui Puig has insisted his move from Barcelona to Los Angeles Galaxy is not a sideward or backward step for his career, despite leaving one of Europe’s heavyweight teams.

Puig joined the Galaxy on a contract until 2025 in a free transfer from Barca, who have a buy-back option and a 50 per cent sell-on fee in the deal. The 23-year-old made a total of 57 appearances for the LaLiga side but heads to Major League Soccer in pursuit of regular first-team action.

The majority of players head from Europe to the United States in the latter half of their career but Puig said that will change in the future. 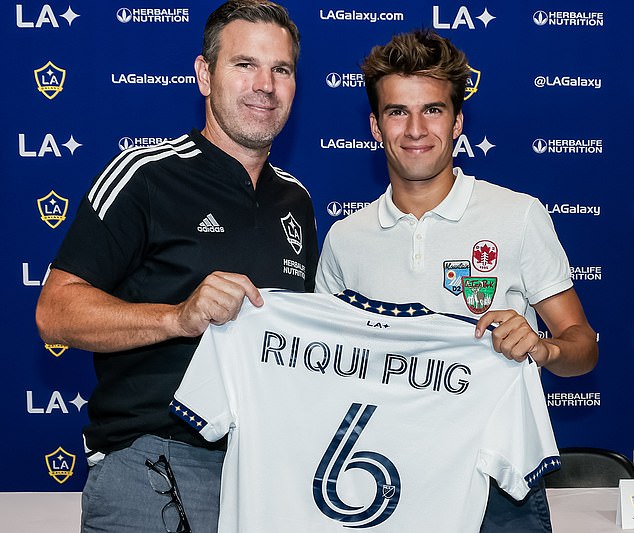 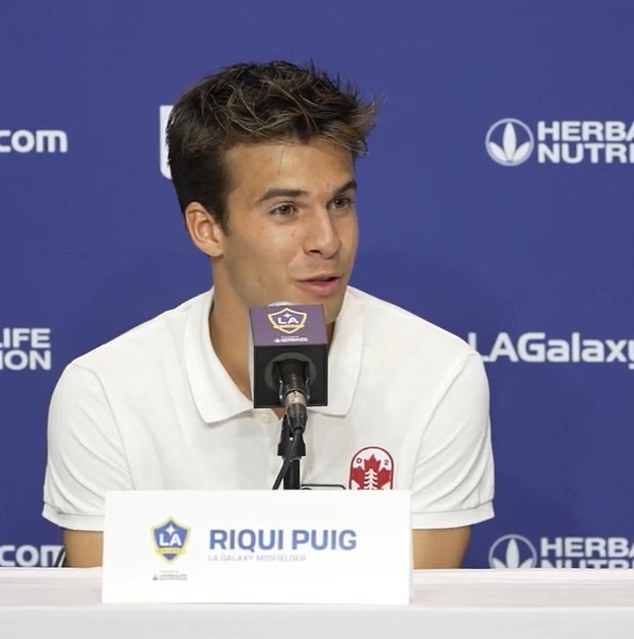 ‘This is a league for young players. Trust me, in the coming years you’ll see more young players coming to this league.

‘I like to take risks. This is a good opportunity. My teammates have made me feel at home.’

Puig, who will be used as an attacking midfielder, is set to make his Galaxy debut on Friday against Seattle Sounders.

‘I couldn’t imagine this club was reaching out to me,’ Puig said. ‘I got great support from the fans when I arrived at the airport.

‘The facilities are fantastic here. I couldn’t believe I was being called by the Galaxy.’

Galaxy coach Greg Vanney was ecstatic and bringing in a player of Puig’s calibre. 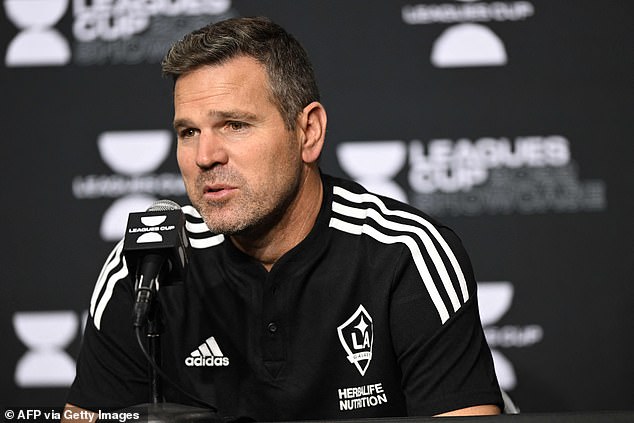 ‘I want him to be himself, to do the things he’s done as he continues to grow,’ Vanney said. ‘We feel we can provide him the opportunity to grow, the guy who has solutions for us in the final actions. To see the final pass, make movements through the backline.

‘I’ve been around the league a long time, since the beginning. We’ve just made arguably one of the most significant signings in the history of the league.

‘To have a young player of his quality to come from the club he was at where he already had success – to choose the Galaxy, to choose MLS to continue to grow his career – is immensely humbling and a huge recognition for the league.’


View more: Video: Ben Affleck and Jennifer Garner are friendly exes as they both stop by their son Samuel's school in Los Angeles

Katie Price has dodged £254,000 of bills by handing over just £21,000 to her creditors. The former glamour model, 44, owed £234,000 in tax and £20,000 to business creditors of her Jordan Trading Company. But now accountants have now finished liquidating the failed firm and this week revealed that they ...

Dr Teresa Irwin is a US-based 'vaginacologist' who specializes in female pelvic dysfunctions and regularly shares educational videos on TikTok She says that many of her patients' health issues are linked to a lack of knowledge and education about their own bodies As a result, Dr Irwin wants to share more information with her followers - including the ups and downs of what really happens during labor and birth The mom-of-three revealed she had to break her own waters during the birth of her second child, because a doctor refused to, insisting it should be 'natural'When her third baby was born, his head was so big that Dr Irwin snapped her tailbone during the birth and was told she had to rest for six weeks afterwards


View more: Pelvic health doctor opens up about her harrowing birth experiences - revealing she had to break her OWN waters and SNAPPED her tailbone during labor - as stark warning to other women about realities of childbirth

CCTV footage has been released after a body was found in the River Cherwell last summer. Thames Valley Police says it is keen to speak to an individual who it believes may have witness information. Officers were called at around 12.15pm on Monday, July 26, 2021, to a report of ...

The departure of beleaguered Royal Navy aircraft carrier HMS Prince of Wales to head for repairs has been delayed again after the £3 billion warship suffered a further technical problem. The Nato flagship broke down off the Isle of Wight in August after sailing from Portsmouth Naval Base to take ...

Manchester United boss Erik ten Hag has opted to keep his squad in Cyprus for warm-weather training before flying back to face Everton. The Red Devils survived a scare to defeat Omonia Nicosia in their third game of this year’s Europa League group stage. Normally following a European trip, United ...