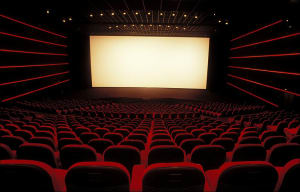 This is the greatest film of all time, according to once-a-decade critics’ poll

We have a new greatest film ever made, according to a poll conducted once every ten years — and for the first time, it was directed by a woman.

Sight & Sound magazine has released its prestigious list of the greatest films of all time based on a poll of critics and other experts. The last time the poll was conducted in 2012, Alfred Hitchcock’s Vertigo topped the list. Before that, Citizen Kane came in at number one for five straight decades.

But in the 2022 version, which was based on polling over 1,600 experts, Vertigo was unseated by Belgian director Chantal Akerman’s 1975 film Jeanne Dielman 23, quai du Commerce, 1080 Bruxelles. This makes Akerman the first woman to have a movie top the Sight & Sound poll. The more than three hour film is “an astonishing, compelling movie experiment” that “meticulously details” the “daily routine of a middle-aged widow,” The Criterion Collection explains. It’s currently streaming on HBO Max. In the prior 2012 edition, Jeanne Dielman was ranked 36th.

Vertigo came in at number two this year, while Citizen Kane came in third. The rest of the top 10 consists of Tokyo Story, In the Mood for Love, 2001: A Space Odyssey, Beau travail, Mulholland Drive, Man with a Movie Camera, and Singin’ in the Rain. The Godfather was ranked in 12th place, while John Ford’s The Searchers came in at 15 and Apocalypse Now was ranked 19th.