THIS Morning's Rochelle Humes broke down in tears live on air after an emotional interview.

The 33-year-old and co-host Andi Peters, 52, were joined by Darrell Meekcom during one segment of the ITV show today. 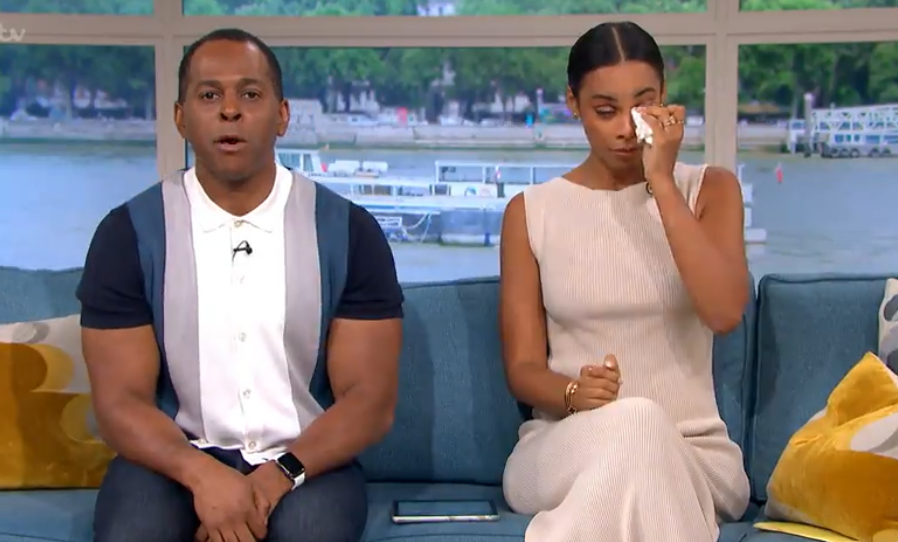 Darrell was left gobsmacked by This Morning's generosity Rochelle tried to fight back the tears during their chat

He decided to make a bucket list with his wife Sarah.

They wanted to tick off things such as going for a fancy meal out, seeing his favourite artist in concert and even mooning at a speed camera.

Darrell explained that he was a keen rugby player, and Andi asked if he had been to Twickenham stadium to watch a game, to which he replied that it was one for the bucket list.

Andi then turned around and bent down to pick up a huge basket from behind the sofa.

Darrell was left gobsmacked as Rochelle explained: “We thought we'd have a go at your bucket list to see if we could help out.”

The basket included England vs South Africa at Twickenham tickets, an afternoon tea for two at the Ritz voucher and a holiday to Disneyland Paris for the whole family.

Darrell's two young daughters – who were watching from behind the camera – burst into tears at the news.

Rochelle said: “Oh no! Are they happy tears?! Oh goodness me, you're setting me off.”

Andi ran over to give them a cuddly toy of Mickey Mouse to cheer them up.

Rochelle added: “Beautiful children, beautiful family. It's so lovely to see that you're so positive after your diagnosis.”

As she wiped her tears from her face, she said: That's got me! Don't let a child cry in front of me ever!

“We hope you enjoy it, thank you so much for coming in today.”

Talking to Darrell's daughter, she added: “Gosh, you're naughty! You've set me off now, we were friends before this!”

The host wasn't the only person who got emotional.

A third added: “my heart is so warm#ThisMorning.” 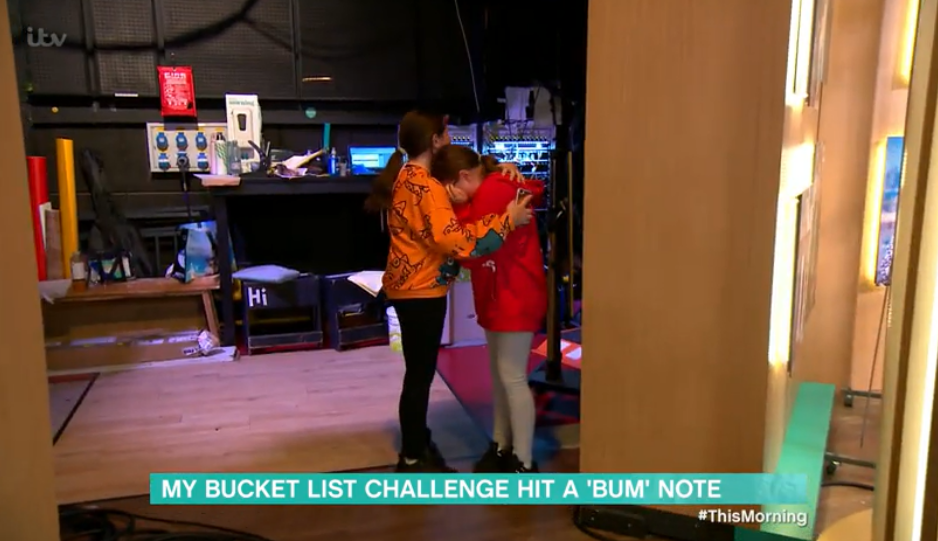 Darrell's daughters were over the moon with his gifts 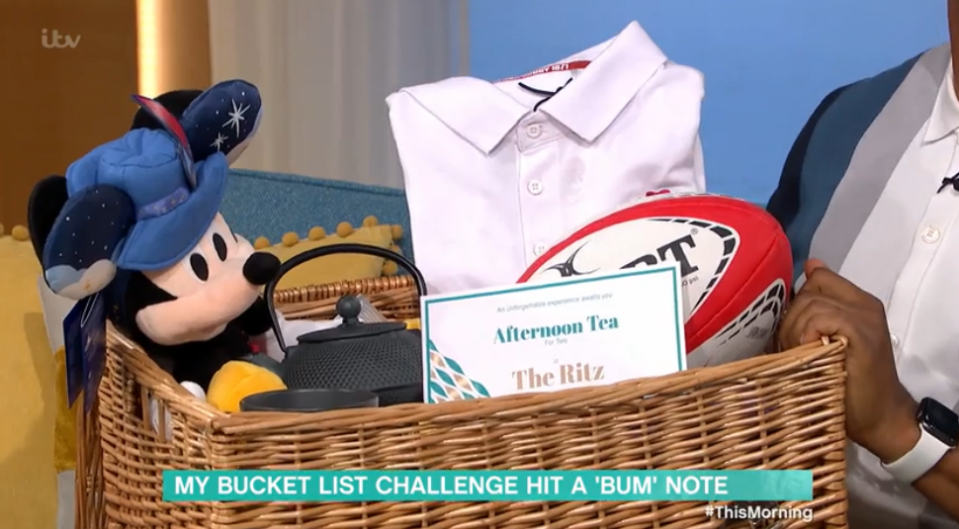