And the Ghanaian midfielder also admitted he has been chatting to England ace Bukayo Saka out in the Middle East, and his club teammate had wished him luck in the competition. Partey was instrumental in Ghana’s 3-2 victory over South Korea which keeps them in contention for the knock out stages.

Speaking publicly for the first time in months, he told LondonWorld: “ It was very necessary, it was what we needed, we worked for it. It was not easy and at the end we have to be happy, and keep working hard. 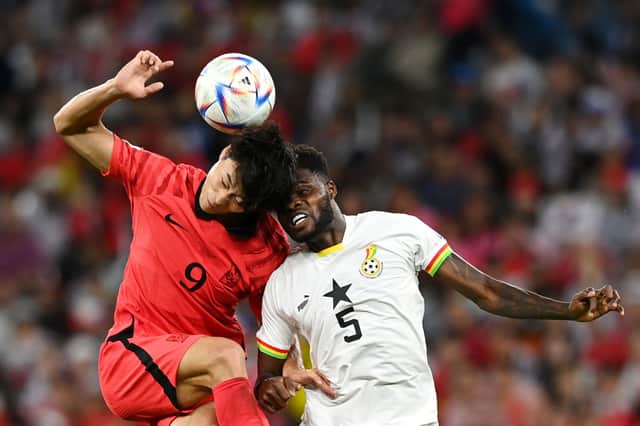 And he gave a special message to all the Gunners fans cheering him on from around the world. He said: “I think we know what is waiting for us, we are at the World Cup, we have to try and give our best. When we get back to Arsenal we give our best also.”

Partey said he had been speaking to some of his club teammates out in Qatar, including Bukayo Saka who has starred for the Three Lions. “I have been in touch with a few [teammates] – everyone is busy with their country and we know you cannot always be talking, because you have your schedule and your time to train,” he said.

“Everybody needs their peace of mind. I wish them all the best, they know I support them fully, and they also support me – that’s how we are.” And following Saka’s two goals against the Islamic Republic of Iran, he said: “We know Bukayo is doing very good, that’s what he does best – we all know what he can do so I’m not surprised.”

Ghana’s next World Cup game will be against Luis Suarez’s Uruguay, a rematch of the dramatic World Cup quarter final in 2010. In the last minute of extra time, Suarez blocked a goalbound shot on the line with his hand.

The striker was sent off, however Asamoah Gyan missed the ensuing penalty. Uruguay then won the penalty shoot out. Had Ghana gone through it would been the first time an African team had made it to the semi finals of a World Cup. 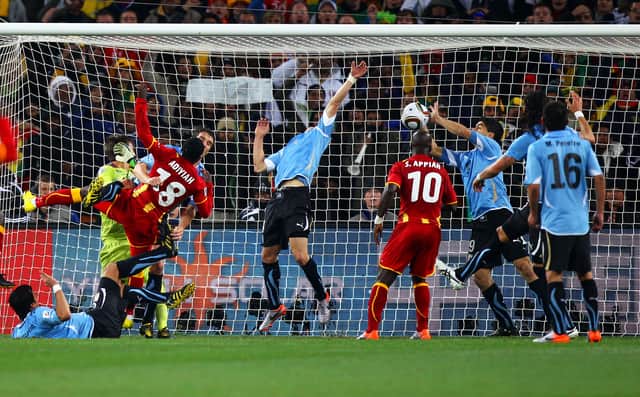 When asked whether the Ghanaians would be thinking about that dramatic night, Partey said: “I think this a new team, this is a new generation. History is always there, but we have to go in and try to give our best and at the end we will be able to achieve our dream.”

Partey was in Ghana at the time, playing for the U12s, when the game was played. He said: “It was very difficult, we had our aim that we were going to make history, but at the end we couldn’t. Everybody was sad at that time, [but now] we have to work hard to qualify for the next stage.”

He added that the current Black Stars would not be thinking about this during the game. “Well football is about win, lose, draw – sometimes when you win you’re happy and sometimes when you lose you’re unlucky,” he said. “But now we have to work harder, we have to forget what happened, this is a new time, a new year and we have to try and achieve our dream.”

Partey added: “No [not a difference between South Korea and Portugal] this is a world cup, everyone is good – they have their system, their best players, their team is playing good so we have to work hard and we did our best to be able to win. At the end we were lucky to have the last goal, which helped us to win so we are happy.”