Former Ryder Cup star Thomas Pieters made an excellent start to his bid to win the D+D Real Czech Masters for the third time in eight years. 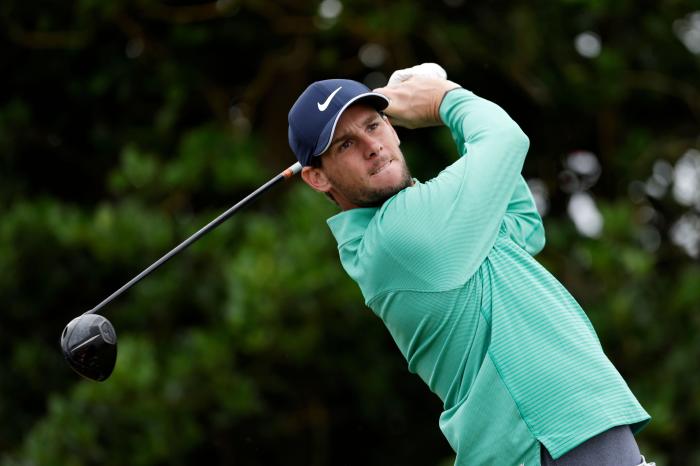 Pieters won his first DP World Tour title at Albatross Golf Resort in 2015 and was runner-up 12 months later, before winning the event for a second time in 2019.

The 30-year-old Belgian was unable to attempt a second title defence in 2020 as the tournament was cancelled due to the Covid-19 pandemic, but carried on where he left off on Thursday with an opening 65.

Pieters birdied his first three holes and picked up further shots on the sixth and eighth to be out in 31, before responding to a bogey on the 10th with four straight birdies from the 12th.

The world number 35 will have been annoyed to find water off the tee on the 18th, despite taking an iron for safety, but ended the day just a shot behind South Africa’s Louis de Jager, who compiled a flawless 64.

“I made some putts that me and my playing partners thought were going to miss today, the greens were getting very bumpy near the end,” said Pieters, who won a record four points on his Ryder Cup debut in 2016.

“I think I got a bit of luck and I feel comfortable on the course. I hit driver everywhere, it seems crazy to think some people are hitting three woods or rescues off the tee.

“I’m thinking ‘What are you doing?’. I just feel comfortable, I’ll keep doing it and it works.”

Pieters looked set to hold the clubhouse lead until De Jager, in the penultimate group, birdied two of his last four holes to edge in front.

“I’m very pleased,” De Jager said. “It was quite tricky out there today, the wind was from all different directions but me and my caddie made some good calls.

“I was in the zone. I knew where the ball was going today, I knew where to aim so I could be a bit more aggressive and I rolled in a few putts, which always helps.”

DOHA, Qatar —  Youssef Qaradawi, an Egyptian cleric who was seen as the spiritual leader of the Muslim Brotherhood and became the Islamist “voice of revolution” during the popular uprisings around the Arab world more than a decade ago, died Monday at the age of 96. Qaradawi, whose death was reported ...

Dan Evans suffered a sixth defeat from six meetings with Japan’s Yoshihito Nishioka at the Korea Open in Seoul.

Labour’s green growth pledge to make the UK fossil-fuel free by 2030 could spark major tensions between the party and one of its main union backers. Labour’s new slogan “a fairer, greener future” has been visible throughout the current , but a union which provides a significant portion of ...

China secured a top two finish in Group A of the Fiba Women’s Basketball World Cup with a vital 81-55 win over Belgium on Tuesday, putting them in a strong position going into the quarter-finals. After their fourth win in five games, China advance as the group’s second seed ...

'Insecure, exposed... a worry for the World Cup' - and the Bayern Munich stars are chief suspects for the blame! German press slam their 'weak' team for being 'poisoned' by England - and fear for their chances in Qatar

Max Verstappen is ‘one of the most talented F1 drivers ever’, says Lando Norris

Chess: Did Niemann cheat? 'No evidence' say experts, but saga is lesson for players