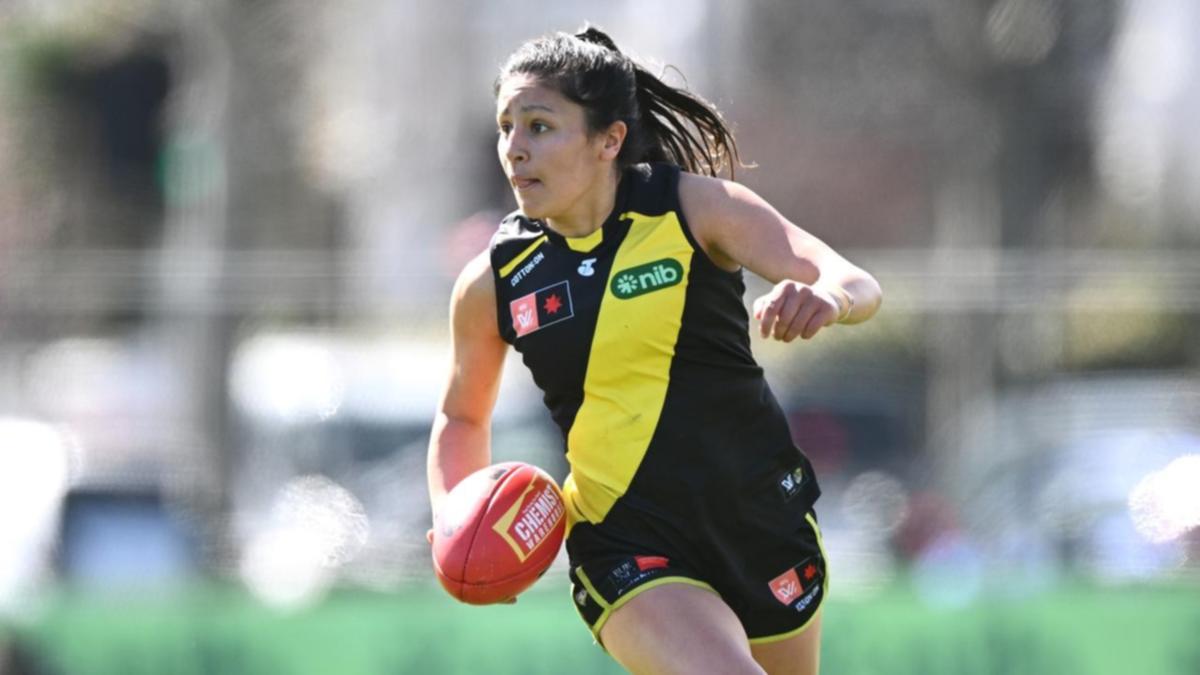 Richmond have won a fourth straight AFLW game for the first time and surged into the top eight with a tense four-point victory over Gold Coast.

Emelia Yassir put the Tigers in front with less than two minutes left on the clock at Punt Road Oval on Saturday night when she took advantage from a teammate's free kick and slotted a goal.

There was more late drama to come when Maddie Shevlin fell awkwardly in a marking contest and was carried off the field with a leg injury.

“We brought everything out, we put our hearts on the ground and we absolutely smashed it,” Yassir told Fox Footy.

“We all wanted this, we all felt on edge … we wanted to push and show everyone what we are capable of, and we are the mighty Tigers.”

The result gave Richmond a 4-2 record and their highest season win tally since joining the women's competition in 2020.

“I don't think we've ever had this kind of hype and excitement before.

“Coming off last year, we wanted to up our standard and we're on the right track.

“We just want to go upwards from here.”

Richmond have some cause for concern over a first-quarter incident that led to Kodi Jacques being reported over a front-on bump on Lauren Ahrens.

Ahrens fumbled when trying to take possession and was clumsily cannoned into by Jacques, who caught her opponent high.

Tigers captain Katie Brennan scored the opening goal on return from a week off but Gold Coast kicked the next three.

The visitors were three points in front at halftime after skipper Tara Bohanna took a great pack mark and converted, and they extended the lead through Shannon Danckert soon after the main break.

A controversial goal to Shevlin from outside 50 metres, which replays appeared to show was touched by Serene Watson in the goal square, gave the Tigers a sniff.

They finished full of running and got their rewards when teenager Yassir kicked the match-winner.