An Australian man who took to social media to rant about whether it was, “actually OK to be a white, straight male,” is being roasted online.

A TikTok video from a user with the handle Phlinmartin has now been watched more than one million times.

In the clip, where he appears to get gradually more worked up and louder, he rails against “feminist dudes,” who “don’t know how to fight,” brings up kickboxer Andrew Tate – who has been accused of misogyny – and says some women make themselves as “unappealing as f—.”

The original video now appears to have been deleted but a slew of posts replying to Phlinmartin’s outburst have now emerged.

In one video reply, known as a stitch, a man who is presumably also heterosexual says: “I don’t think even the straight white privileged males can back you up on this one. It was inarticulate and incoherent.”

In the original three minute clip, the unidentified man – who insists he is a “nice guy” – says: “Please answer this with respect because I’m asking it with respect — is it actually okay to be like a white straight male?” 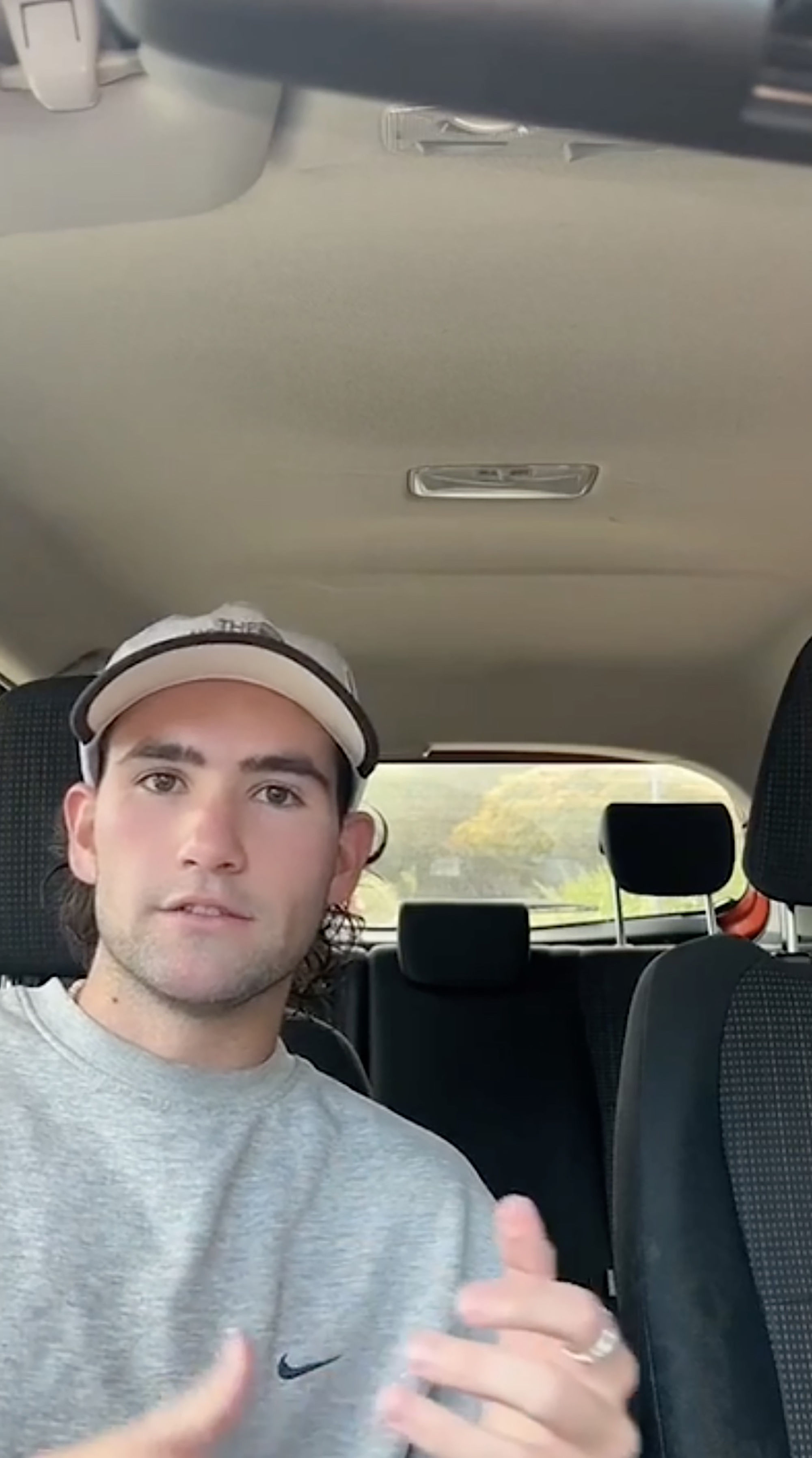 In the deleted clip, the man asks if it’s OK to be a white man who is cisgender.

He gives little evidence to suggest that it’s not OK to be heterosexual, white and male, before calling out various stereotypes who he feels don’t fit that mould.

Echoing the phrase said by many gay people, Phlinmartin says: “I was born this way.

“I hit the gym and I preach being an ‘f***ing legend’ and I speak like that just to take the p*** but in reality I’m probably a nice guy if you actually met me.

He then targets men who are not like him in strength or body size.

“If we’re in a club and there’s like some feminist dude who’s fat, overweight, doesn’t know how to fight and he comes up to you to slap your arse, who are you coming to, to get to help you?

“Someone who’s jacked and who goes to the gym, enjoys having testosterone in their system.” 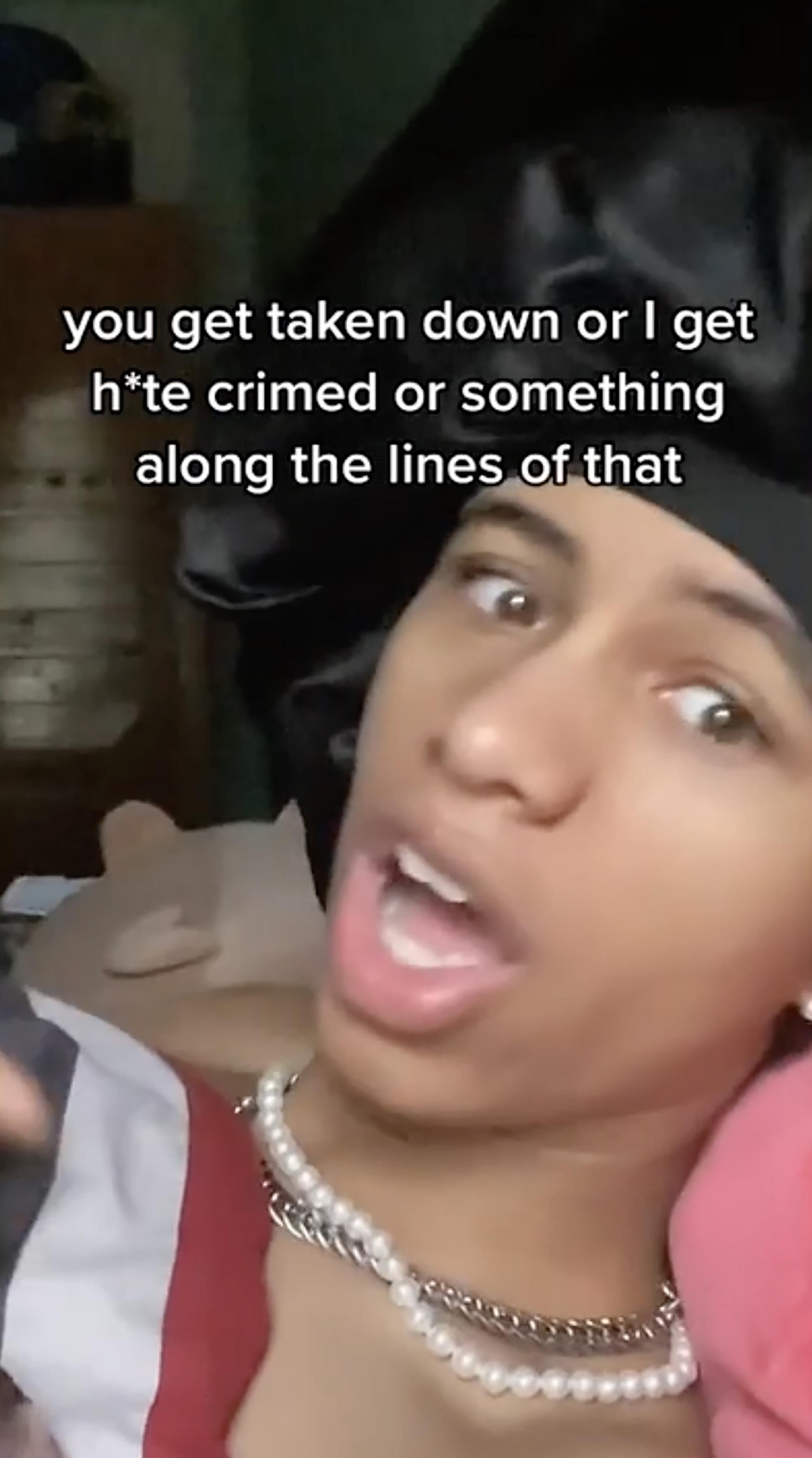 A transgender TikTokker said it was OK to be a white, cisgender male.

It’s unclear if he has ever witnessed a situation where a “feminist dude” harassed a women. If that occurred it would suggest the “dude” who was touching a woman without her consent wasn’t really very “feminist”.

“You can march all you want, you can dye your hair, you can grow your armpits out as long as you want, I don’t give an f***.

“But all your doing is making yourself unappealing as f***,” he said.

A TikTok user with the handle of Jade.here replied to the part of the rant where the man said that women make a beeline for “jacked” guys.

#stitch with @phlinmartin go off king 👑

“Not to throw you under the bus, king, but you calling yourself a ‘jacked’ legend is sounding lot like the men that we are running from,” said Jade.

TikTok user ivy.eve.scarlet, who is a trans woman, said it was “fine” to be a white, straight male.

“But the difference is if I ask the same exact question but supplementing my identity, you get taken down or I get hate crimed (sic) or something along the lines of that”.

To Phlinmartin’s central question as to whether it was “OK” to be straight, Dylan O’Brien replied: “I hope so because I’ve been one for like 19 years and I’ve never ever had a problem. But maybe that’s just because I’m not a dickhead.

“If someone wants to be a lesbian, let them be a lesbian. if it’s not affecting you, just keep smiling and carry on,” he added.

“I think it’s a genuine scientific phenomena how you’ve somehow gone and done it, you’ve managed to p*** off every single subgroup on the planet,” said another person on TikTok.

“I don’t think even the straight white privileged males can back you up on this one. It was choppy, inarticulate and incoherent. A lot of room for improvement”.