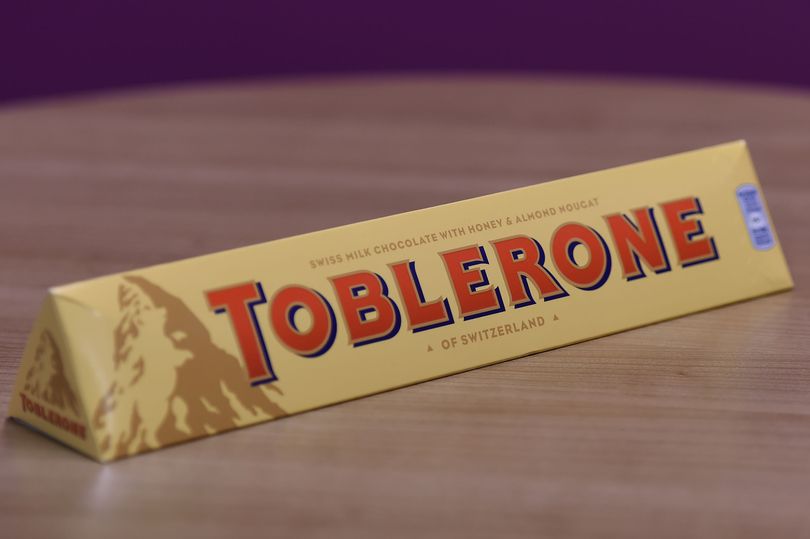 Toblerone bars have a ‘hidden’ image

When people rip into their Toblerone bars they’re normally too fixated on the delicious taste to notice much about the packaging.

However, this means that many people have missed out on spotting a “hidden detail” in the sweet treat’s wrapper. The delightful triangle-shaped chunks of chocolate are made with honey and almond nougat and come in a yellow, triangular box revealing chocolate wrapped in golden foil.

But one young lad took the time to admire the carefully wrapped chocolate bar and pointed out an ‘unseen’ detail to his mum. She then took to Twitter to ask other people if they had ever noticed it, reported The Mirror.

The tweet read: “My son had his first Toblerone today. ‘What’s the bear for?’ Me: ‘What bear?’ I was today years old when I found out there’s a bear in the Toblerone logo.”

There isn’t just a mountain printed on the chocolate box – there’s also a bear in the two-tone logo, which is stood up on its hind legs. The mum went on to explain: “Toblerone comes from Bern, Switzerland. Also known as the city of bears.”

Others praised the incredibly observant youngster, with many saying they hadn’t seen it either – despite the fact one Twitter user admitted to buying her dad one every year for 38 years on Father’s Day.

Someone else said they’d been eating the chocolate for 50 years and hadn’t noticed the subtle logo, as they said: “Eating them for 50 years never noticed that, your lad’s a genius. In my defence the wrapper is the last thing I’m thinking about when I get one.”

Meanwhile, a third added: “I’ve never spotted this. Your son will go far.”

Receive newsletters with the latest news, sport and what’s on updates from the Liverpool ECHO by signing up here

Japanese man visits Wetherspoons in Liverpool and has an unexpected reaction

DWP deadline as people urged to apply for hundreds of pounds