‘I hope the party will be as quick to conduct their enquiry as they were to rush to judgement,’ sacked minister said 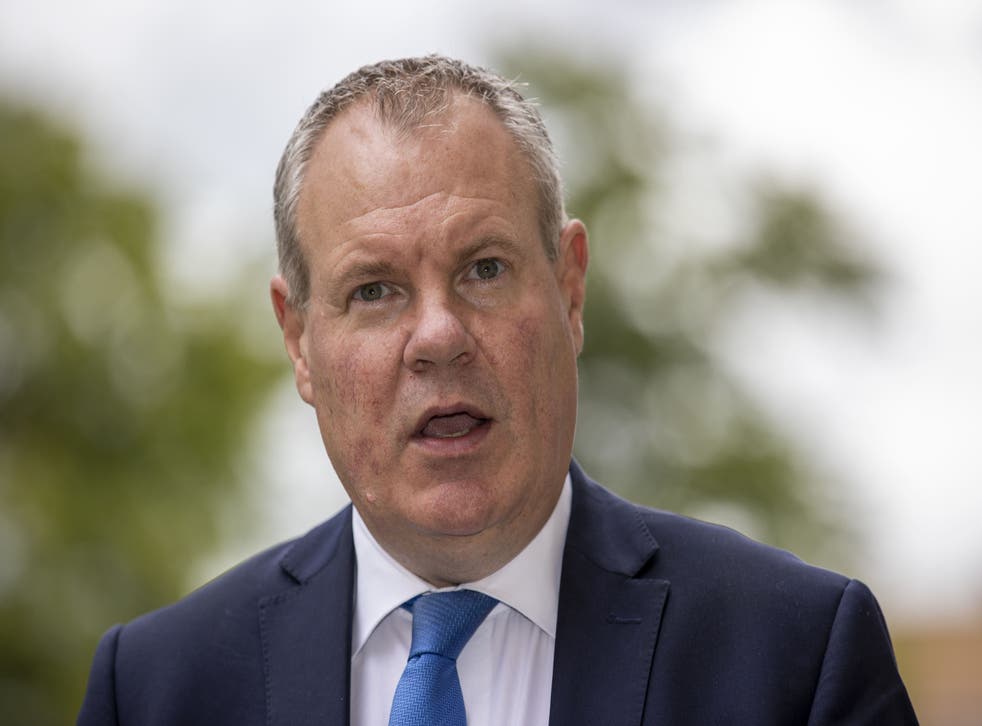 A Tory minister sacked after allegations of “inappropriate behaviour” at the Conservative conference has criticised his party’s “rush to judgement.”

Conor Burns, a trade minister, first had the whip removed by the party – and, within minutes, No 10 announced he had been told to “leave the government with immediate effect”.

The MP, 50, was a close ally of Boris Johnson during his time in Downing Street and his been the MP for Bournemouth West since 2010.

Mr Burns confirmed his suspension, in a series of tweets that criticised a “rush to judgement” and demanded that the party’s inquiry be concluded with similar speed.

“Earlier I received a call from the Chief Whip Wendy Morton. Ms Morton informed me that a complaint had been received about me and she had passed it to Conservative Campaign Headquarters to investigate,” he wrote.

He continued: “On the basis of this complaint Ms Morton told me that the Whip was being withdrawn and that I was standing down as Trade Minister. I will fully cooperate with the Party’s enquiry and look forward to clearing my name.

“I hope the party will be as quick to conduct their enquiry as they were to rush to judgement.”

His sacking follows a series of sleaze allegations against senior Conservatives, including of groping by the deputy chief whip Chris Pincher – the scandal that forced Mr Johnson out of No 10.

There are ongoing inquiries into David Warburton, the Conservative MP suspended over allegations of sexual harassment and cocaine use.

The Independent revealed how Liz Truss accepted help during her leadership campaign from a former government minister accused of sexual harassment, according to No 10 sources.

The prime minister not only knew about the allegations – denied by the politician – but suggested that he might make a return to serve in her government, officials said. 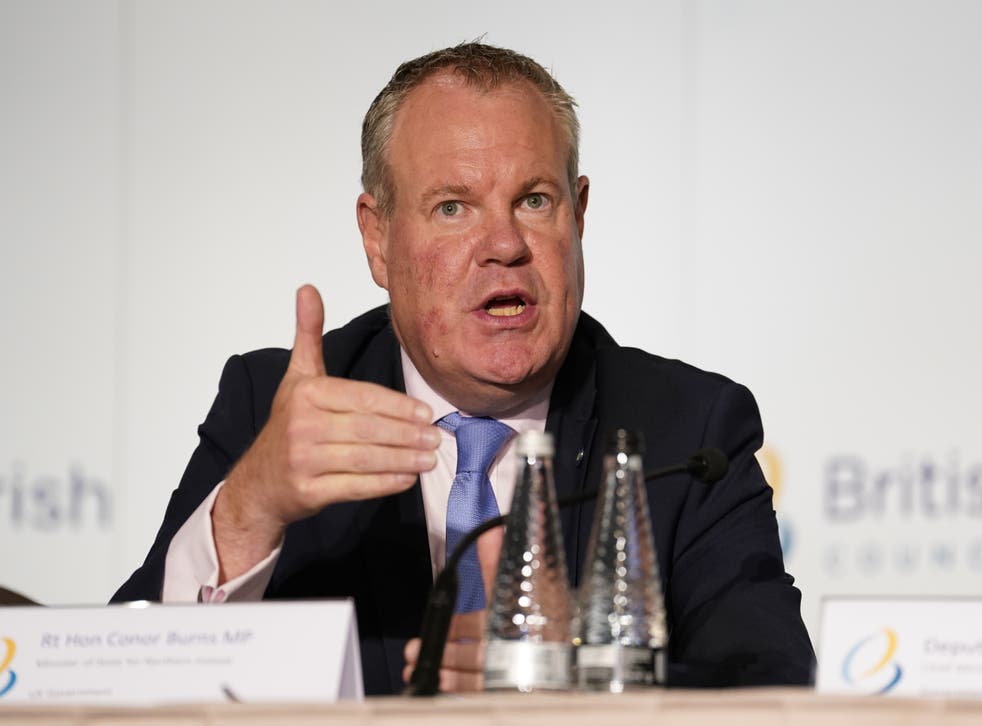 The ex minister said he will full cooperate with the investigation

“This deeply disturbing revelation is the latest in a long line of serious misconduct allegations, and raises serious questions – not only about yet another minister – but about the prime minister’s judgement in refusing to appoint an independent ethics adviser,” she said.

“For those who hoped Liz Truss would turn the page on years of Tory sleaze, we’re already seeing more of the same.”

Mr Burns made headlines at the conference in Birmingham when he mocked the prime minister over her record on post-Brexit trade deals and anointed a rival as “the future of our party”.

At a fringe meeting, he suggested Ms Truss’s time as trade secretary – when she became notorious for her social media output – was a tale of style over substance.

He praised Kemi Badenoch, the new trade secretary, saying: “Kemi totally gets that trade needs to move beyond Instagram posts about free trade agreements and needs to actually focus on delivering.”

Examining US policy-making and China's efforts in Southeast Asia

Video: Inside the I'm A Celebrity wrap dinner: Mike Tindall's royal wife Zara looks glam in a green minidress as she enjoys lavish meal with husband's co-stars while he makes heartfelt speech

Miley Cyrus’ mother Tish surprised fans by debuting her secret romance with Prison Break actor Dominic Purcell this week, seven months after filing from divorce from husband Billy Ray Cyrus. And while details of the couple’s relationship remain a mystery, Dominic’s colourful dating history is well documented. From a 90210 ...

Video: Immigration minister Robert Jenrick says migrants with diptheria symptoms WON'T be allowed to leave Manston processing centre - or will be sent to Covid-style isolation hotels - as he confirms 50 cases among asylum seekers

The Aussie TikTok user said that he was 'born' straight, white, male and 'jacked'He complained about 'feminist men' and said that he 'preaches being a legend' His comments were widely criticised and the man eventually deleted the video


View more: Aussie man is ruthlessly mocked on TikTok for asking if it’s okay to be ‘straight, white and jacked’ in a rant about 'feminist men'

Liberal MP Bridget Archer has indicated she may join a Labor government censure motion of former prime minister, Scott Morrison,over his multiple secret ministries scandal. On Monday Anthony Albanese’s cabinet endorsed all the recommendations of Virginia Bell’s inquiry and agreed to introduce legislation to formalise the publication of ministerial arrangements ...

Video: Rishi Sunak is set to scrap ban on new onshore wind farms after Cabinet minister hinted PM would give in to Tory backbench revolt including Boris Johnson and Liz Truss

Entanglement and indeterminism in sustainability management

Daily brief: Former Russian minister caught with satellite phone in Dehradun, and all the latest news