More than 40,000 rail workers are staging a fresh round of strike action this month after Mick Lynch’s RMT union confirmed plans for more walkouts.

People travelling to events, including the , the Great Scottish Run in Glasgow and the , are likely to face major disruption.

The RMT, which represents staff at Network Rail and 14 train operating companies, said its action over pay and conditions would coincide with previously announced strike action by train drivers represented by Aslef. Both unions, along with several others, were due to strike in mid-September but . 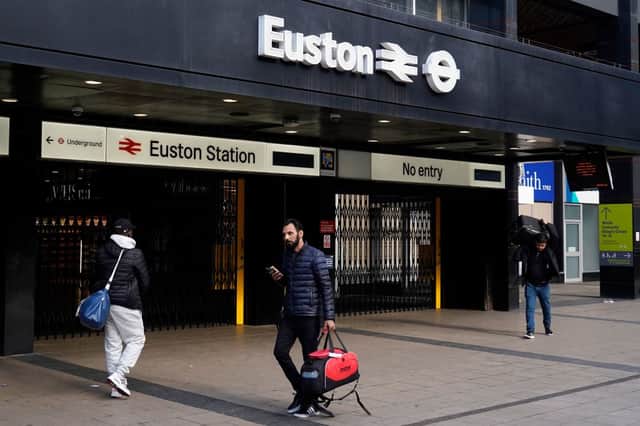 Train strikes are set to bring the UK’s railway network to an almost complete standstill in October (image: AFP/Getty Images)

Here is all you need to know about this major industrial action.

Why were train strikes cancelled in September

Aslef had planned strikes to take place on Thursday 15 September. However these were cancelled following the death of the Queen.

Aslef wrote on Twitter: “In light of the sad news of Queen Elizabeth II’s death, ASLEF is postponing its industrial action on 15th September. We express our deepest condolences to her family, friends and the country.”

Strikes planned by RMT, which had been announced for 15 and 17 September, were also called off. Secretary-General Mick Lynch said: “RMT joins the whole nation in paying its respects to Queen Elizabeth.” 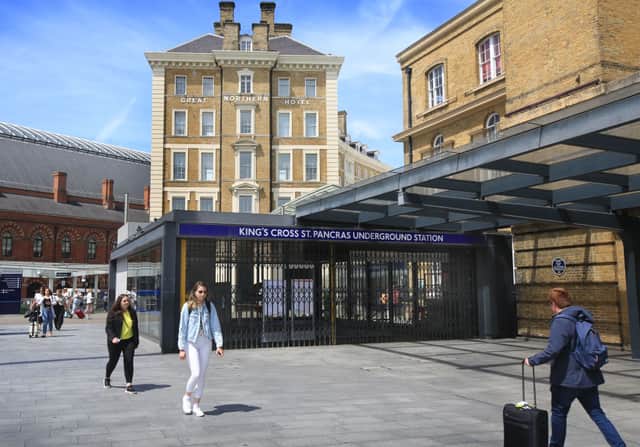 When will rail workers strike next?

Following the Queen’s funeral and end of the national mourning period, Aslef confirmed that drivers at 12 train operators will walk out on Saturday 1 October and Wednesday 5 October. In addition, drivers at East Midlands Railway will walk out on October 5 after members voted for industrial action earlier this week.

The strikes are expected to cause travel disruption around the and will affect spectators and participants heading to the , which takes place on 2 October.

RMT union members will join Aslef members in walking out on 1 October and stage a second day of action on 8 October. Previous action by the RMT has seen 80% of all rail services cancelled on strike days and knock-on effects on the days before and after. 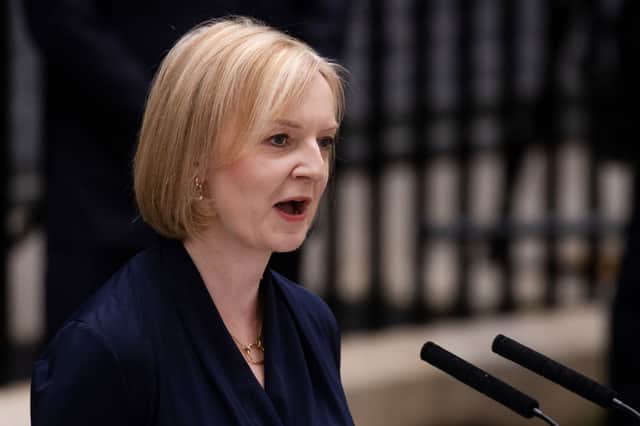 RMT general secretary Mick Lynch said it was encouraging that the new Transport Secretary Anne-Marie Trevelyan MP had met with the union but that strikes would continue until an agreement is reached. He said: “We welcome this more positive approach from the government to engage with us as a first step to finding a suitable settlement.

“However, as no new offer has been tabled, our members have no choice but to continue this strike action. We will continue to negotiate in good faith, but the employers and government need to understand our industrial campaign will continue for as long as it takes.”

What is Network Rail advice for travellers?

The 1 October strike action has affected an estimated 89% of the rail network, according to Network Rail. It has urged the general public to only travel by train if “absolutely necessary” and to plan ahead and check before you travel.

No trains are running between London and several major UK cities – including:

Network Rail has also warned that there is likely to be disruption on Sunday (2 October) as workers end their strike action. It says services will start later than normal, although it has announced it will be running extra services for the London Marathon, which begins in Greenwich.

Which operators are affected by October’s train strikes?

Aslef has said that the following train companies will be affected by its strikes on 1 and 5 October:

In addition, East Midlands Railway will be affected by the 5 October action.

RMT workers will strike at Network Rail and at the following operating companies on Saturday 1 October:

It has also warned of separate strike action at Arriva Rail London and Hull trains on the same day. 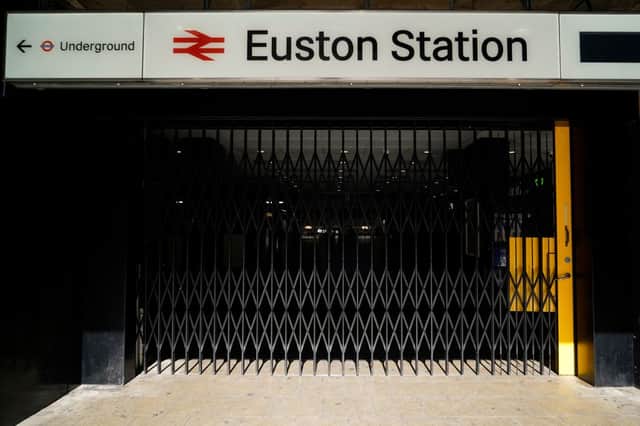 Key routes into and out of London have had to be suspended due to the national rail strike (image: AFP/Getty Images)

Why are train staff striking?

Drivers from the Aslef union have been carrying out strike action in recent months in a long-running row over pay and conditions. Earlier in the summer, Union boss Mick Whelan explained that drivers have been faced with a “real terms pay cut”, with wages failing to match rising inflation for the past three years.

He said: “Strikes are always the last resort. We don’t want to inconvenience passengers – our friends and families use public transport, too – and we don’t want to lose money by going on strike but we’ve been forced into this position by the companies driven by the Government.

“Many of our members – who were the men and women who moved key workers and goods around the country during the pandemic – have not had a pay rise since 2019. With inflation running at north of 10% that means those drivers have had a real terms pay cut over the last three years.

“We want an increase in line with the cost of living – we want to be able to buy, in 2022, what we could buy in 2021. It’s not unreasonable to ask your employer to make sure you’re not worse off for three years in a row.

“Especially as the train companies are doing very nicely, thank you, out of Britain’s railways, with handsome profits, dividends for shareholders, and big salaries for managers.”

The RMT says it will not stop industrial action until it has secured a fair deal for its members. The union wants the pay rise to be in line with inflation, claiming anything else represents a real terms pay cut. It has also previously claimed that the modernisation being sought by Network Rail is a threat to jobs and to safety.

Industrial disputes in the rail industry and other sectors, including post and telecoms, have led to a summer of strikes, which are set to resume in the coming weeks.