Alexander Farrell drove the safe bus after a night out in Bournemouth, DorsetThe bus was meant to offer a safe haven to those who are injured or in distressHe pleaded guilty to drink driving and driving without a licence and insurance

A reveller who took a ‘safe bus’ with 15 passengers onboard for a drunken joyride after a night out has been banned from driving for 16 months and was told to ‘grow up’ by the judge.

Tree surgeon Alexander Farrell, 23, jumped into the cab of the single decker ‘safe bus’ at the end of a night out in Bournemouth, Dorset.

The red bus was parked in the middle of the town centre to offer a safe haven to people who are injured or in distress while on a night out.

He managed to start the ignition and drove the bus away from shocked police officers and council wardens at 4am on July 3 this year.

Farrell, of Crookham Village, near Fleet in Hampshire, pleaded guilty to drink driving when he appeared at Poole Magistrates’ Court. 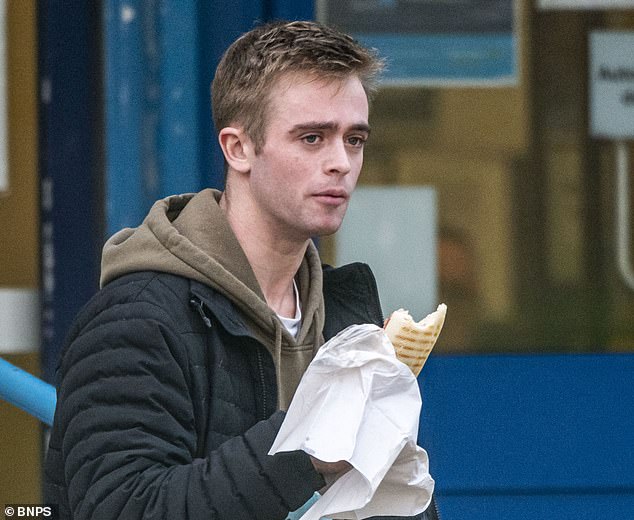 Tree surgeon Alexander Farrell, 23, jumped into the cab of the single decker ‘safe bus’ at the end of a night out in Bournemouth, Dorset (pictured leaving Poole Magistrates’ Court)

He drove it for 0.2 miles until he reached a roundabout where he stopped and fled the scene along with the group of passengers.

Farrell, a tree surgeon and an ‘urban explorer’ who has appeared on YouTube carrying out stunts like climbing public buildings, was arrested nearby.

A breath test showed that he had 59 microgrammes of alcohol in 100 millilitres of breath. The legal limit is 35 microgrammes.

Judge Michael Snow told Farrell to grow up when sentencing.

He said: ‘I imagine to you this is all a laugh. You are not a child. You are 23 years old. You are old enough to know much better.’

He added: ‘You think you’re going to cause havoc in the early hours of the morning.

‘You took the safety bus which helps keep pressure off the emergency services by providing care and a safe environment for people at risk.

‘You took that vehicle and risked it being out of action so it couldn’t provide that protective environment for others.

‘There were also 15 passengers that you put in danger. These are serious offences.’ 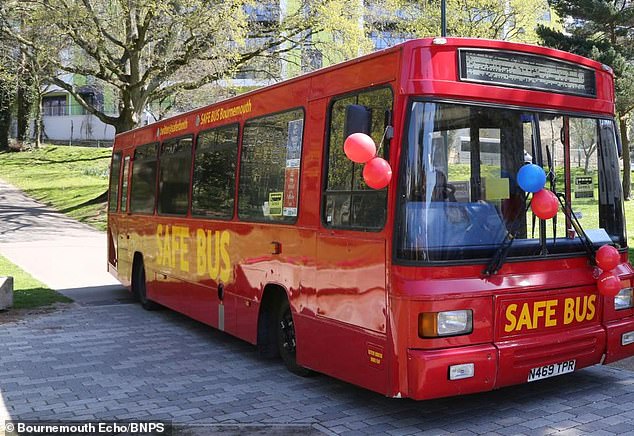 Nicholas White, mitigating, said that Farrell was of previously good character and that if he had not been drunk he would not have driven the bus.

He said: ‘The group had been on a night out and he accepts that he had too much to drink.

‘There was an element of peer pressure involved and there was no planning beforehand to do this. There is evidence that he drove it but he wasn’t really thinking clearly.

‘Had he been thinking he would not have driven that vehicle. He regrets the fact that he did.’

Farrell avoided jail but was disqualified from driving for 16 months.

He was also sentenced to a community order with a curfew between 7pm and 6am and was ordered to pay £1,393 in fines and costs.