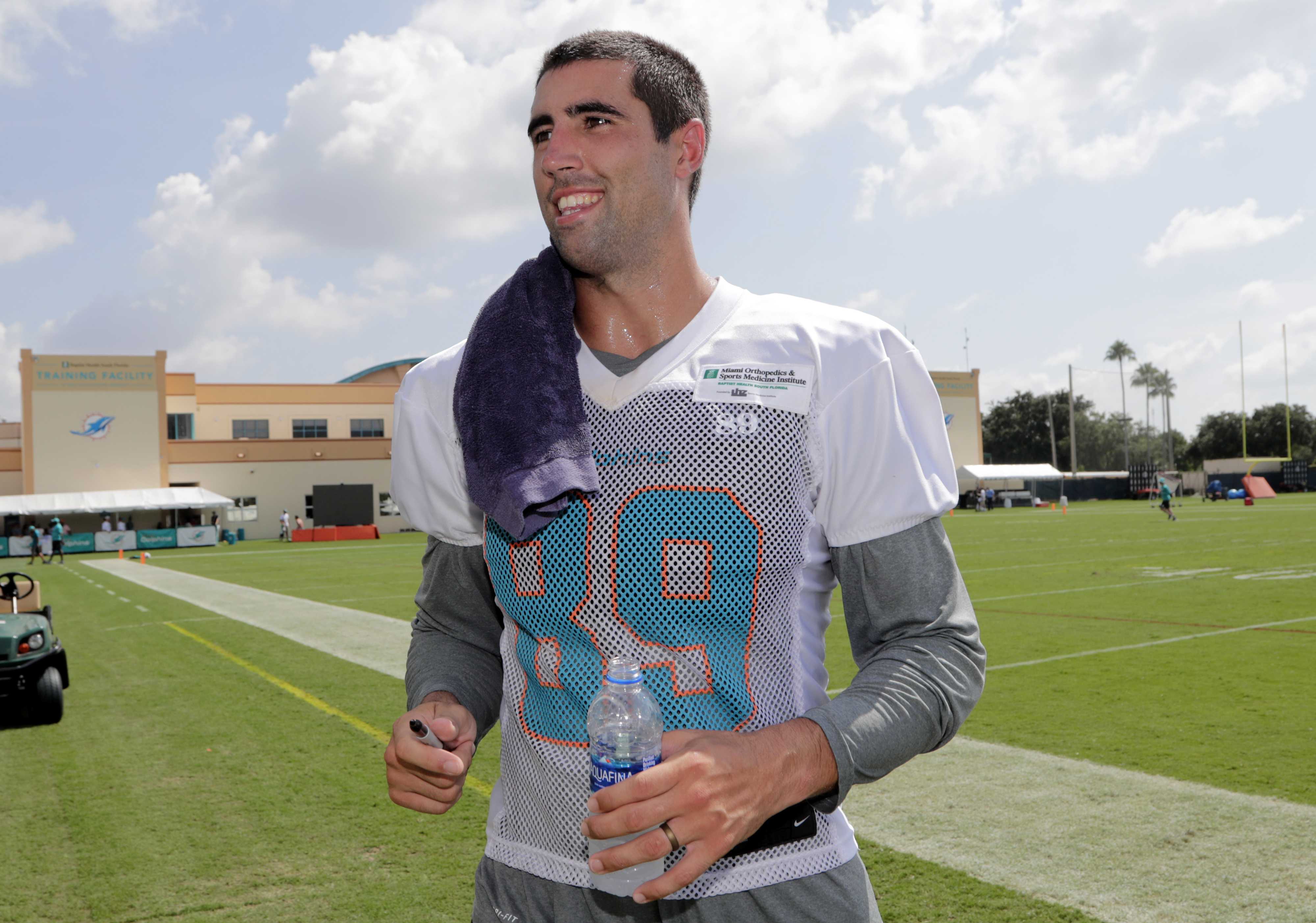 Two rock climbers, including a former NFL player, were found dead near a Southern California peak after rescue crews responded to reports of injuries, authorities said.

The climbers were identified Thursday as Chelsea Walsh, 33, and Gavin Escobar, 31.

A team managed to climb into the steep, remote area and found both climbers dead at the scene, the department said.

A small amount of rain fell in the area earlier in the day, but officials didn’t immediately say if weather was a factor in the deaths.

Escobar had been a tight end for NFL teams, including the Dallas Cowboy in a backup role from 2013 to 2016. He then had brief stints with the Kansas City Chiefs, Baltimore Ravens, Cleveland Browns and Miami Dolphins, ending his football career in 2019 with the now-defunct Alliance of American Football.

Escobar was hired in February as a Long Beach firefighter, the department said.

Tahquitz Rock, with its steep granite cliffs, is a popular destination for climbers.

Two climbers from Los Angeles fell 200 feet to their deaths on the rock in 2000, according to the Los Angeles Times.

CHECK OUT WPTZ:Get the latest Plattsburgh and Burlington news of the day. See the stories making headlines, and get the latest weather report online, anytime.

Zach Eflin The Tampa Bay Rays have largely been known to be quite frugal, favoring development within their own organization to spending money on free-agency talent. Tampa Bay deviated from the norm on Thursday by making a big splash to bolster their pitching staff involving free agent pitcher Zach ...


View more: Bolivia stresses that the ICJ ruling will allow it to dismantle artificial canals of the Silala River

Even with the biggest lot on Shem Creek, Saltwater Cowboys constantly sees overflow parking. MOUNT PLEASANT, S.C. (WCSC) – With the city purchasing a new plot of land near the Shem Creek Boat Landing, nearby businesses owners hope the additional parking will help traffic. The Charleston County Park and ...

Dec. 1—North Metro Fire Station 61 has reopened after a year of construction, and the fire district is inviting community members to tour the new station next week. According to a release, North Metro Fire Chief David Ramos will kick off the open house event at 1275 Midway Blvd. with ...

Trump Organization Lawyers Pin Blame On Former CFO In Tax Evasion Trial: ‘Weisselberg Did It For Weisselberg’ Attorneys for Donald Trump’s company reportedly blamed the firm’s former CFO Allen Weisselberg in the fraud and tax evasion trial’s closing arguments. What Happened: The lawyers repeated “Weisselberg did it for Weisselberg” multiple times on Thursday to ...

Brooks: Want to run or roll around the Vikings stadium? It’ll cost you

How Long Should Sex Last? Here’s What Sex Therapists Say

Man slashes subway rider in the face on Upper West Side

Treasure from 1857 shipwreck nicknamed ‘Ship of Gold' to be auctioned

After 4 Years, Route 1 First Leg Of Construction Compete In Bensalem

'She Loved Life': Malvern Teacher Who Died After Childbirth Remembered

JUST IN: Ana Cabrera Leaving CNN for NBCUniversal, Per Report