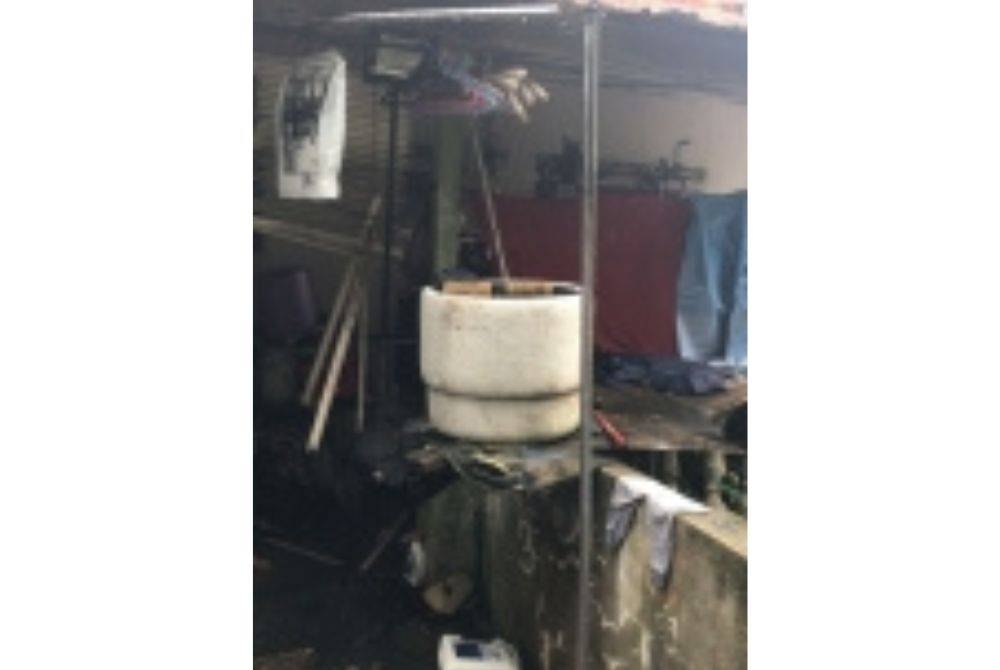 TNB authorities said that there was friction from the wire on the side of the house directly to the zinc, causing the electric current to flow through the clothes hanger. – Photo courtesy of readers

SEPANG – Two brothers died in a freak accident after being electrocuted while bathing in a basin in the yard of their house at Kampung Teras Jernang, Bangi, near here, yesterday evening.

He said the father of the victims, a food shop operator, said his children were bathing in a basin in their house compound when the incident happened. At that time, the siblings’ father had gone out to buy things while their mother was in the kitchen. When the father found his sons, both were not breathing.

“According to the father, his children died due to an electric shock that flowed from a metal clothes hanger. The Tenaga Nasional Berhad (TNB) authorities said that there was friction from the wire on the side of the house directly to the zinc, causing the electric current to flow through the clothes hanger,” he said.

Wan Kamarul Azran said the result of the investigation also found that the two victims were electrocuted when they came into contact with the metal clothes hanger in the basin.

He said there were also many metal items scattered in the house as previously the victims’ father ran a workshop but after it was closed, unused items were brought back to the house.

“The bodies of both victims were sent to the Serdang Hospital for an autopsy following the COVID-19 screening tests,” he said.

In the meantime, Wan Kamarul Azran reminded parents that there should be no leaking electrical items and electrical wiring left unattended in the compound of their house. – BERNAMA