Emirati sovereign wealth fund Mubadala has been tipped as a potential investor in Sizewell C.

Sources said the investment group, whose board includes the owner of Manchester City FC, is one of the main names in the frame to back the £20billion nuclear plant.

They suggested talks with the fund may already have taken place. 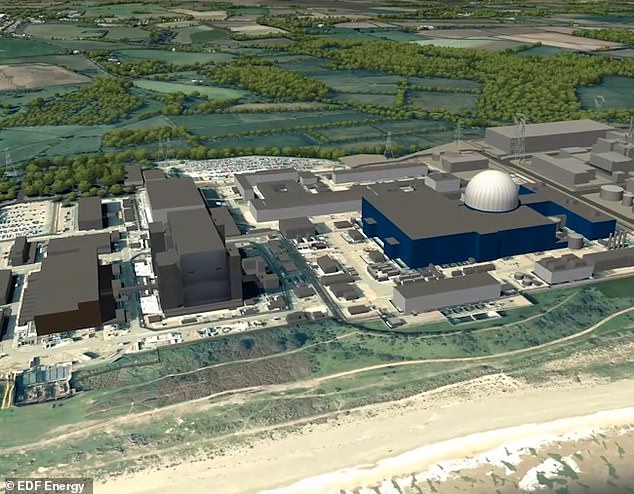 Making plans: Sources said Mubadala is one of the main names in the frame to back the £20billion nuclear plant

The Government is expected to give the go-ahead to Sizewell C within days with a ‘general investment decision’ that will formalise taxpayer support.

The Government and French energy firm EDF, which is developing the power station, are each taking a 20 per cent stake. They are racing to recruit investors to fill a 60 per cent funding gap.

Ministers have put in place a new funding model, the ‘regulated asset base’, which lets investors receive cash back during construction. This is intended to attract pension funds and institutional investors.

But they are also said to be approaching potential supporters in the Middle East, Australia and North America.

Alison Downes of campaign group Stop Sizewell C criticised the idea of foreign investors paid with money from ‘an extra nuclear tax on our bills’.

She added: ‘The promise of UK energy independence looks pretty hollow if Sizewell C turns out to be French-built and Middle East-funded.’

A Business Department spokesman said it would ‘not be appropriate to comment on potential investors’.