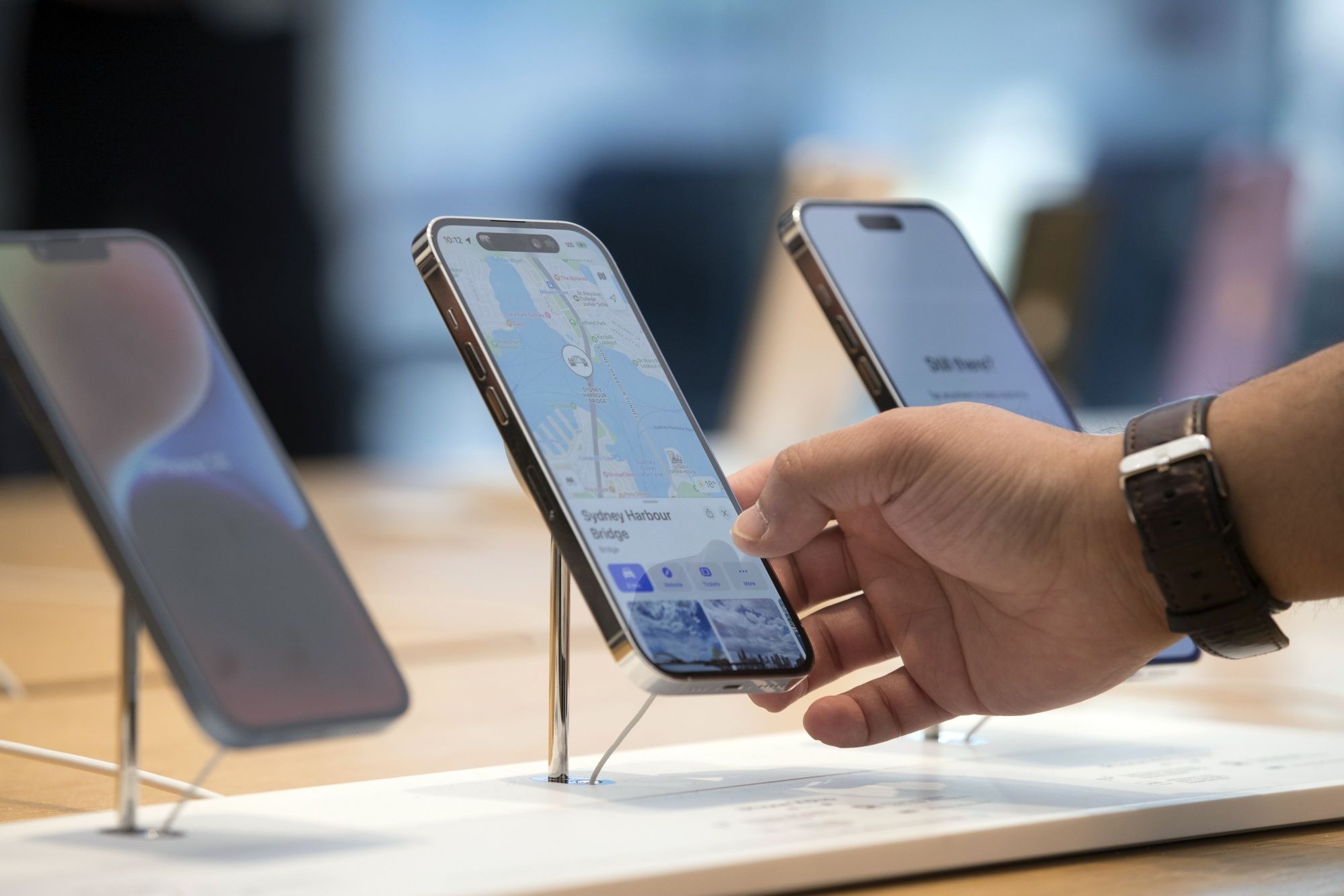 An employee gives a demonstration of the Maps app on an Apple Inc. iPhone 14 smartphone at an Apple store in Sydney, Australia, on Friday, Sept. 16, 2022. The latest iPhone hits stores today, and Apple is counting on well-heeled shoppers to make the device a hit during a year of roaring inflation and shaky technology spending.

UBS analysts slashed their forecast of total iPhone 14 production to 76 million from 92 million units for the second half of 2022, a 20% fall from 2021. They attributed the lower expectations to both the manufacturing disruption faced by Foxconn, also known as Hon Hai Precision Industry Co., and softening demand for lower-end iPhone 14 models. It’s one of the most bearish estimates about the current quarter and comes at a time of uncertainty about China’s potential relaxation of virus lockdown measures.

“It is important to monitor whether lengthening wait times for the iPhone 14 Pro/Pro Max affect demand,” UBS analysts led by Grace Chen wrote in a Dec. 1 note. “The speed with which Apple and Hon Hai can resolve the challenges at Zhengzhou is key to 2022’s fourth quarter and 2023’s first quarter volume.”

Foxconn is maintaining closed-loop operation at its Zhengzhou campus, complicating efforts to make up for lost assembly time. The closed-loop approach restricts workers to their dorms or the factory floor, minimizing the number of other people they come into contact with in hopes of containing the spread of the virus.

Local authorities lifted the lockdown that had affected the area, and the central government has also indicated a softening stance. The pace of China’s reopening is a closely watched measure and likely to impact the speed with which Foxconn can recruit staff to replenish its workforce and fulfill orders.

Challenges to iPhone Pro production could further pressure Apple’s business, as the premium phones have picked up the slack for slumping demand for the regular iPhone 14 models this year. The Foxconn facility at Zhengzhou produces the vast majority of iPhone 14 Pro and Pro Max devices.

Turmoil at the Zhengzhou plant will likely lead to a production shortfall of 6 million iPhone Pro units, Bloomberg reported earlier this week. Apple has lowered its production target of the new handsets this year to about 87 million units from an earlier projection of 90 million units.

It’s likely Apple could also ask assemblers like Pegatron Corp. and Luxshare Precision Industry Co., which typically focus on lower-end iPhone models, to produce more of the premium models to meet holiday season demand, UBS said. If such a shift happens, Foxconn’s iPhone assembly share could fall from 70%-to-75% this year to 65%-to-70% in 2023, the analysts added.

–With assistance from Cindy Wang.