Civil servants in the Scottish government have been allowed to help SNP ministers – but, now that the Supreme Court has ruled the policy area is reserved to Westminster, the policy may now be in question.

UK ministers will demand ‘urgent clarification’ on whether it is lawful this week by writing to the permanent secretary of the Scottish government, John-Paul Marks, and are seeking Whitehall advice.

It comes after five judges unanimously ruled in the Supreme Court last week that the Scottish Government cannot press ahead with a referendum without the consent of Westminster.

It has emerged that 24 Government officials are working on the updated prospectus for independence, with their salaries costing up to £1.5million. 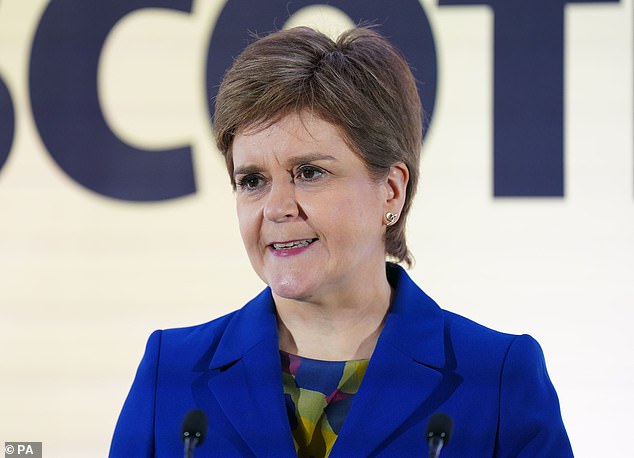 Last week, Miss Sturgeon refused to commit to reallocating a £20million fund set aside for a referendum.

A group of businessmen has obtained legal advice suggesting it may be illegal for ministers to use public cash on independence when they do not have the power to hold a referendum on the issue.

The group, led by care home tycoon Robert Kilgour, claim it is ‘scandalous’ that public funds and civil servants’ time are being used to draw up the case for independence rather than SNP money.

They have obtained initial legal advice suggesting the case is arguable in court.

A leading KC has now been instructed to set out options, including a possible judicial review in the Court of Session. The case is set to focus on the claim that use of public resources on independence by SNP ministers is ‘ultra vires’ – beyond their legal power or authority. 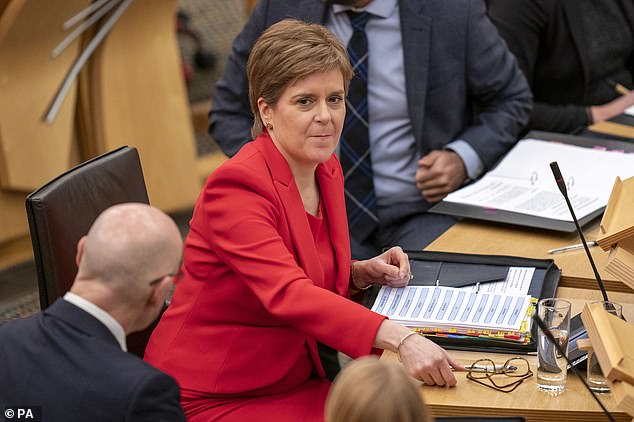 Last week, Miss Sturgeon refused to commit to reallocating a £20million fund set aside for a referendum

‘I waited to see what her and the SNP response is and it seems to be ‘full steam ahead’ on spending public money and using civil servants on what is, from the Supreme Court ruling, quite clearly party campaigning activity, not something that is within their remit as an elected government to do.

‘It is absolutely scandalous that they are doing this. It is arrogance beyond belief and is a complete insult to Scottish taxpayers.’

The group is also assessing whether to raise concerns in the legal case about the £370million budget of the Constitution, External Affairs and Culture department overseen by Angus Robertson, which includes spending on overseas Scottish ’embassies’.

Initial advice from lawyer David McKie, of Levy & Macrae, who represented Alex Salmond in his successful judicial review against the Scottish Government over its handling of complaints about him, has indicated the case is arguable but that the detail will need to be examined further. 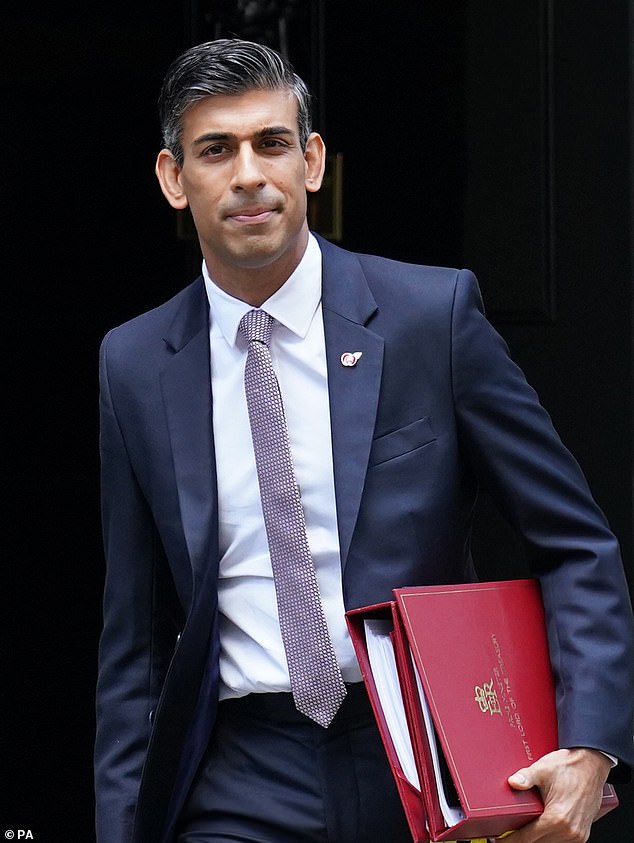 It comes after five judges unanimously ruled in the Supreme Court last week that the Scottish Government cannot press ahead with a referendum without the consent of Westminster. Prime Minister Rishi Sunak is pictured on November 9

A leading KC has been instructed to provide a further assessment.

Mr Kilgour added: ‘They are treating Scottish taxpayers’ funds like their own piggy bank and they are behaving like a South American banana republic.’

The Government has already published three Building a New Scotland papers setting out the case for independence. Publishing costs so far are £18,993 for the first and £10,034 for the second. The cost of the third has not yet been revealed.

James Mitchell, professor of policy at Edinburgh University, told the Sunday Times: ‘It is quite possible that in taking this case before the Supreme Court, the SNP Government has shot itself in the foot by making officials less willing to cross the line between party and government business.’

A Government spokesman said that ‘in light of majority support’ at the Scottish parliament for a referendum, it ‘will continue to set out, through the Building a New Scotland prospectus series, what could be done with the full powers of independence’.