Uvalde CISD officials said Friday they had suspended all of the district police department’s activities for an unspecified period of time. 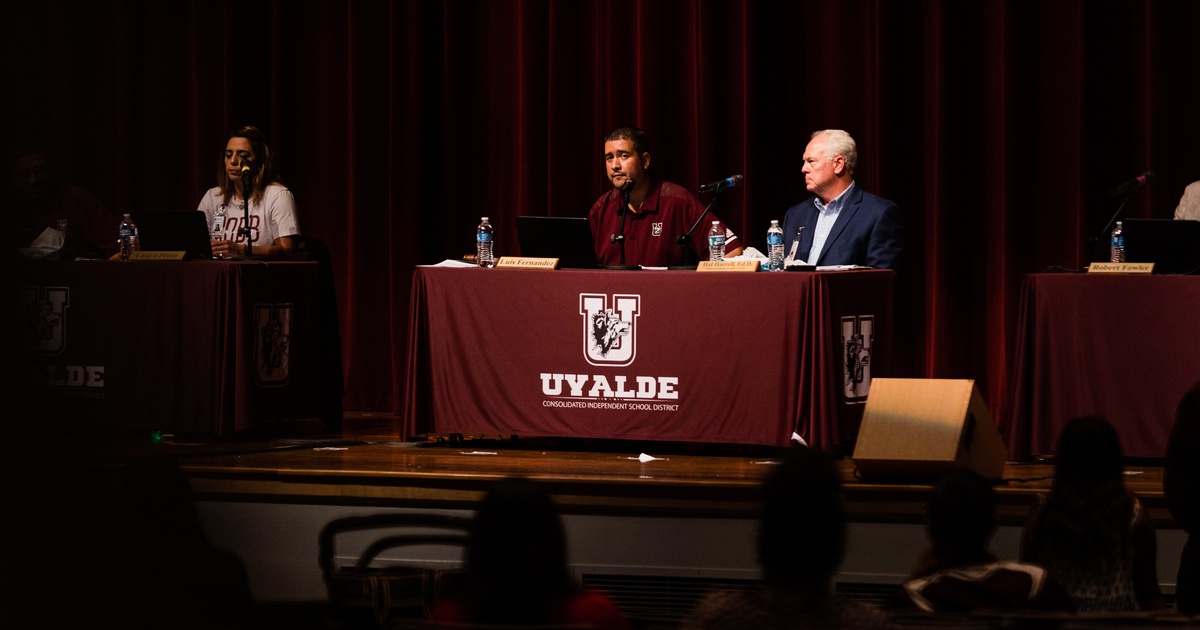 Uvalde school officials on Friday suspended all of the district police department’s activities and placed two of its officers on paid administrative leave, citing “recent developments that have uncovered additional concerns with department operations.”

Lt. Miguel Hernandez and Ken Mueller were placed on leave, and other officers employed with the department will fill other roles in the district, according to a Uvalde Consolidated Independent School District press release issued Friday. Mueller decided to retire, the release said.

The district said decisions regarding the future of the department had been pending the results of two investigations, but it suspended the department’s activities Friday as a result of the new concerns.

Earlier this week, the school district fired a recently hired district police officer after it became public that she was one of the first state troopers to arrive at Robb Elementary on May 24, when a gunman killed 19 students and two teachers, the deadliest school shooting in Texas history. The delayed police response has drawn wide scrutiny and remains under investigation.

This is a developing story that will be updated.

Two NYPD officers were forced to retire after the department discovered they lied about investigating cases, including domestic violence and drug complaints, department documents say. Officer Eric Cabrera was assigned to the 113th Precinct in Jamaica when he improperly closed 25 investigations in 2019 — including numerous domestic violence cases ...

11/26/22 Cristiano Ronaldo just went through a messy divorce with Manchester United after his bombshell interview with Piers Morgan where he slammed the club in more ways than one. The two parties decided to mutually part ways and he’s already garnering interest from one team in particular, but it’s ...

BRASILIA, Brazil (AP) — A former student armed with a semiautomatic pistol and a revolver who killed three people and wounded 13 in two schools in Brazil had a swastika pinned to his vest and had been planning the attacks for two years, police said. The shootings took place Friday ...

USA TODAY The Serbian soccer federation was charged by FIFA on Saturday for hanging a political banner about neighboring independent state Kosovo in the locker room before playing Brazil at the World Cup. It showed a map of Serbia that included the territory of its former province, which has been ...

Darlene Love on what the Beatles took from Black musicians, and what they gave back

A woman died from hypothermia while hiking in Zion National Park: officials

Retiring GOP Sen. Pat Toomey says he has 'no doubt' that Trump 'intended to thwart the outcome' of the 2020 election

World Cup mystery solved: Why soccer players dive, as told by the master of the ‘dark arts’

Look: The First World Cup Team Has Made It Out Of Group Stage