The trio of crooks drove up at the station on Kent Avenue near Williamsburg Street East in a blue sedan around 4:30 a.m. Thursday, according to authorities and the clip they released.

One of the robbers is shown shoving the worker to the ground before throwing punches at the employee and trying to block him from entering the attached store. 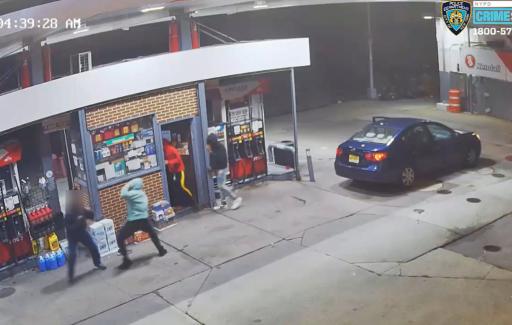 One suspect is seen shoving the worker to the ground while the other two enter the store. 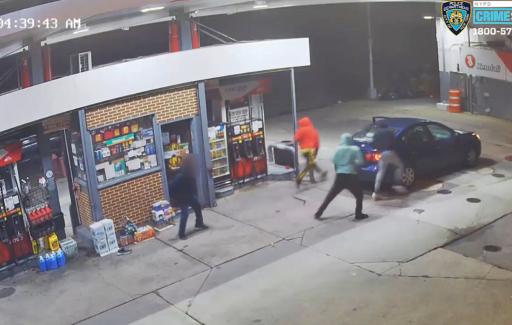 The victim appeared to try to scare away the crew with a squeegee.

Meanwhile, the two other suspects were already inside the shop, pocketing about $800, according to cops and the video.

The worker tried to scare away the crew with what appeared to be a squeegee before they took off in their car.

Cops are hoping for the public’s help in tracking down the suspects.

A man has died after he was allegedly stabbed during an altercation in Melbourne's southeastern suburbs. Emergency services were called to St Kilda beach just after 7.30pm on Sunday following reports of people fighting. One 18-year-old man was found with stab wounds on the beach near Pier Road. The ...

When Lauren Nicks, a senior at Spelman College in Atlanta, cast her vote in last month’s midterms, she did so in her home state of New York. Nicks, a 21-year-old international studies major at the historically black college, had been told months earlier by fellow students about a law that ...

Stop the Netflix mooching: This is how to give unwanted users the boot from your account

Family Seeks Answers After Police Kill Man on His Own Porch

Surviving roommates in University of Idaho stabbings break their silence