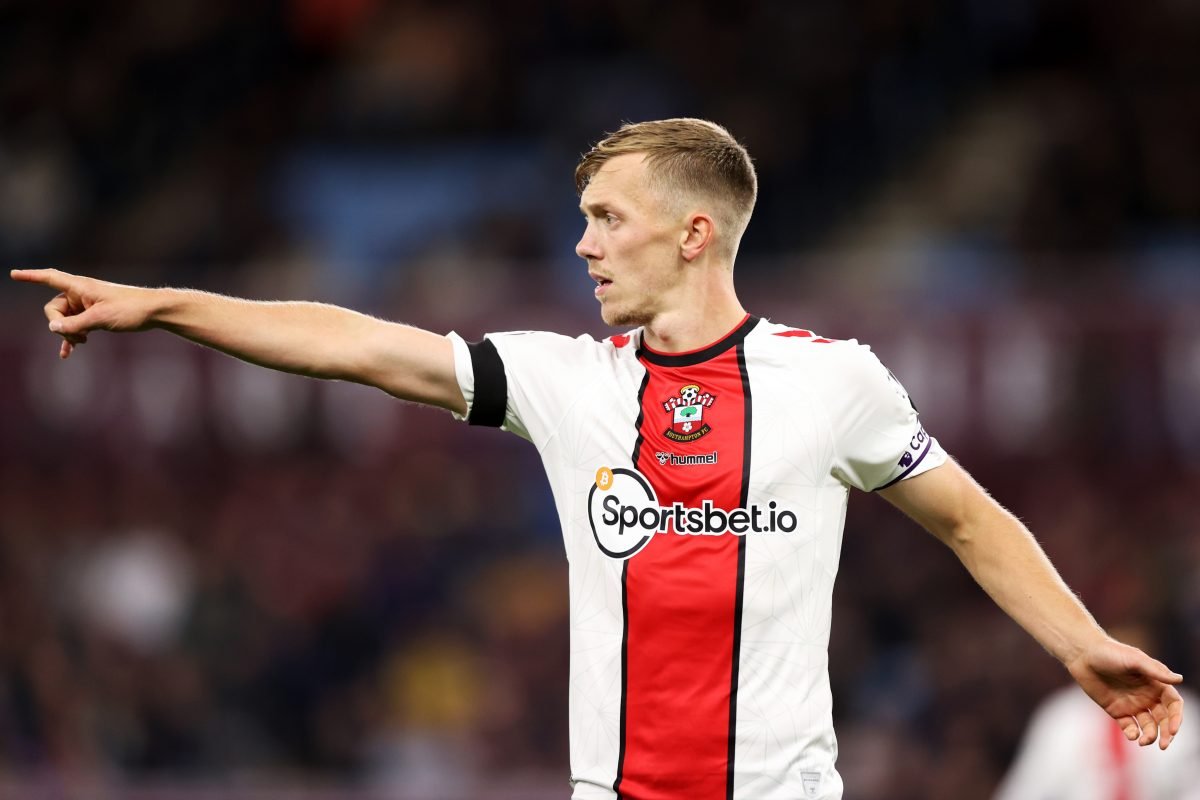 Aston Villa have shown over recent years that they are not shy when it comes to approaching their fellow English clubs to try and sign players.

Danny Ings, Emi Buendia, Ollie Watkins and Matty Cash, among others, have all made moves to Villa Park from other clubs across the country.

However, one player that the Villans and Johan Lange were unable to lure despite their best attempts, and who we think they must regret missing out on, is James Ward-Prowse.

In the 2021 summer transfer window, the Midlands club reportedly had a £25m bid rejected by the Saints for their captain. Shortly afterwards, the Englishman put pen to paper on a new five-year deal at the south coast club and has since shown why Villa should have done more to sign him when they had the chance.

Last season saw the 27-year-old end the campaign with more shots (51), key passes (70), shot-creating actions (113) and crosses (68) than any other Southampton player, which highlights how much of a creative and attacking threat he can offer from the middle of the park.

His overall performances earned the £45k-per-week England international a solid season rating of 7.01/10, making him the highest-rated Saints player according to WhoScored. This would have made him Villa’s second-highest rated player for the 2021/22 campaign by the same metric, only behind John McGinn (7.17/10).

Praised by Pep Guardiola for his “exceptional” set-piece prowess (14 free-kick goals in the Premier League), Ward-Prowse would surely have been a useful addition to Steven Gerrard’s ranks – especially from an attacking point of view, as the Villans have had the second-fewest shot-creating actions (97) in the league so far this season.

Taking all this into account, we feel that the club and Lange should be kicking themselves over not securing the midfielder’s signature when they had the opportunity to do so last year, thus continuing their track record of signing players from fellow English clubs.

WNBA's Griner in my heart every day: Nurse

Canadian basketball star Kia Nurse says she is affected by the imprisonment of Brittney Griner every day and is carrying her WNBA teammate in her heart as Canada charge through the FIBA Basketball World Cup. Canada and the USA are the only unbeaten teams after the first four days ...


View more: WNBA's Griner in my heart every day: Nurse

Socceroos coach Graham Arnold says he's in the dark as to whether he'll coach Australia after the World Cup, but the fire burns to keep the role beyond his four years in charge. “It's not enough for me. I want more,” Arnold told AAP. Arnold's future was the subject ...

COPENHAGEN – Nations League holders France lost 2-0 to Denmark in their final Group 1 game but salvaged their place in the top tier at the end of a dismal campaign on Sunday. Didier Deschamps’ side, who will face Denmark in Group D at the World Cup in November, ...

Raheem Sterling reflects on past ‘dread’ of international duty with England

The Chelsea forward was previously a target for the boo-boys at Euro 2016.


View more: Raheem Sterling reflects on past ‘dread’ of international duty with England

Northern Ireland ease relegation fears with first Nations League win in Kosovo victory... but still face a challenge to stay up as they prepare to face Greece in Athens


View more: Northern Ireland ease relegation fears with first Nations League win in Kosovo victory... but still face a challenge to stay up as they prepare to face Greece in Athens

Porto's star striker Mehdi Taremi, journeyman midfielder Saeid Ezatolahi and the world record arm of Alireza Beiranvand... the FIVE Iran players England need to watch out for in group B at the Qatar World Cup

DAVID LLOYD: Bowlers must be told to warn batters first about 'Mankad' dismissals after the Charlie Dean controversy... and it's time for the MCC to tweak the wording of the ambigious law


View more: DAVID LLOYD: Bowlers must be told to warn batters first about 'Mankad' dismissals after the Charlie Dean controversy... and it's time for the MCC to tweak the wording of the ambigious law

'If we can do four, why can't we do five?': Jack Welsby hails his 'pretty special' St Helens side after they beat Leeds Rhinos to win a historic fourth successive Super League title


View more: 'If we can do four, why can't we do five?': Jack Welsby hails his 'pretty special' St Helens side after they beat Leeds Rhinos to win a historic fourth successive Super League title

ON THE ROAD: Pilgrims make progress at the Theatre of Greens as Plymouth skip over Ipswich to reach the summit of a League One now littered with former Premier League teams

Exeter 43-42 Harlequins: Chiefs snatch last-minute victory amid TMO turbulence... as the visitors are left 'frustrated' that the match-winning try was allowed to stand

'It is fantastic after everything to be riding Westover again': Rob Hornby reunites with the Irish Derby winner for a shot at the Qatar Prix de l’Arc de Triomphe in Paris

IAN LADYMAN: Idiots calling for Gareth Southgate to go should remember England were a LAUGHING STOCK six years ago... we have become a serious football nation again on his watch

'He can't keep getting away with it': Mum of 14-year-old autistic boy whose phone was smashed by Cristiano Ronaldo at Everton demands the Manchester United star is punished after being charged with improper conduct by the FA

Harry Maguire keeps his place, Jude Bellingham is a certain starter and James Maddison is handed a recall... Sportsmail's experts pick their England teams for the World Cup

CHRIS SUTTON: Make a call on Maguire, create better quality chances by recalling Maddison and work out his best starting XI... SIX THINGS Southgate must do for England to have a hope at the World Cup

'We're all in this together!': Gareth Southgate sends out a rallying cry ahead of England's last game before the World Cup... as he insists the Three Lions 'can't succeed with the fans and media against us' in Qatar

'We're always optimistic': Gareth Southgate admits 'we don't know' if Kalvin Phillips will recover from injury in time to make World Cup squad... but the England boss insists 'it's amazing' what the body can do when a player is 'hungry'

World Cup winner Frank Leboeuf labels Trent Alexander-Arnold a 'Championship-level' defender... and claims Jurgen Klopp's system at Liverpool is the ONLY one that works for the full back

Schauffele clinches Presidents Cup for US

Zlatan Ibrahimovic shares a trailer of his acting debut in the new Asterix and Obelix movie... as the Swedish hitman is seen uppercutting a soldier with his helmet as he flaunts his fighting skills

Tim Steidten is a data guru, Les Reed is busy at Wrexham and Monchi runs things at Sevilla... after Salzburg's Christoph Freund said no, what next for Chelsea in their director of football search?

Meninga thrilled with Cobbo at centre

Revenge is sweet for Opals and Talbot

Chelsea 2-0 Man City: Emma Hayes' side pick up first win of the season after Fran Kirby and Maren Mjelde strikes help them to victory over pointless City

Chelsea’s season up and running after champions beat Manchester City