CHICAGO (CBS) — A man has been charged with gaining entry to the Homan Square Chicago Police facility and getting his hands on two guns during a SWAT training exercise.

Donald Patrick, 47, of Waukegan, was charged with five counts of aggravated assault to a peace officer and three counts of burglary. He is due in court for a bond hearing on Wednesday. 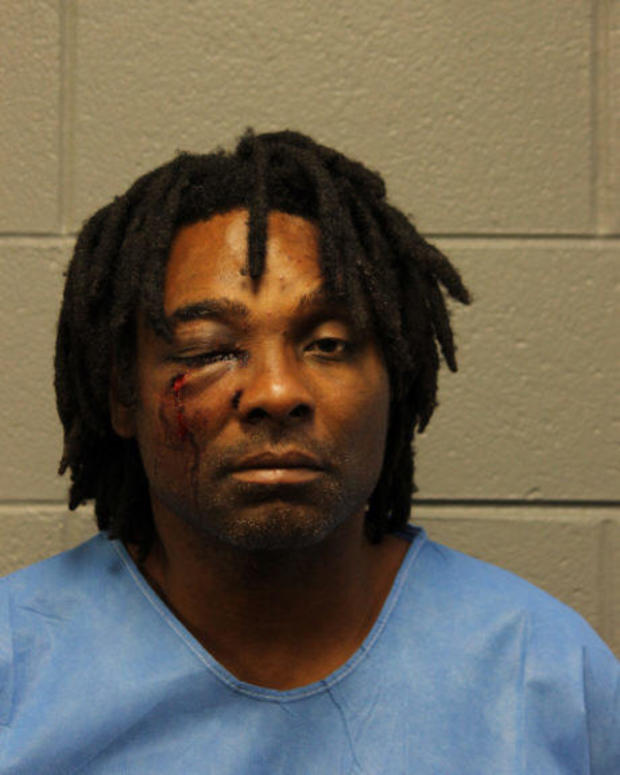 Chicago Police said around 11:30 a.m. Tuesday, Patrick walked up to the security shack outside the Homan Square facility, near Homan Avenue and Fillmore Street, and asked where he could go to retrieve property that was being held there.

After the guard directed him to the public entrance on the other side of the building, the man instead walked west toward Homan Avenue, and came across a fire escape, where he manipulated several nearby items to enable himself to reach the fire escape’s metal stairs, pull them down, and climb up to the 5th floor, where he walked in through a door that had been propped open for ventilation, because that floor has no windows, police Supt. David Brown said Tuesday.

The Homan Square site is home to the Chicago Police Department’s evidence and recovered property section; and serves as the base for several specialized units, including the Bureau of Organized Crime, the SWAT unit, evidence technicians, and the CPD ballistics lab.

Brown said those guns were either empty, or loaded with so-called “simunition” – a reference to non-lethal pellets used in training exercises, which sting when they strike someone, but don’t cause serious injury or death. But the invader did not know that fact.

Officers taking part in the training immediately notified other officers who were not part of the exercise, and were armed. Those officers immediately responded, and after Patrick pointed the two guns at them, at least one officer shot the man, police said.

Patrick has a lengthy criminal arrest record, was taken to Stroger Hospital of Cook County. Brown said his injuries were not life-threatening.

One police officer who sprained his ankle while responding to the incident was taken to Mount Sinai Hospital for treatment.

Brown said it’s possible that officers taking part in the training believed Patrick was part of the exercise when they first saw him.

“Obviously, someone coming from a stairwell outside startled everyone. Who is this person? Is this person associated with the training?” Brown said. “We do have live actors sometimes that come in plain clothes.”

The superintendent declined to say if police ordered Patrick to drop the guns before he was shot, saying that will be part of an investigation by the Civilian Office of Police Accountability (COPA). Brown said it’s unclear what, if anything, the man might have said to police after picking up the guns.

“Let me tell you, son…“ When Spain obliterated Costa Rica 7-0, former Manchester City and current FC Barcelona winger Ferran Torres helped himself to a couple of goals. Celebrations are of course part of the game, but Spain coach Luis Enrique has a bone to pick with Ferran if ...

As shoppers seek out the best deals on Cyber Monday, Amazon fulfillment centers across the Chicago area are busy fulfilling orders across the Midwest. One facility, a 3.8 million square foot building in south suburban Matteson, is filled by robotic moving shelves that store small items and bring them ...