A COUPLE quit their jobs to live in a van – and it's saving them thousands of pounds in rent and bills.

Ryan Sibley, 28, and Laura Rigby, 27, left London for a life on the road just as their friends were buying houses and settling down. 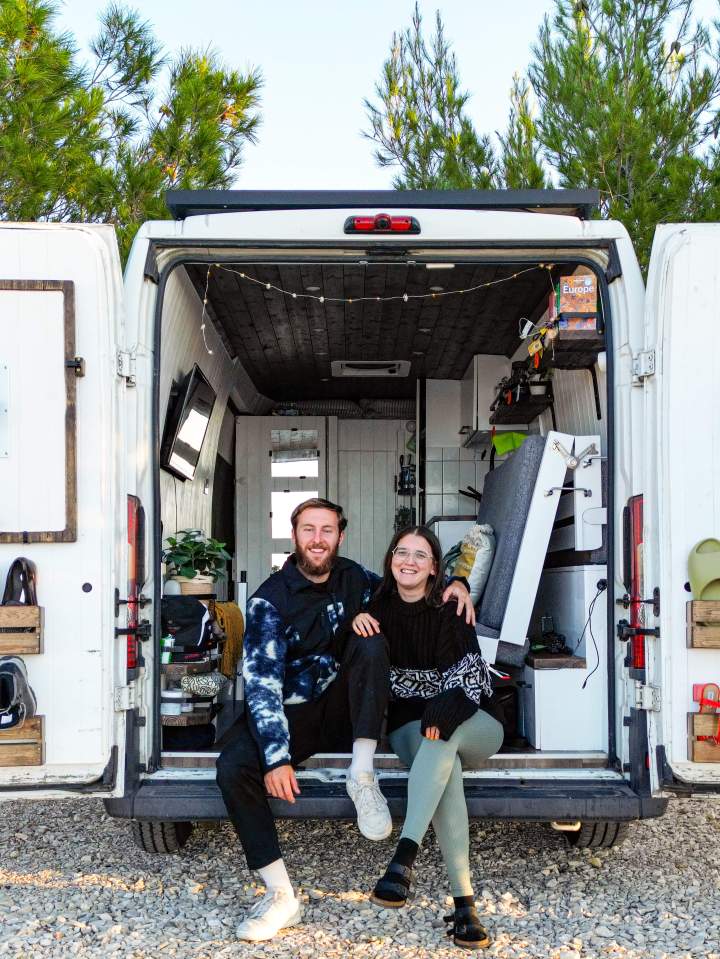 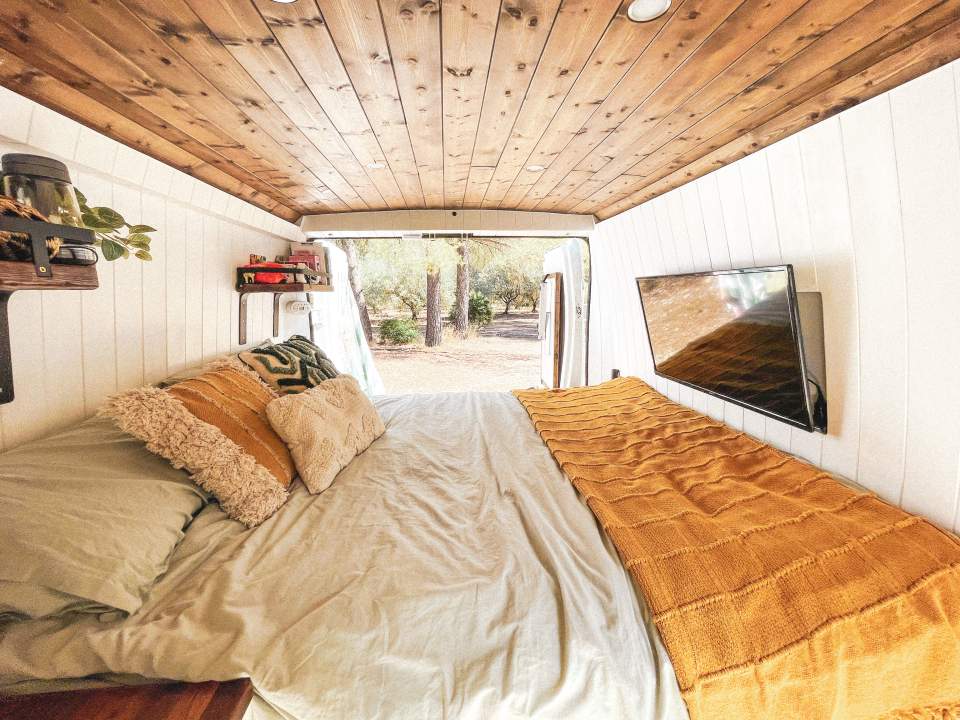 They left their jobs in London for life on the roadCredit: mediadrumimages/VehicleAdventure

They said goodbye to their nine-to-fives in August 2022 and moved into their self-converted 2010 Citroen Relay L3H2.

But they are spending significantly less each month than they were in the capital, making it all worth it.

Former leisure manager Ryan and ex-primary school teacher Laura tested out the camper on short trips before taking the plunge and making it their home.

Since leaving the UK on August 10, they have covered 8,600 miles and visited 10 countries including France, Portugal and Croatia.

The pair describe themselves as smart savers who have budgeted to ensure their lifestyle is fulfilling yet easy on the wallet.

They said: “We are able to save money on not paying for hotels or accommodation when travelling somewhere and therefore we have more money in our budget for excursions, food and drinks.

“We budget £500 each a month to live off and we are trying to stick to this as much as we can.

“This £500 includes diesel, food, excursions, toll roads and stays at any campsites.

“Living and travelling in our van still works out cheaper than having a home in London and since we had both been saving for a flat or house from the time we began working, we decided to use some of these savings to fund this trip.”

The average monthly rent for a two-bedroom flat in London is now £2,226, Rightmove data shows.

And when bills and commuting costs are added, this creeps up to £3,000.

However, while they are saving some cash, things are not always easy and Ryan and Laura's travels have not been without obstacles.

Not only do their have to think about fuel and other maintenance costs, they also have to consider where they will sleep when repairs are being carried out.

Living and travelling in our van still works out cheaper than having a home in London.

“With the van being both our home and our vehicle, we rely on the van to mechanically work well so when we recently had issues, we lost not only our vehicle but also our home while it was in the garage for repairs,” they said.

“We also have to think carefully about where we can park the van overnight in places that aren’t intrusive to others or cause any disturbance.

“We make sure that we are mindful about our water usage and waste and we have to incorporate filling up water and disposing of our waste regularly into our travel plans.”

And on top of all of that, the duo have had to navigate the Schengen Agreement as they are exploring Europe post-Brexit.

Ryan said: “We have had to ensure that we do not spend longer than 90 days within the Schengen countries in any 180 day rolling period.

“This means that we have had to adapt our travel plans and move to non-Schengen countries for the winter.”

But the couple's passion and drive to make the most of their van life and the support they get from their family and friends keeps them going.

“Our friends and family have all been really supportive of our choice to travel and to do so in our own van,” they said.

“We have also been fortunate enough to meet many other lovely and supportive people both through social media and while travelling.

“A van gives us the freedom to travel and see new places, which we both wanted to do before we settled down somewhere.

“We are at an age where many of our friends are settling down and buying houses, but we felt that we wanted to see more of the world before we did that.

“It has been great to see so many countries, many that we had never been to before.”

They continued: “We get to meet many different people, who are also travelling or living in motorhomes or in the places that we are visiting from many different cultures, countries and walks of life.

“As we are travelling in our van full time, we can travel at a slower pace and spend longer in areas that we are enjoying.

“We have the freedom to explore places that we have always wanted to go to but haven’t had the time around our jobs.

“We get to bring everything that we need along with us and don’t have to worry about having to leave certain items behind if it can’t fit in our suitcase.

“We experience the comfort of being at home in the van regardless of where we are in the world.” 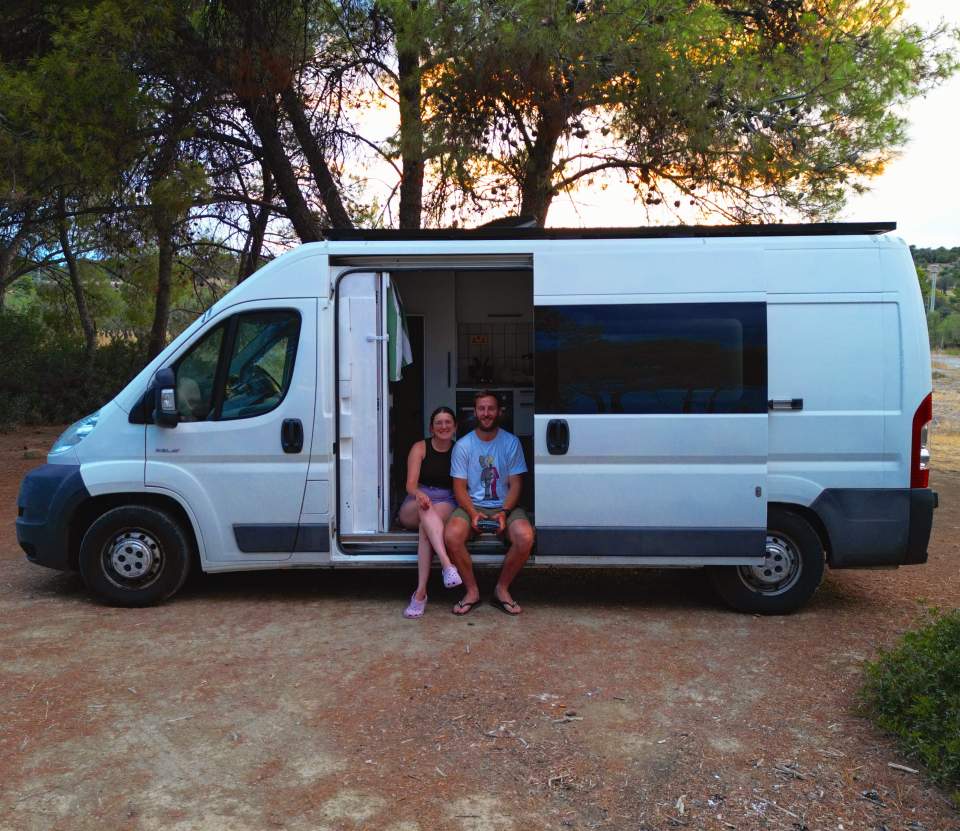 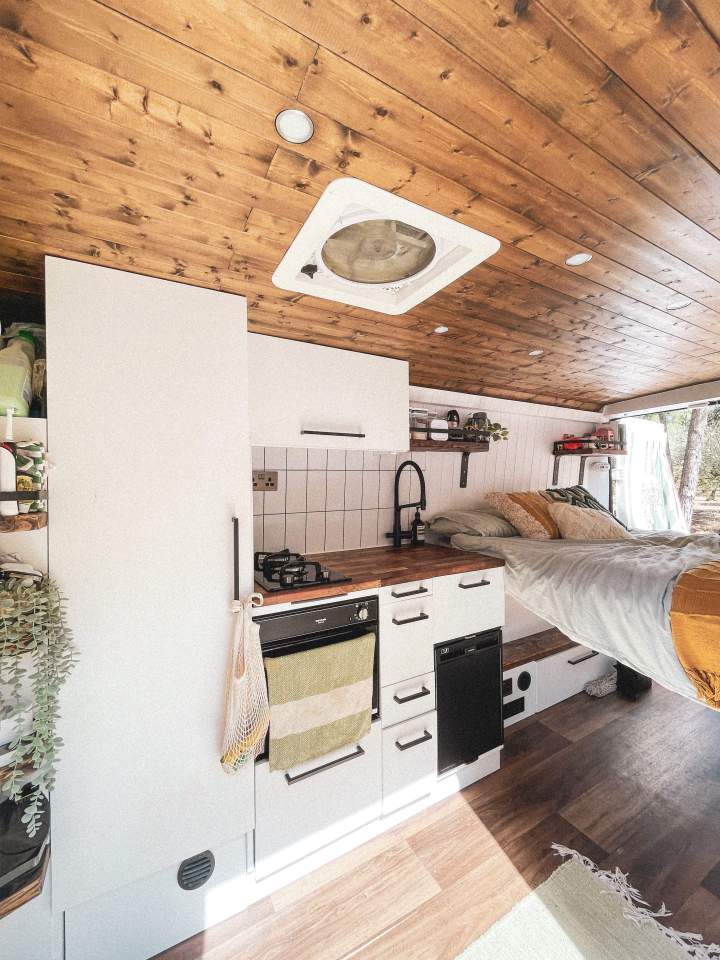 It cost them £12,000 to convert the vehicle into a homeCredit: mediadrumimages/VehicleAdventure 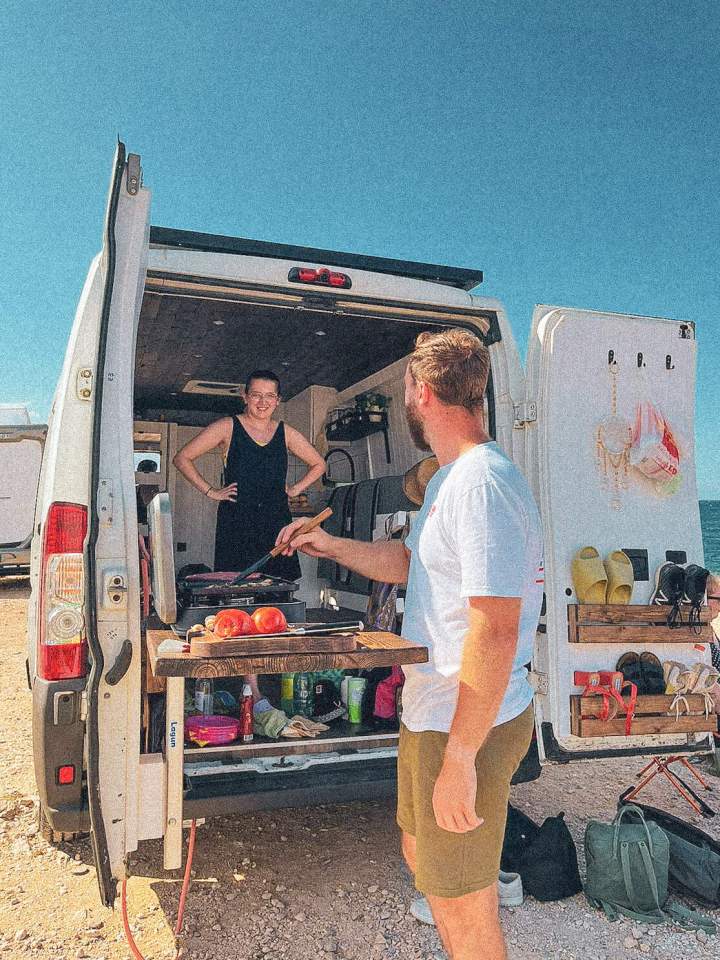 The pair left the UK in August 2022Credit: mediadrumimages/VehicleAdventure 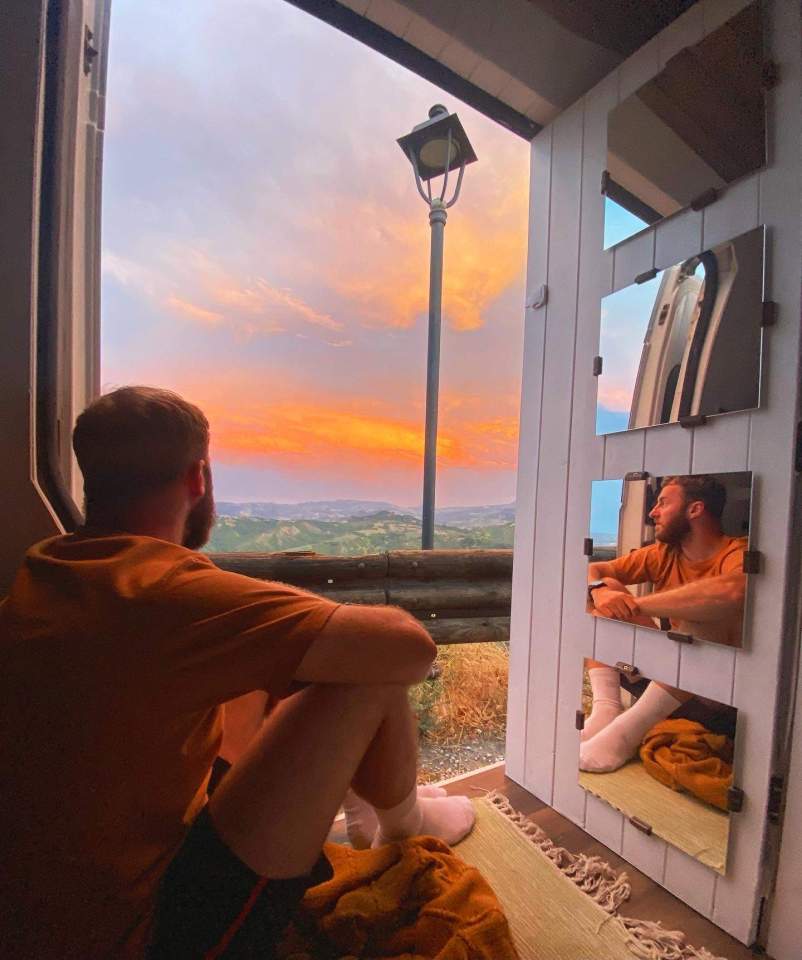 So far, they have visited 10 countries including France, Portugal and CroatiaCredit: mediadrumimages/VehicleAdventure 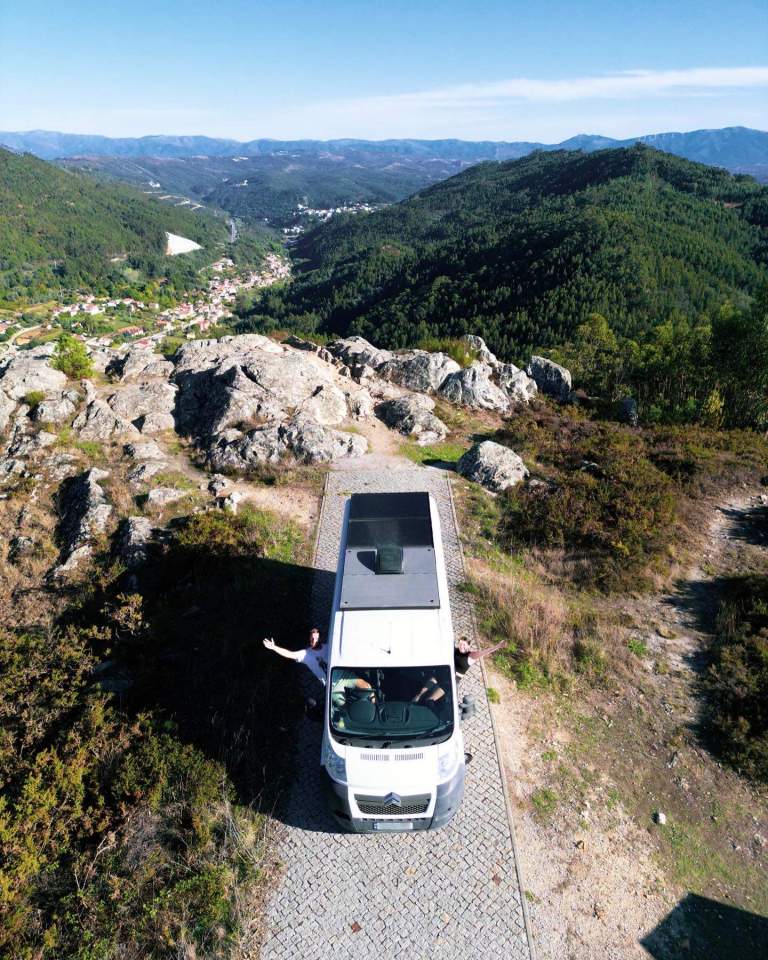 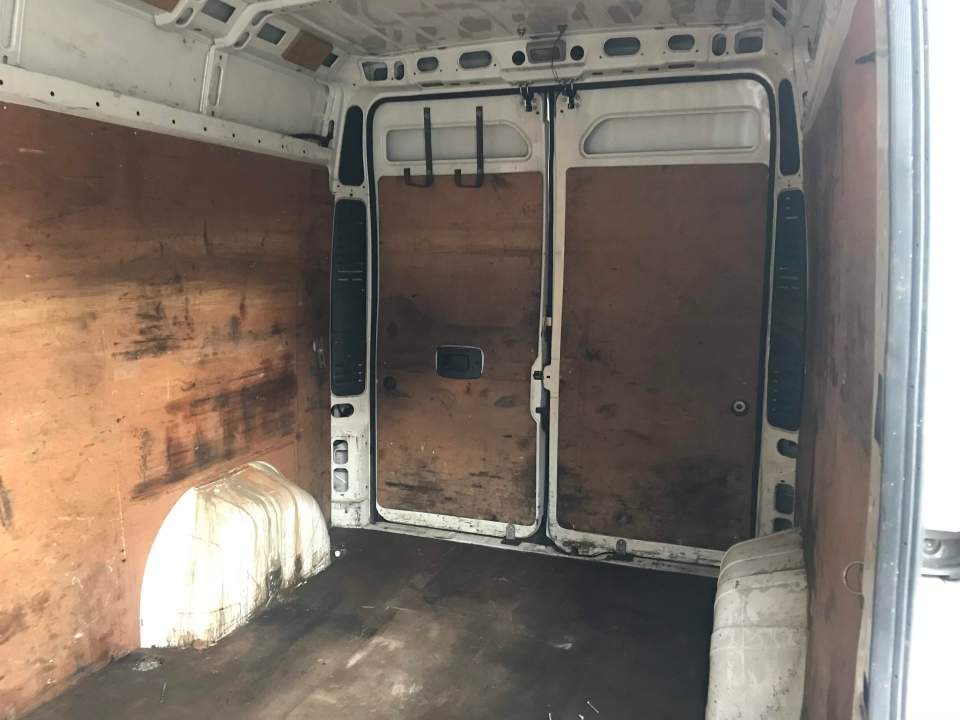 Their van before they converted it into their beloved abodeCredit: mediadrumimages/VehicleAdventure 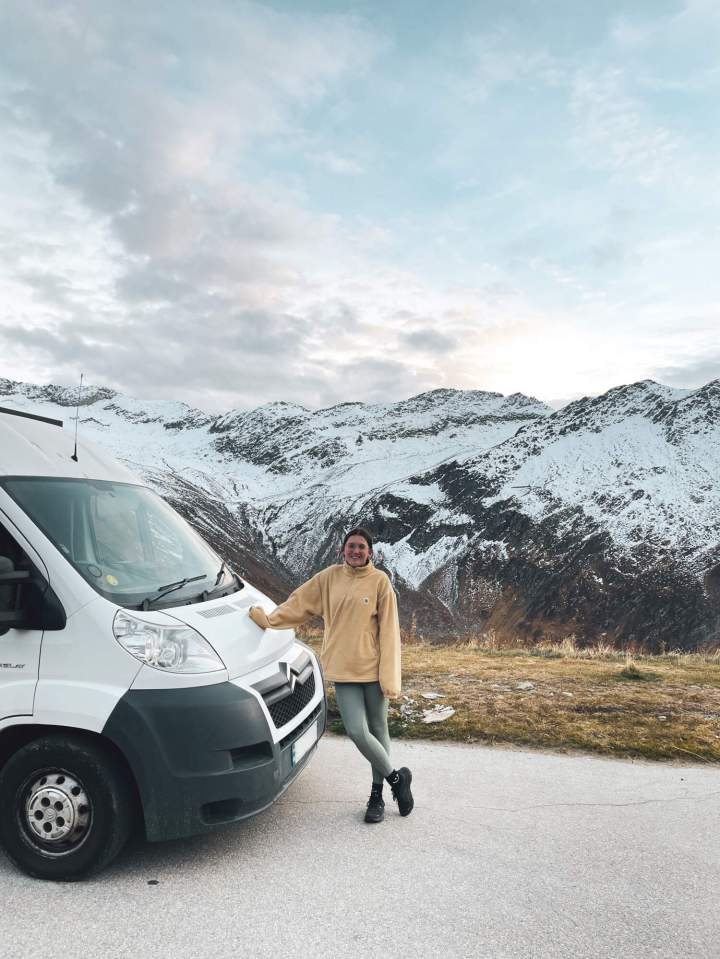 Laura poses with the van in front of snow capped mountainsCredit: mediadrumimages/VehicleAdventure

Thunder has once again followed a lightning strike. Former New Orleans Saints quarterback Drew Brees has infuriated lightning strike victims with his latest commercial for a PointsBet USA promotion. The commercial shows Brees getting struck by fake lightning on a set in Venezuela as a way of promoting “lightning bets” ...

Gemini has yet to reopen withdrawals for users of its Earn service due to crypto market contagion from FTX.

An 80-year-old woman is dead after she was hit by a vehicle in the Montreal-area borough of Lasalle on Friday night. Montreal police say the collision occurred around 8:50 p.m. on Angrignon Boulevard, near Newman Boulevard. They say the collision likely occurred when the woman attempted to cross between two ...


View more: Woman, 80, dead after being struck by vehicle in Montreal borough of Lasalle