At last. Finally. It’s about time.

We actually have some closure on the Deshaun Watson punishment in the aftermath of two dozen sexual misconduct lawsuits. The ultimate ban is 11 games.

So essentially, the appeal verdict is an inverse of the original six-game suspension. He now will be eligible to play just six games instead of miss just six games.

For fantasy purposes, this virtually eliminates him from our draft boards, for a couple of reasons.

First, we expect some overly optimistic managers to draft him too high. We’re not sure we would draft him at all — can’t imagine that even if we did, he would survive on our roster until his projected Week 13 debut.

So we expect his price to remain too high for our consideration. Now, if it gets close to his return date and you find him forgotten on your waiver wire (possibly, but highly unlikely), then we would think about adding him at that point. But not during the draft.

Next, we’re not confident he will produce stellar fantasy results. He missed all of last season on the exempt list as the allegations mounted and the legal process played out. He is not eligible to return until the Week 13 clash against his former team, the conveniently scheduled Texans on Dec. 4. 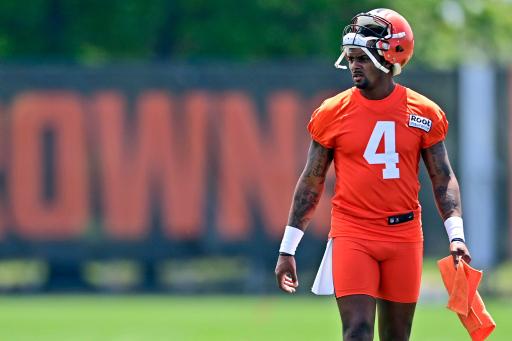 He most recent start was the 2020 season finale, Jan. 3, 2021. What sounds worse? Nearly two years since his previous start? Twenty-three months: Seven hundred days? All are true, and none of them sound good.

Point being: Expect some rust, likely a lot, when he does return. And returns to a new offense. We might get brief glimpses of the old Watson, but we’re not convinced we’ll see vintage production from him at any point this season.

Hence, there is no reason to waste a draft pick on him, then a roster spot for 12 weeks of the season, only to get undependable, underwhelming result.

The good news is, we don’t think it will have a dramatic peripheral impact on the rest of the Browns offense — at least not in terms of fantasy projections compared to current draft values. 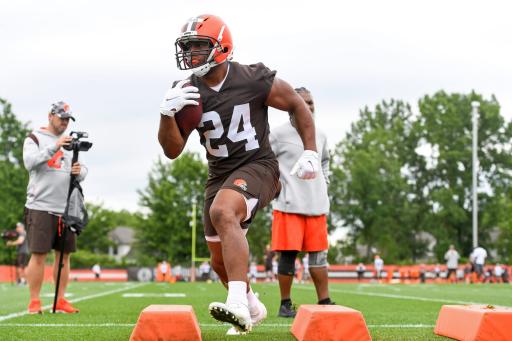 His absence should help running backs Nick Chubb and Kareem Hunt, since there likely will be a greater reliance on the running game with Jacoby Brissett under center. But we also don’t think it will change the draft values of the wide receivers.

Chiefly, Amari Cooper already is undervalued with an average draft position that routinely has him taken around the seventh round. Cooper is notoriously feast or famine in whatever offense he is in, and we don’t expect that to change. Not every Brissett game will be a dud, and when he blows up, Cooper is likely to get a nice windfall of production.

Similarly, the other Browns WRs don’t really change in value, since they had so little to begin with. The next best of the bunch is probably Donovan Peoples-Jones, and that is not someone who had a lot of value even if Watson had gotten off scot-free. And none of the rest even warrant draft consideration in any scenario.

And tight end David Njoku might actually benefit as well, since he can be a big red-zone target, and Brissett is likely to abandon pass plays on goal-line scrambles or QB rush play-calls.

Plus, we just feel the need to state the obvious, outside of deep leagues or two-QB formats, Brissett is not a viable fantasy QB option in Watson’s stead.

The Madman won’t be taking Watson this year. Maybe we’ll see you next year, but make sure you behave.