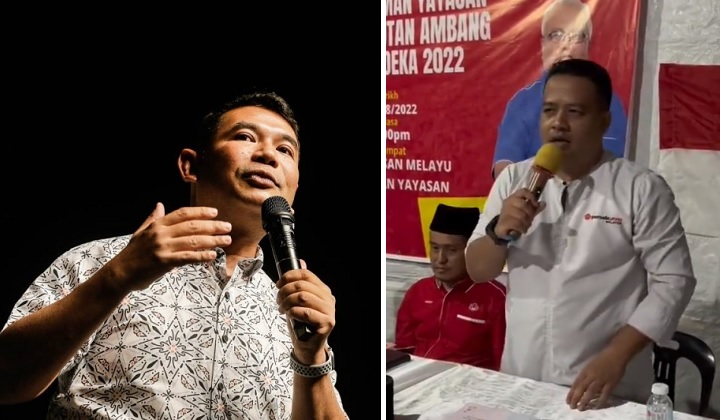 PKR deputy president Rafizi Ramli says that Pakatan Harapan will not resort to spinning the facts in order to win the people’s vote.

Taking it to Twitter, the former Pandan MP said that the voters are smart and will not be easily duped by false perceptions.

He added that the fact that UMNO continues to spin the facts would spell the end of the party itself.

“Let UMNO continue to fool the people. Because people are getting smarter over time. That’s why I’ve been saying for so long that UMNO will cease to exist.

“Our mission is to be as smart as the people. That’s the only way for the people to choose us,” Rafizi wrote on his Twitter.

He was responding to a viral video of Bukit Gantang UMNO Youth chief Mohammad Sollehin Mohamad Tajie’s speech claiming that incarcerated former premier Datuk Seri Najib Razak thought that the RM42 million that was deposited into his personal account was from Arab donation and not from the SRC International Sdn Bhd.

Inside the video, Sollehin said also said that it would be understandable for Najib to have not realised that the RM42 million was deposited into his account as he had previously received RM2.6 billion from the Saudi royal family.

“Najib thought that both the amount are the same money that was given by the Saudi royal family. “

One of the arguments that Najib’s defence put up was that the former prime minister had thought that the RM42 million from SRC International that was deposited into his personal account was part of a continuous donation from the Arab royal family.