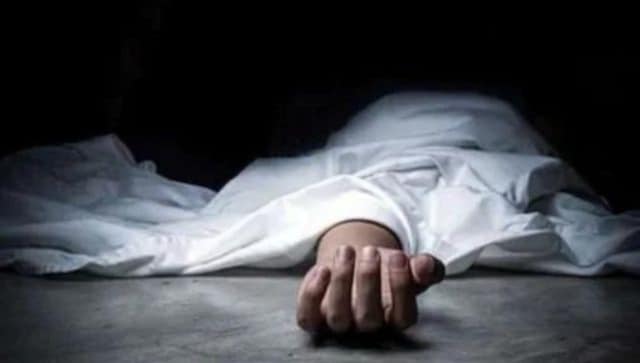 New Delhi: A couple was crushed to death by a speeding dumper truck after they fell of their bike due potholes on the Western Express Highway on Wednesday, a police official said.

Mumbai | Two bike riders were killed on the Western Express Highway National Park Bridge after they fell due to a pothole. They were crushed by a dumper coming from the rear, both of them died on the spot. Police have arrested the dumper driver. pic.twitter.com/mFgYlrYsNj

Police said the couple was headed towards Marol Naka in suburban Andheri when a speeding dumper coming from behind ran over them after they had fallen off their bike due to potholes, he said.

They were rushed to a hospital but were declared dead before admission.

The official said the bike rider and his wife, who was riding pillion, were wearing helmets.

The dumper driver was nabbed and booked under the relevant sections of the Indian Penal Code (IPC) including 304-A (causing death by negligence).

Fast cooking is about strategy. Use these 3 tips to make the most of your kitchen

Reducing Stress – How Does Nature Nurture the Brain?

BetMGM Bonus Code NPBONUS50: Get a Sign Up Bonus and a Huge Risk Free Bet

Why Do We Laugh? New Study Considers Possible Evolutionary Reasons Behind This Very Human Behaviour

Unrest erupts near Iranian embassy in London over death

More than 14,000 rape crimes have been reported in Texas since the law took effect last year, according to data from the Texas Department of Public Safety.

Alec and Hilaria Baldwin are rounding out their growing family with a new daughter. The couple have welcomed their seventh child, Ilaria Catalina Irena, Hilaria announced Saturday. “Both she and I are happy and healthy,” the author wrote on Instagram with a video montage from the hospital, including photos of ...

The Rays just became that much more dangerous in October. No. 1 starter Tyler Glasnow is set to return to the Rays’ rotation on Wednesday, over a year after last taking a major league mound. The hard-throwing right-hander underwent Tommy John surgery last August. “I think we’re pretty confident he’ll ...

Chiefs quarterback Patrick Mahomes got into a tense exchange Sunday with offensive coordinator Eric Bieniemy as Kansas City went into the locker room at halftime leading the Colts, 14-10. A CBS camera captured the heated moment when the duo volleyed words on the sideline at the end of the first ...

Newly released surveillance footage shows a creepy serial groper who has been attacking women in Brooklyn for the past month, cops say. Police said the pervy fugitive has been motoring up to unsuspecting women on a moped in a rash of disturbing grab-and-flee attacks. The clip shows the suspect ...

Cartoon Network/YouTube Originating in 1964’s “The Brave and the Bold” #54 by Bob Haney, the Teen Titans were originally a somewhat obscure DC property, consisting of a wide variety of adolescent sidekicks. Nevertheless, they would see a wide array of adaptations throughout the years as their popularity gained momentum, ...


View more: The Actress Who Plays Raven In Teen Titans Go Is Stunning In Real Life

NFL Insider Expects the Bears Will Be ‘Active in Receiver Market'

SEC ‘Out to Damage Or Destroy’ Crypto Industry: LBRY CEO

17 Comfort Foods with a Healthy Twist

Rihanna to headline the next Super Bowl halftime show

Rihanna will perform in Super Bowl's halftime show in February

Where Is Larry Myers From My 600-Lb Life Now?

Spirited - What We Know So Far

Orange Shirt Day in Manitoba: Where to buy a shirt and who to support

B.C. water bomber and its captain retire after nearly 40 years of service

Storm Fiona: Schools closed, some asked not to visit ERs as clean-up continues

5 Everlane cashmere sweaters you need to try this fall

How Did The Curse Of Oak Island's Lagina Brothers Make Their Money?