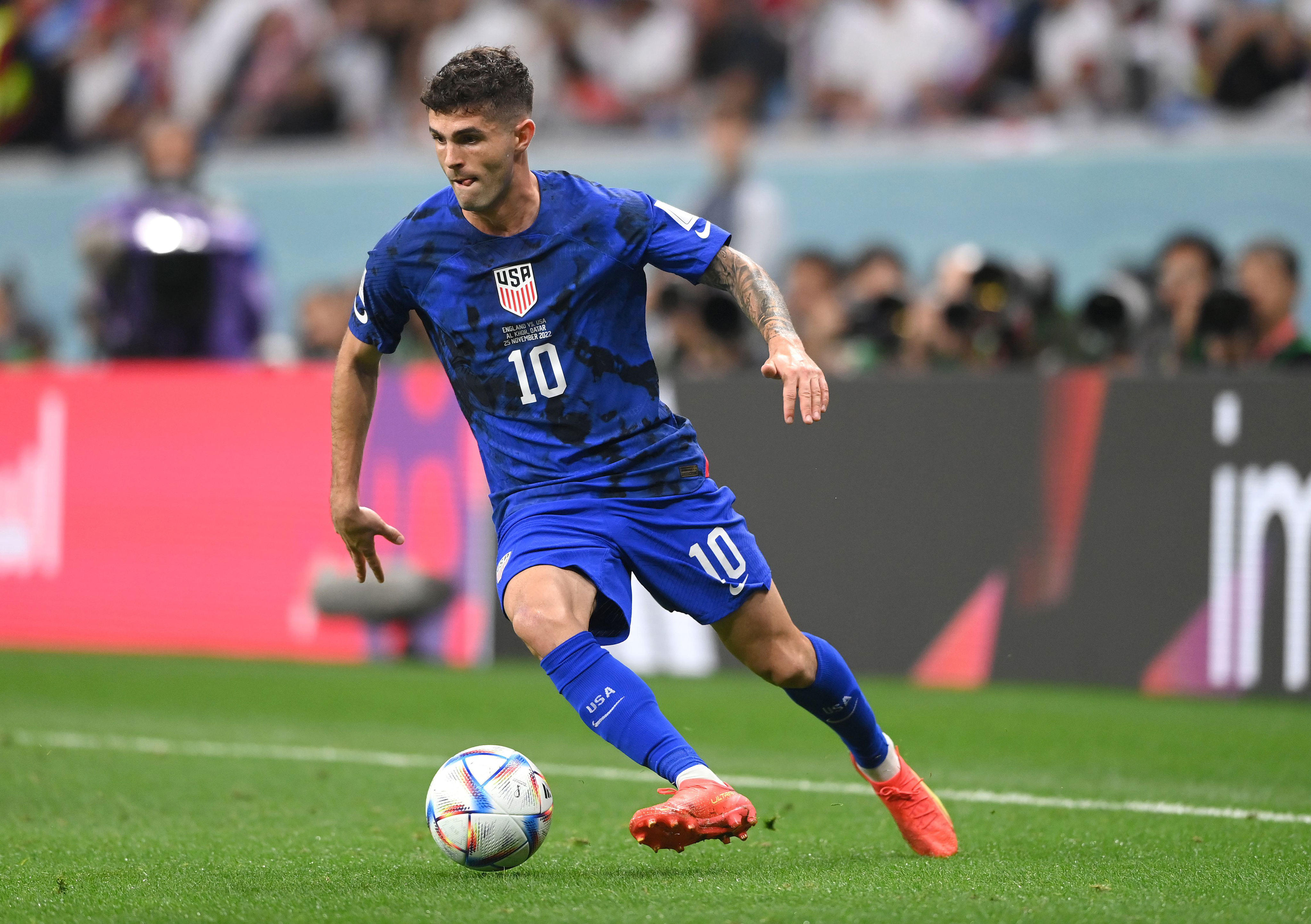 US forward Christian Pulisic has had some of his team’s best scoring chances in the tournament.

Early this year, Carlos Queiroz was coaching Egypt against Senegal in three high-stakes matches: the African Nations Cup final and a two-game World Cup qualifying playoff series. The pressure was on, and Queiroz employed ultra-conservative tactics that might have paid off had Egypt been better at taking penalty kicks. Instead, Senegal won both competitions on penalties after a total of two goals were scored in 330 minutes of play.

Queiroz is now guiding Iran, and signs point to him being similarly cautious when Team Melli meets the US in a Group B decider at Al Thumama Stadium Tuesday. Iran (1-1-0, 3 points) will advance with a tie or a win. The US (0-0-2, 2 points) must win or be eliminated.

So will the Iranians sit back and invite the US to come forward? Will they count on the US becoming frustrated and/or leaving room for counterattacks? Or will Queiroz surprise by lining Iran up in attack mode, taking the initiative, and hoping strikers Sardar Azmoun and Mehdi Terami can speed past the US back line?

A problem with trying to predict Queiroz’s tactics is that he has coached hundreds of games in a 40-year career, guiding teams on five continents, including the New York/New Jersey MetroStars in the first year of MLS in 1996; Real Madrid with Zinedine Zidane; Portugal with Luis Figo and, later, Cristiano Ronaldo.

Queiroz is in his second stint with Iran, a team he helped build after being hired in 2011. Queiroz and Iran have competed in several tournaments, including two World Cups. In 2018, the Iranians needed a win to advance in their final group game but settled for a 1-1 tie with Portugal.

Meanwhile, the US has not been producing offense, coach Gregg Berhalter going with a single-striker setup. Berhalter could stick with a 4-3-3 alignment (morphing into a 4-3-2-1) and attempt to break down the opposition on the wings via Christian Pulisic and Tim Weah.

The US will try to set the pace, and should that strategy not produce a goal, Berhalter could add another forward. The US has scored once in two games, but one goal might be enough in this game, thanks to the shot-stopping prowess of former Revolution goalkeeper Matt Turner.

Edge: US. Turner did not get a national-team start until last year, but his performances have been extraordinary, with 15 shutouts in 22 games. Beiranvand could be a difference-maker but is recovering from a head injury sustained in Iran’s 6-2 loss to England.

Edge: US. Ream’s Premier League experience and poise should help with defensive composure. The US plays a high back line, risky against Iran’s athletic strikers.

Edge: US. Dest and Robinson can be dangerous in attack. Mohammadi and Rezaeian will stay back in support, but they are veteran players and know when to pick their spots to go forward.

Edge: US. In games against Wales (1-1) and England (0-0), the best US threats were produced by Pulisic and Weah.

Edge: Iran. Azmoun and Taremi have proven to be dependable finishers with top European clubs.

Edge: Iran. Berhalter’s conservative tactics produced a draw with England, but the US will have to open up in this match. In elimination situations, Queiroz often sets up his team to defend, and they are usually good at that. Iran also has proven capable of rallying from deficits, thanks to its strikers.