What is the doomsday clock and will it edge closer to midnight? 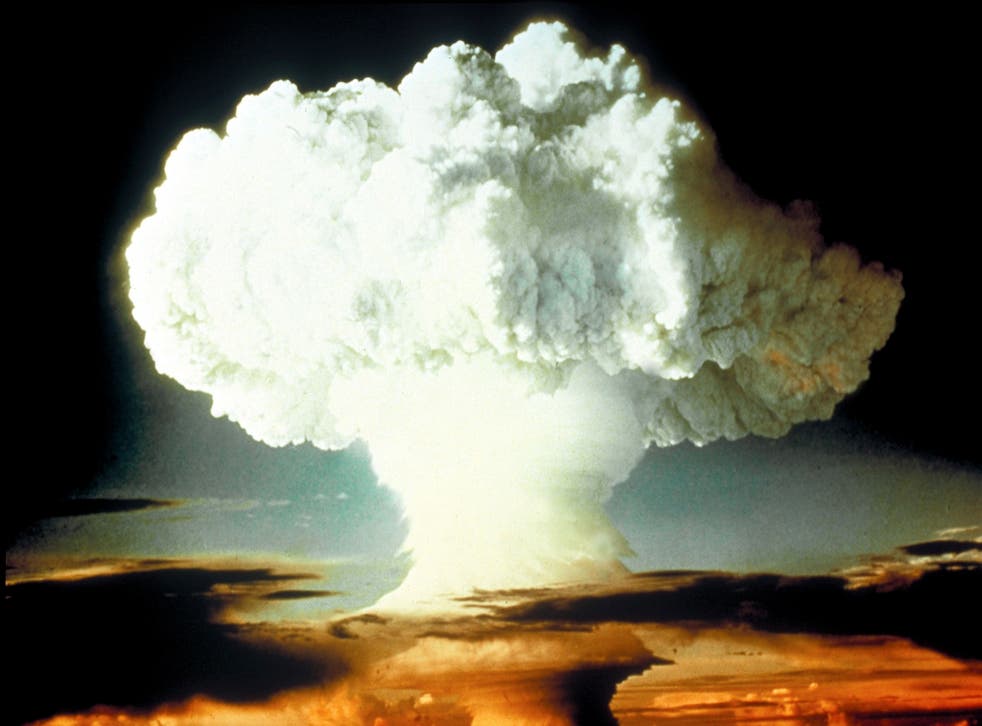 The clock is a measure of the danger to humanity from nuclear war, but also other developments such as climate change and artificial intelligence

The clock is ticking: it stands at 100 seconds to midnight, or doomsday. Humanity is already closer to annihilation than ever before.

That’s the time on the Doomsday Clock, the dramatic metaphor established in 1947 by some of the world’s leading scientists to symbolise just how close humanity is to catastrophe.

Midnight represents that annihilation. And so the keepers of the clock move its time forward and back, once a year, as a way of warning humanity just how near to midnight we are.

At 100 seconds away, the time is closer to midnight than it has ever been, including in the dangerous days of the 1950s, during the beginnings of nuclear proliferation and global warfare. It has been much further away in the past: in 1991, it was set at 17 minutes, where it stayed until 1995.

The last update came at the beginning of 2021, when scientists kept that 100 seconds time that had been set the year before, noting that the world was seeing increased threats of nuclear war alongside the new threat of Covid-19 as well as the dangers of climate change, online misinformation, artificial intelligence and other threats. It will be moved again on 20 January 2022.

Where did the Doomsday Clock come from?

The clock was first established in 1947, by members of the Bulletin of the Atomic Scientists. While it does publish a journal, the Bulletin is really a collection of concerned experts, formed at the beginning of the nuclear age and including many of the world’s most famous scientists, such as Albert Einstein and J Robert Oppenheimer.

The clock was first dreamt up as part of a design for the cover of that magazine, drawn by artist Martyl Langsdorf who had worked on the Manhattan Project to create the atomic bomb. Its first time was set at seven minutes – though Langsdorf said that was chosen more for aesthetics than any reflection of danger, saying that the time “looked good to my eye”.

Since then, the time has moved annually. The changes were initially decided by the editor, Eugene Rabinowitch – but since 1973, a board of experts have made the decision in collaboration, publishing a long justification and warning at the same time.

Since then, the metaphor has grown beyond its beginnings with the Bulletin, and it has become widely used as a way of indicating how much danger we are in. Its success as a symbol – if not as a spur to action for the world – has been reflected in culture from Watchmen to Linkin Park’s album Minutes to Midnight.

What does the Doomsday Clock represent?

It is intended primarily as a metaphor, a quick symbolic indication of just how much danger humanity finds itself in. In so doing, it aims to capture every threat that is posed to humanity.

While it was created in response to the danger of nuclear war, the clock has changed over time to adjust to whatever form those threats take. At times, the nuclear danger has subsided, though the most recent adjustment warned that the danger was increasing; recently, it has focused on climate change in particular, as well as other dangers that move in and out of focus.

Where will it go from here?

Nobody knows. When the clock’s new time is announced, each year, scientists are eager to stress that it is meant as a call to action and a warning to politicians that danger is coming but it is in their power to do something about it.

The Bulletin is also keen to stress that the clock is not meant as a prediction of the future but an indication of where we are at right now. On its website, it likens itself to a “doctor making a diagnosis”.

“We look at data, as physicians look at lab tests and x-rays, and also take harder-to-quantify factors into account, as physicians do when talking with patients and family members,” its FAQ reads. “We consider as many symptoms, measurements, and circumstances as we can. Then we come to a judgment that sums up what could happen if leaders and citizens don’t take action to treat the conditions.”


View more: But will it go viral? TikTok CEO to testify before Congress over national security concerns - House Foreign Affairs expected to vote on blocking video-sharing app in the U.S.

Who knows exactly when double rapist Adam Graham realised he wanted to be a woman known as Isla Bryson, but hundreds of thousands of supposed transphobes can hardly be blamed for thinking it was around the time he knew there was a high chance a significant proportion of his life ...


View more: Nicola Sturgeon: Will SNP rebels oust First Minister before she drives Scotland off a cliff like Thelma and Louise? – John McLellan

cercel_touth_montage.jpg Two Londoners who robbed women working as masseuses or offering sexual services of their cash and jewellery have been jailed. Bogdan Cercel, 31, was sentenced to fifteen years in prison and Vasile Touth, 35, sentenced to 12 years in prison at Leicester Crown Court on Monday. The court ...

The HGV collided with a large digital sign Thames Valley Police have arrested the driver of a foreign registered HGV that collided with a huge sign at Cherwell Valley Services. Images show the HGV’s windscreen shattered along with the roof of the truck. Arrested on the M40, the driver ...

Chelsea stars Raheem Sterling, Hakim Ziyech and Conor Gallagher Newcastle will lodge a ‘final enquiry’ into the signing of a Chelsea midfielder on deadline day as Eddie Howe pushes to replace a star he didn’t want to sell, and success could leave Arsenal stranded, per reports. Jonjo Shelvey is ...