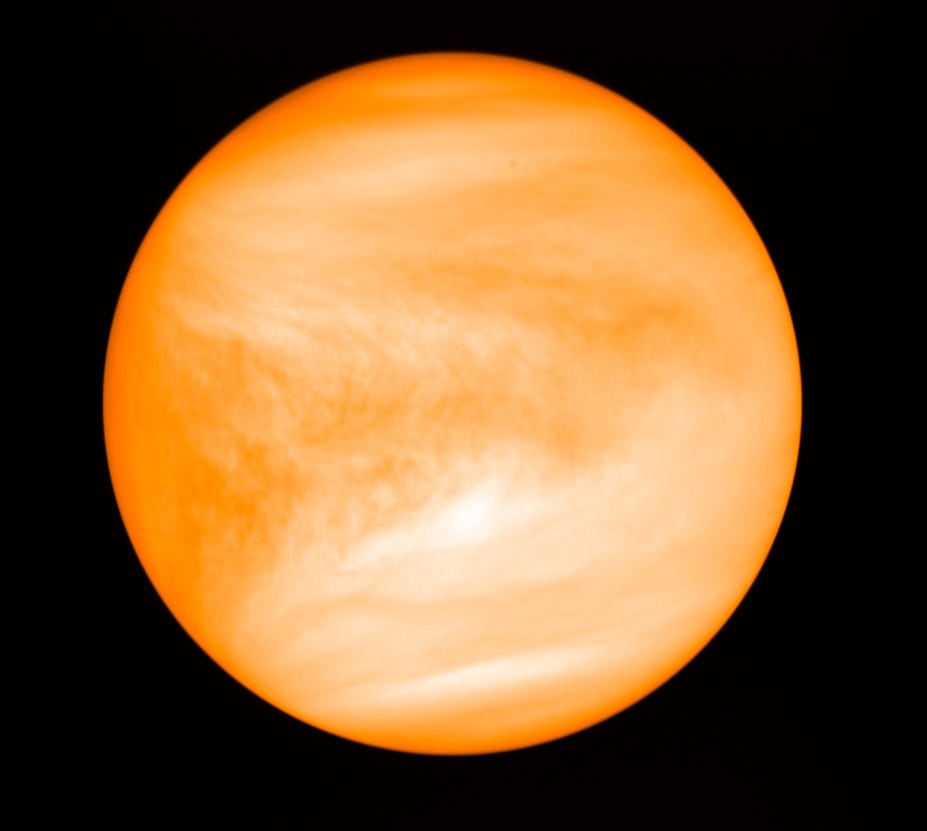 Despite being farther from the Sun than Mercury, Venus is hotter than Mercury because its carbon dioxide and sulfuric acid-filled atmosphere causes a greenhouse effect.

The highest temperature in Earth’s recorded history is 134 degrees Fahrenheit, or 56.7 degrees Celsius, recorded in Death Valley in 1913. This is an extreme temperature for Earth, but there are many planets that consistently record much higher temperatures than this, making them unlivable for human beings.

The coldest recorded temperature on Earth is -128.6 degrees Fahrenheit, or -89.2 degrees Celsius, in Antarctica, but many other planets are regularly colder than this.

If you’re curious about how hot or cold some of the planets in our night sky can get, here’s the information you’re after.

What is the hottest planet in our solar system?

Venus is the hottest planet in our solar system, with a surface temperature of 869 degrees Fahrenheit, or 465 degrees Celsius.

Despite being farther from the Sun than Mercury, Venus is hotter than Mercury because its carbon dioxide and sulfuric acid-filled atmosphere causes a greenhouse effect, which traps heat, according to the National Aeronautics and Space Administration.

What is the hottest known planet?

Venus is not the hottest planet in the universe. The hottest known planet is KELT-9b, which has a surface temperature of 7,800 degrees Fahrenheit, or 4,300 degrees Celsius, according to NASA’s Jet Propulsion Laboratory at the California Institute of Technology. It is 670 light-years from Earth.

This article originally appeared on USA TODAY: What is the hottest planet? In our solar system, it’s not the one closest to the Sun.

Spain in recovery mode after losing to Japan at World Cup DOHA, Qatar (AP) — It’s not how Spain imagined reaching the knockout phase of the World Cup: finishing the group stage with a loss and having to rely on other teams to help it advance. Spain survived but ...


View more: Spain in recovery mode after losing to Japan at World Cup

A Winnipeg woman says overnight, she went from having a middle-class lifestyle with a household income of over $100,000 a year to having only noodles to eat. Her finances were devastated by debt her ex-husband forced her to rack up on her credit cards and the cost of living this year, she said. ...


View more: Cooling off period underway as U of L, union remain without collective agreement

This trader sees a 43% drop for the S&P 500 and says to take shelter in these ETFs instead. NEED TO KNOW Investors may have gotten overly excited this week about comments from Fed Chairman Jerome Powell. The Fed chief’s suggestion of a 50 basis point hike vs. 75 ...


View more: This trader sees a 43% drop for the S&P 500 and says to take shelter in these ETFs instead.

‘The outflows have basically stopped.’ Credit Suisse chairman says stock-price volatility to end after capital increase is completed KEY WORDS “The outflows basically have stopped. What we saw is two or three weeks in October, voom, and since then a flattening out. They have started gradually coming back, particularly ...

What HSBC Customers Need to Know About the RBC Deal