A WhatsApp group used by police officers was an ‘abomination’ of sexist remarks which mocked victims of crime, domestic violence and the mentally ill, a disciplinary tribunal was told.

One of the officers told the tribunal that referring to women as ‘fanny’ was not derogatory but simply described an attractive woman.

Six officers have been accused of gross misconduct and could be sacked from the force.

Two of them, former Constables Jonathon Cobban and Joel Borders were jailed for 12 weeks for sharing messages. They are appealing their sentence.

Four other officers, all formerly of the Civil Nuclear Constabulary, were members of the group: William Neville, who was acquitted of criminally sending grossly offensive messages, Matthew Forster, Daniel Comfort and one officer that can only be named as PC A.

All officers except PC A have been accused of gross misconduct in sending and receiving inappropriate and/or offensive messages, failing to challenge or report such messages and failing to leave the group despite knowing such messages were sent. 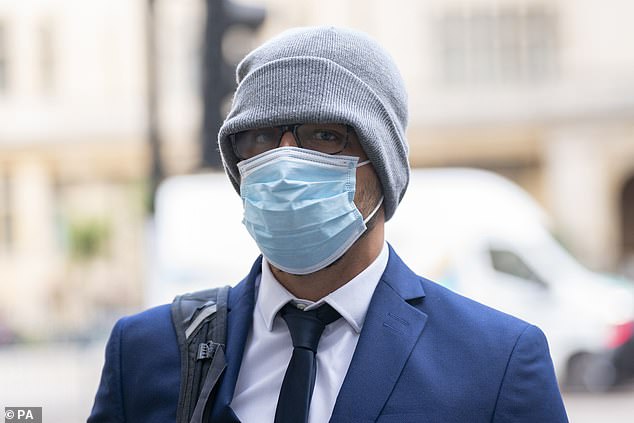 Another accused officer from the Metropolitan police, Gary Bailey gave evidence to the hearing today.

He admitted some of his comments were inappropriate but claimed they did not amount to gross misconduct.

Only Bailey and Forster remain as serving officers and are the only ones that are compelled to attend the misconduct hearing, though Forster did not turn up.

In one message to the group just eight minutes after joining the chat group Bailey referenced a female colleague of Greek origin asking Cobban how to ‘groom the young, hot foreign girls’.

And in another post he said he would follow Cobban because ‘he’s bound to be surrounded by fanny’.

James Berry, representing the police at a misconduct hearing, said: ‘The messages exchanged in that group are an abomination.

‘They were a disgrace in 2019 and a disgrace today. They were wholly inappropriate in any work context but certainly in the police. They bring great shame to the police force.

‘They display a disdain and mock victims of crime, including victims of domestic violence and those in mental health crises. 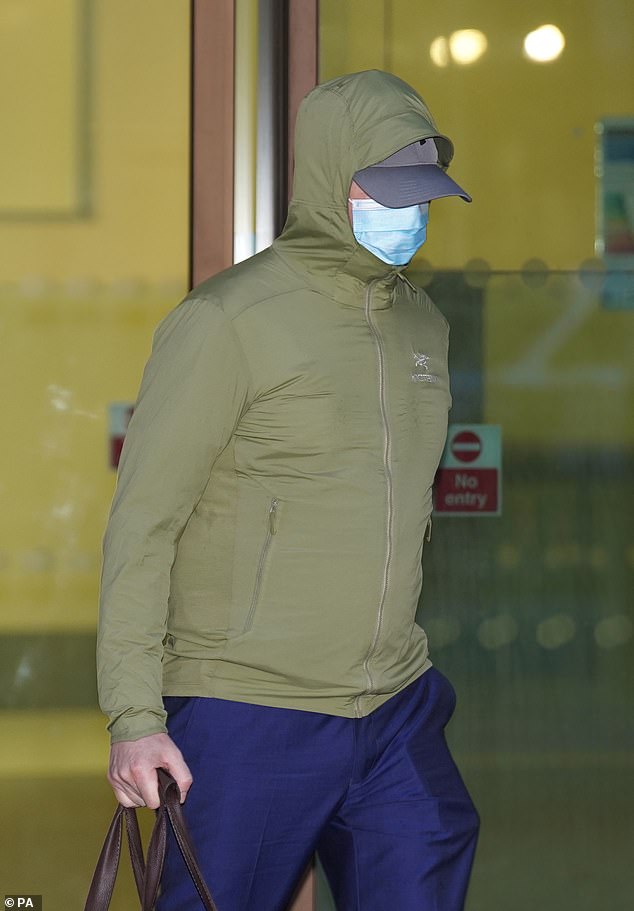 Former officer Joel Borders (pictured outside Westminster Magistrates Court on November 2) was also jailed over the messages. Both he and Cobban are appealing their sentences

‘Save for PC Comfort who challenged a single message sent by PC Borders, none of the officers challenged any of the messages sent by their colleagues.

Bailey denied seeing any of the offensive messages despite being a member of the group for 10 weeks, between July 30 and October 10, 2019, during which time over 2,000 messages were sent.

He was the last person to join the group, at the time named Atkins’ Puppets, and did so after a night out with Cobham, Borders, Comfort and the female colleague who had come with Cobham to the Golden Pheonix Restaurant in the West End.

Eight minutes after joining, Bailey wrote: ‘Fuck that, I want to know Jon’s secret of how to groom the young, hot foreign girls.’

He also suggested that the way to do it was to take them for deep-fried prawn balls at the Golden Pheonix.

Speaking at a police tribunal hearing Bailey said: ‘It is an inappropriate message. In no terms was it to insinuate that Jon grooms anybody young or that foreign would be deemed a racist remark.’

The following day, in reference to Cobban changing positions within the Met, Bailey wrote: ‘I’m following Jon wherever he goes, guaranteed to be surrounded by fanny.’

Explaining the message, he said: ‘It is another inappropriate message, by no means derogatory towards females but I used the word fanny to describe a good-looking female.’

James Berry, representing the police, said: ‘You had read messages sent by others prior to that.’

To which Bailey replied: ‘I don’t remember.’

‘And when you say, ‘I’m following Jon,’ you are clearly making that comment having read where Cobban may move to in the Met.’

Bailey replied: ‘That is not correct, I do not remember reading those messages.’

The hearing is due to last a week.