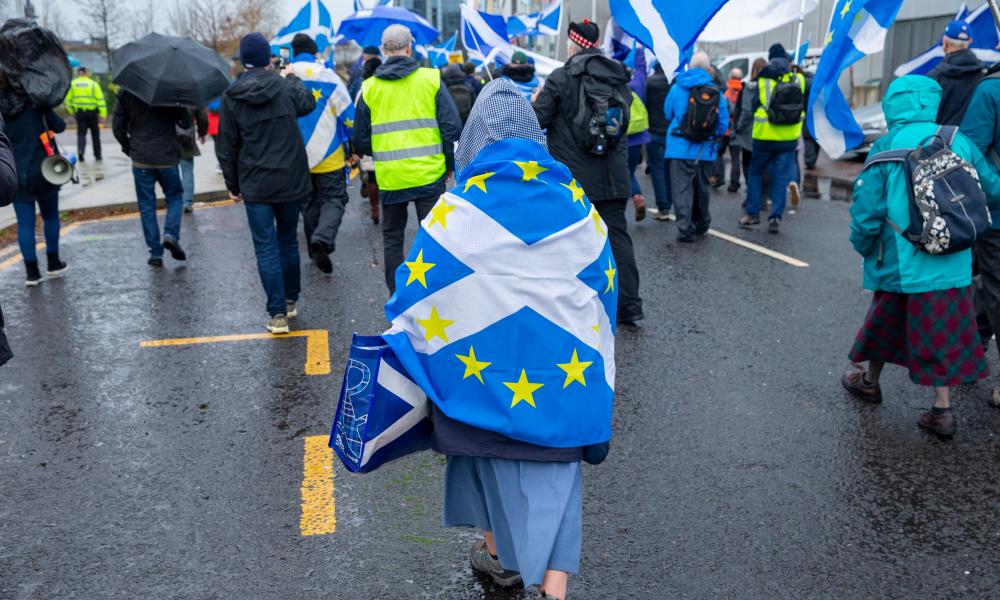 Simon Case, the head of the UK civil service, is looking into whether officials in Scotland should still be allowed to do work related to a second independence referendum, Alister Jack, the Scottish secretary, has said.

Jack said the cabinet secretary and Whitehall’s propriety and ethics team were examining whether it was appropriate for work to continue on independence in light of the supreme court decision that only the UK government could allow another poll.

The issue was raised in the Scottish affairs committee in Westminster by the leader of the Scottish Conservatives, Douglas Ross, who accused Nicola Sturgeon and the Scottish government of “wasting money” on the case for independence, adding: “we know how expensive this has been”.

“I think people in Scotland would be rightly concerned that there continues to be hundreds of thousands of pounds, indeed millions of pounds annually spent by civil servants at the direction of the first minister in the Scottish government on what is now a party election issue, because the first minister wants to make this on a single issue election at the next general election,” he said.

Jack told him the issue of civil servants working on independence was “very serious” and “needed to be looked at again” after last week’s court ruling.

The UK supreme court ruled on Wednesday that the Scottish parliament cannot hold a second independence referendum without Westminster approval in a unanimous judgment that angered Scottish nationalists who say the country’s future is for Scottish voters to decide.

In the select committee hearing on Monday, Jack revealed the UK government had spent about £71,800 defending the argument in the supreme court case. The Scottish government spent approximately £130,000 on the court case and commissioned a number of documents looking at the case for independence, thought to cost tens of thousands of pounds.

Jack told the committee: “Regarding the civil service in Scotland, the permanent secretary to the Scottish government stays in close contact with Simon Case, Sue Gray, the propriety and ethics team in the Cabinet Office. That has been the case since 2014 when there was a review following the referendum. What I would say is following this judgement they are working again on what that will mean for the role of the civil service in Scotland. We will have to see where that takes us. Those people, led by the cabinet secretary, are working again on what this means,” Jack said.

However, it is understood it would be quite a high bar for Case and the Cabinet Office to rule against any work on independence being undertaken in future.

It comes after an organisation called Scottish Business UK (SBUK), describing itself as an independent, non-party voice for business leaders who support the union, has threatened to bring a legal challenge against the Scottish government over spending on referendum work.

About two dozen civil servants are believed to be working on the first minister’s updated prospectus for independence and three papers have already been published.

But Aileen McHarg, a professor of public law at Durham University, challenged that idea, saying: “It only requires a moment’s thought to know that it’s a ludicrous position to adopt.”

Separately, the Scottish Conservatives are challenging the allocation of £20m for spending on a referendum, with Donald Cameron, an MSP, saying he had written to the permanent secretary for clarification on whether that would go ahead. Scottish government sources said this had always been contingent on a supreme court ruling in its favour on holding a poll next year and plans for that funding would be set out by John Swinney, the finance minister, in the near future.