Who died at Windsor Castle? 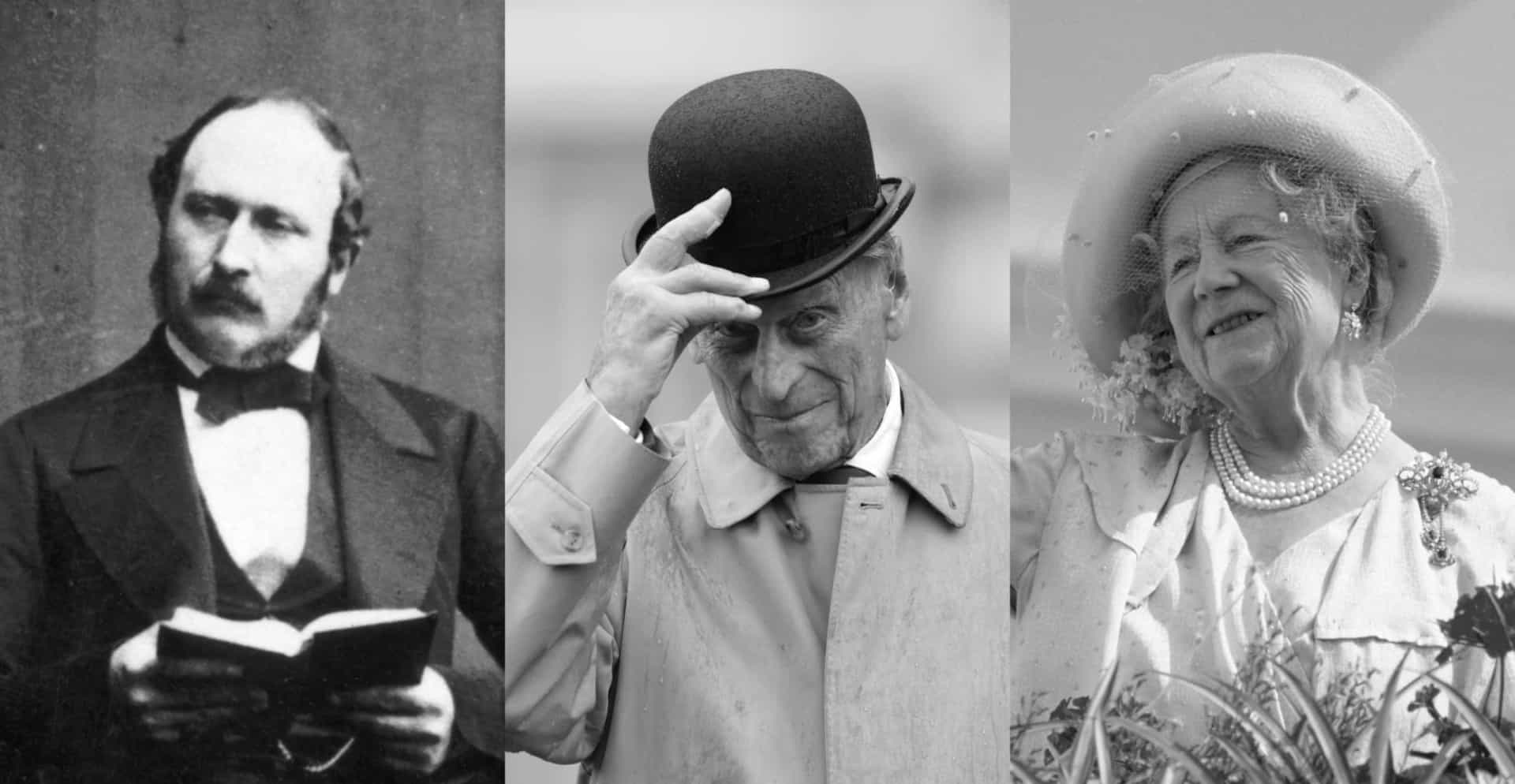 Who died at Windsor Castle?

We have written before about notable deaths in Buckingham Palace, and now it’s time to move west from the capital—to Windsor. The last person to die in the royal residence was Prince Philip, Duke of Edinburgh, in 2021, but many more have taken their last breath in Windsor.

Browse through the following gallery and get to know who died at Windsor Castle. 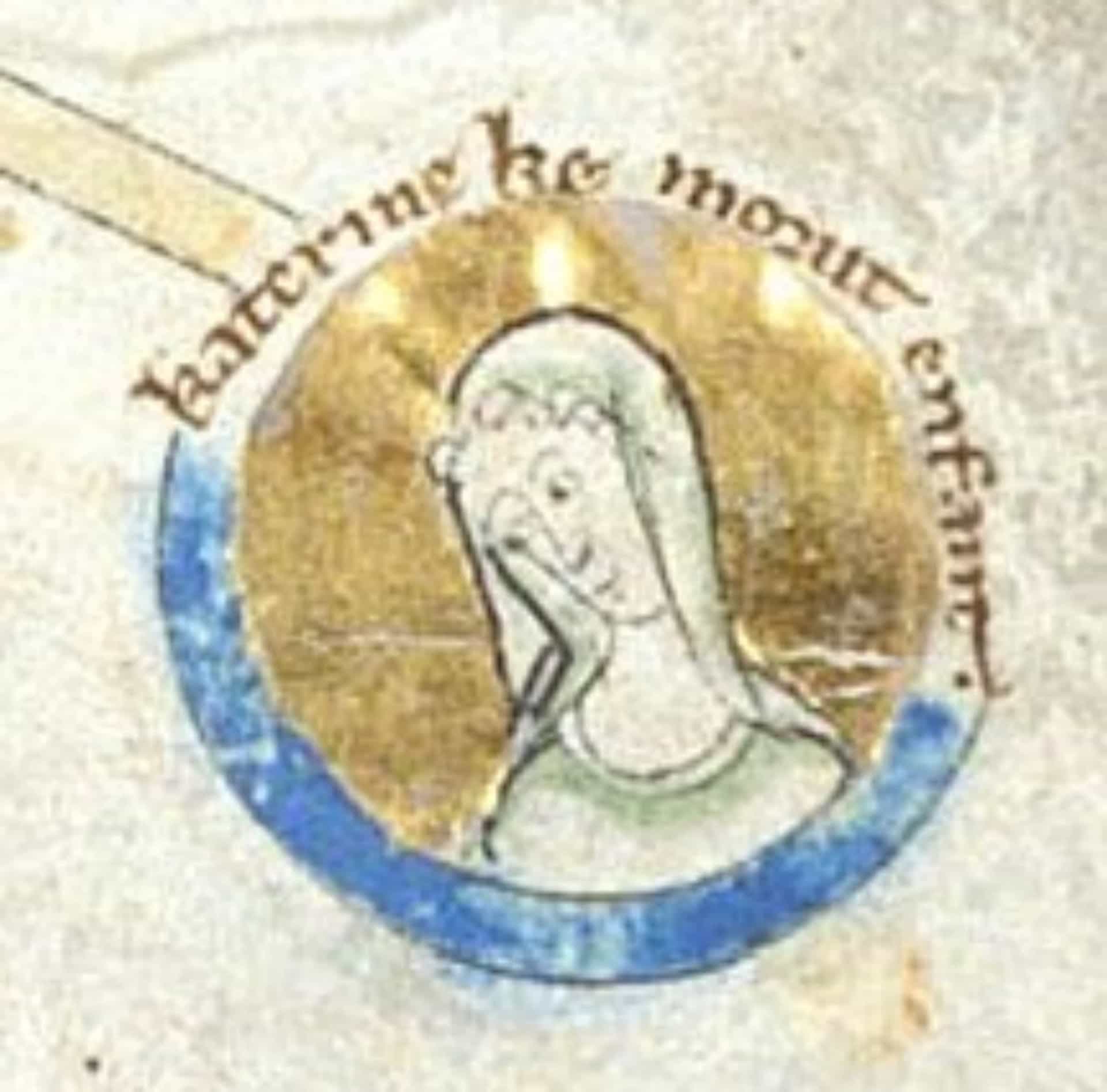 The youngest child of King Henry III and Queen Eleanor of Provence was born in 1253, but sadly passed away at Windsor Castle aged three and a half. 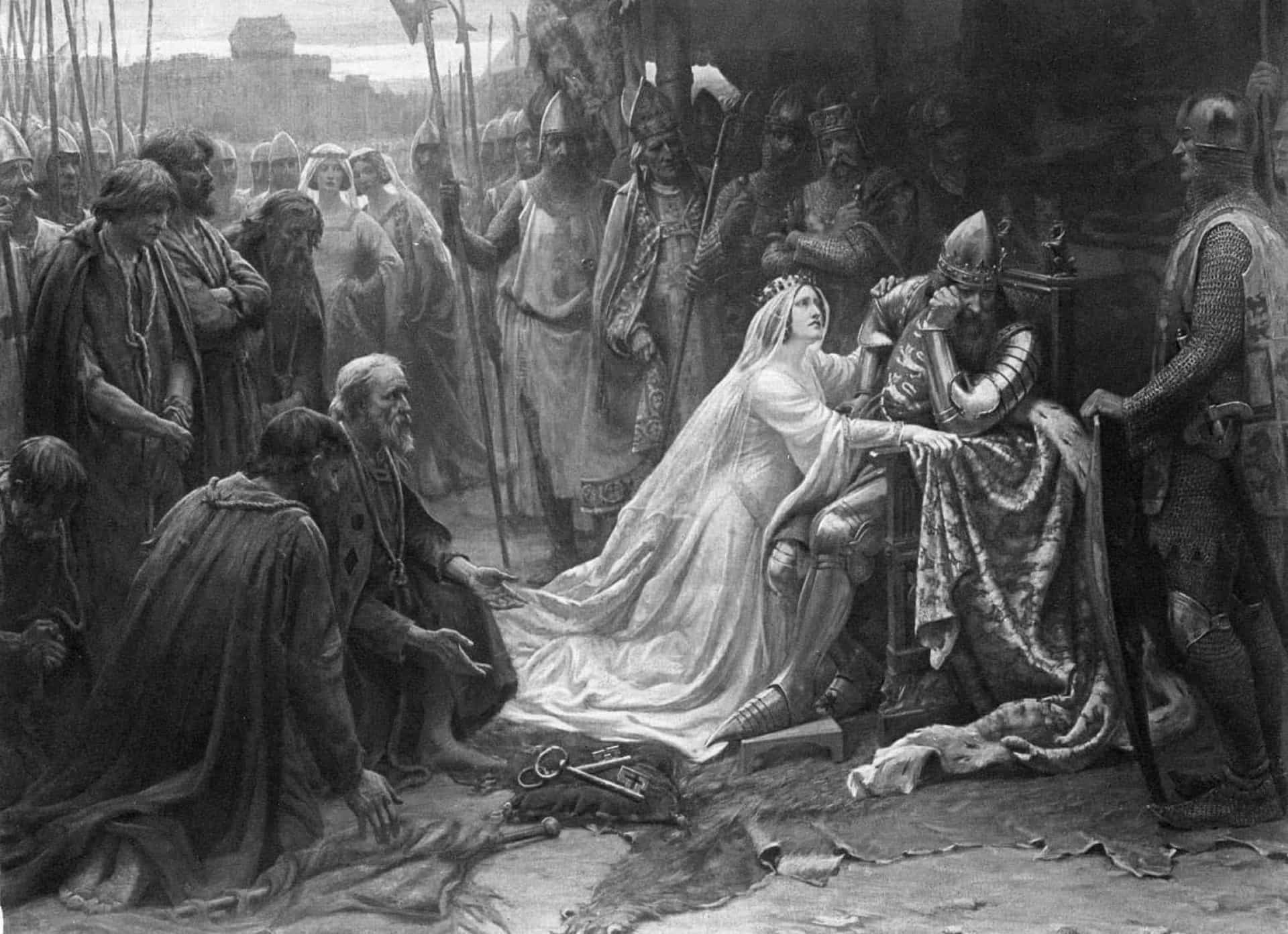 In 1327, a young Philippa of Hainaut married King Edward III and moved from France to England. They had 12 children. 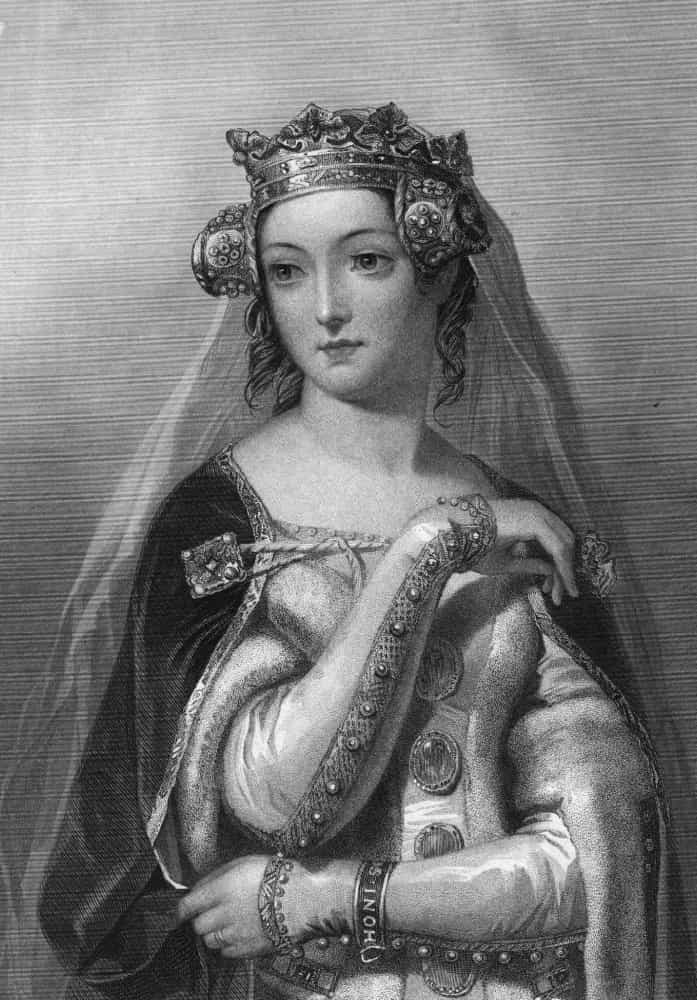 Philippa of Hainaut was adored by her people and is regarded as one of England’s most beloved queens. She died at Windsor Castle in 1369. 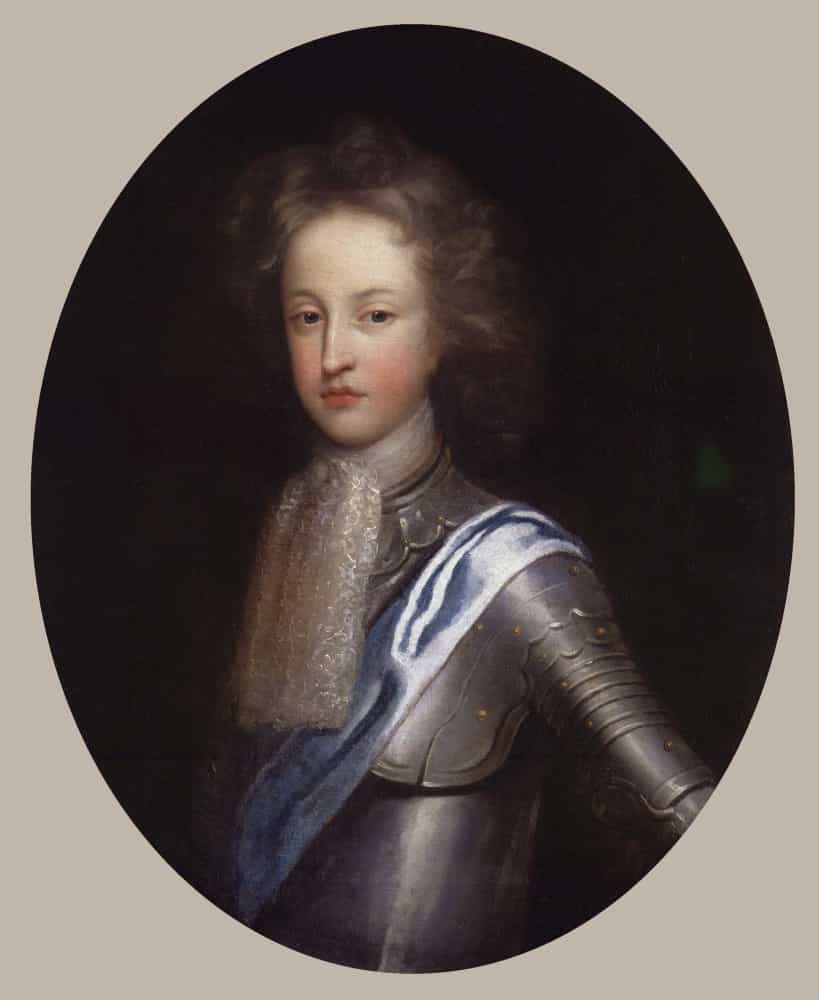 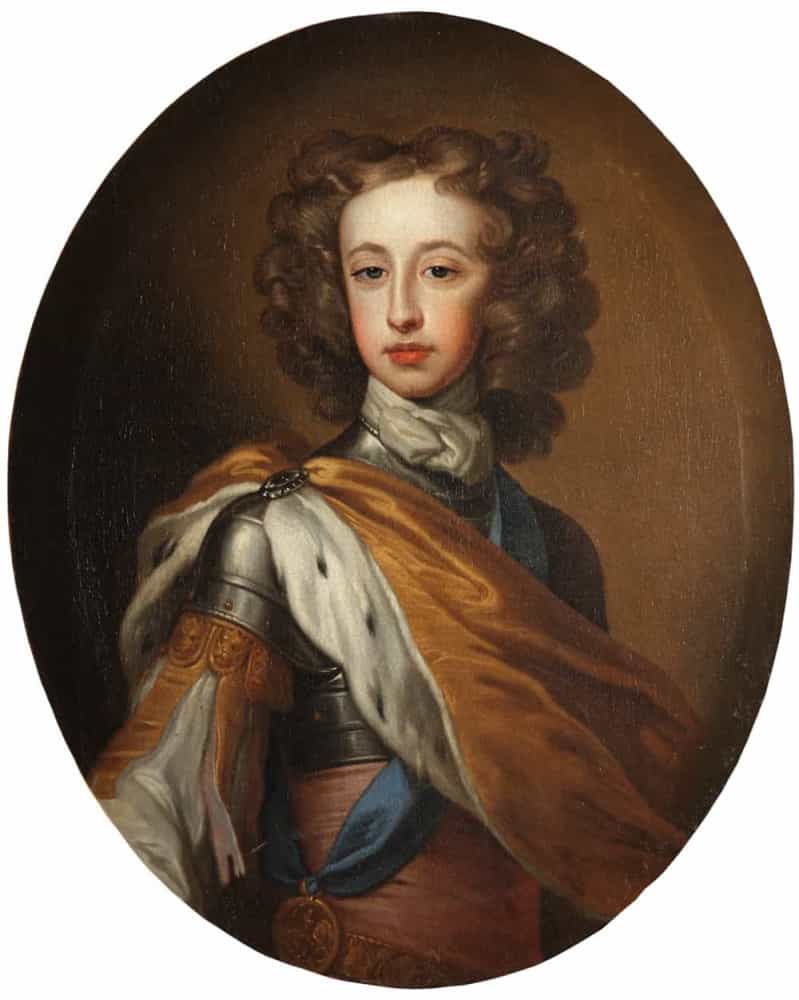 The son of Queen Anne was born in 1689. Unfortunately, the prince was not a healthy child. Not only was he often sick, but William also seemed to show signs of developmental difficulties. 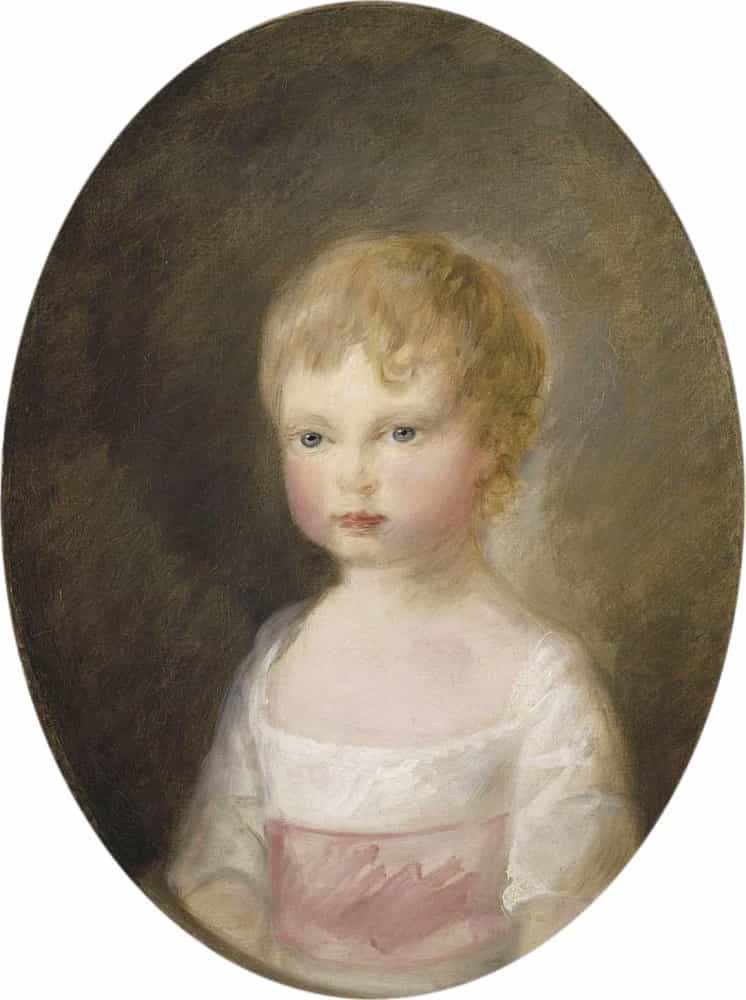 The Duke of Gloucester contracted smallpox when he was 11, and eventually died at Windsor Castle in 1700. 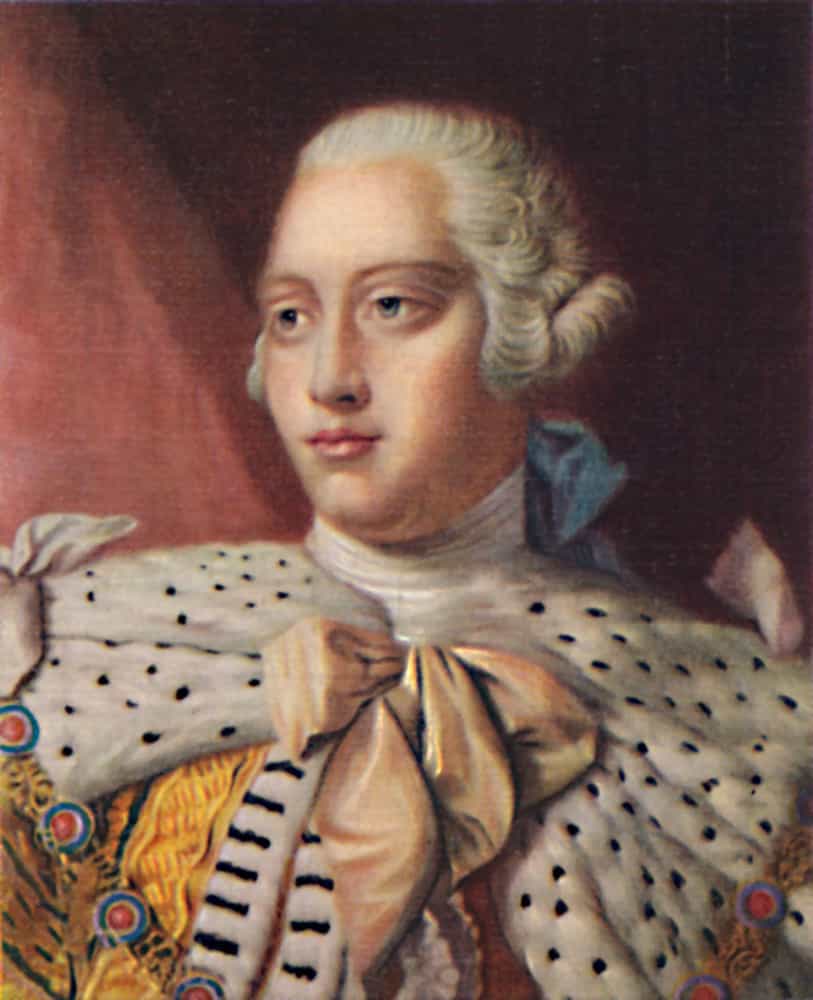 The son of King George III and Queen Charlotte died shortly after being inoculated against smallpox. Prince Alfred of Great Britain was just one when he passed away at Windsor Castle in August 1782. 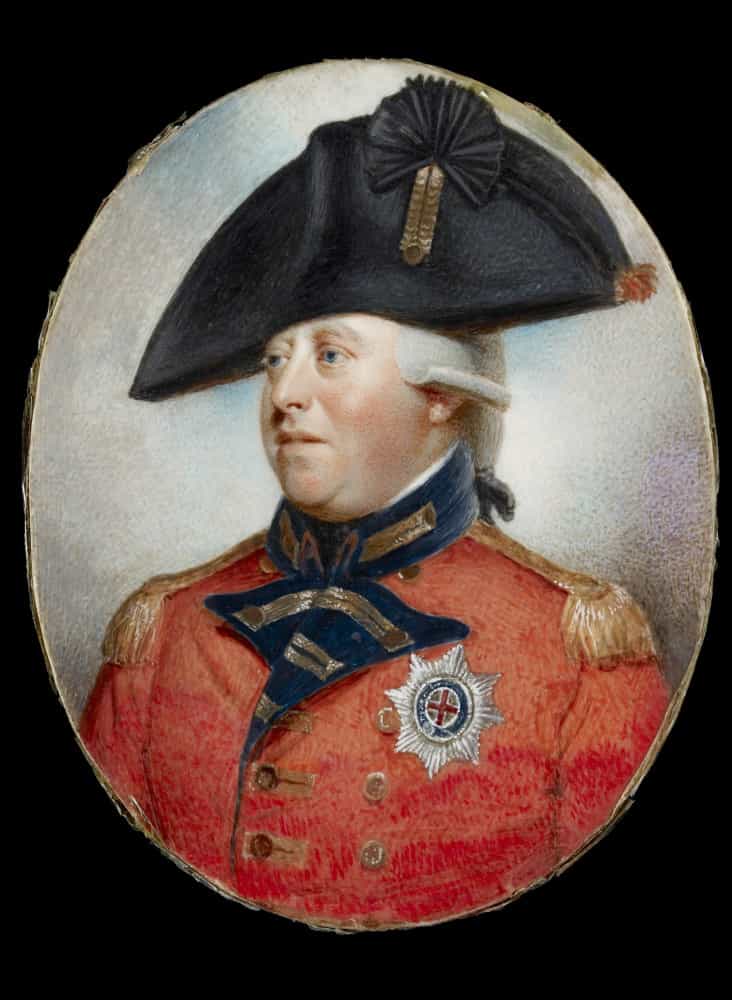 George III became king in 1760. He became known for mainly two things: losing the American colonies during the Revolutionary War, and his poor mental health. 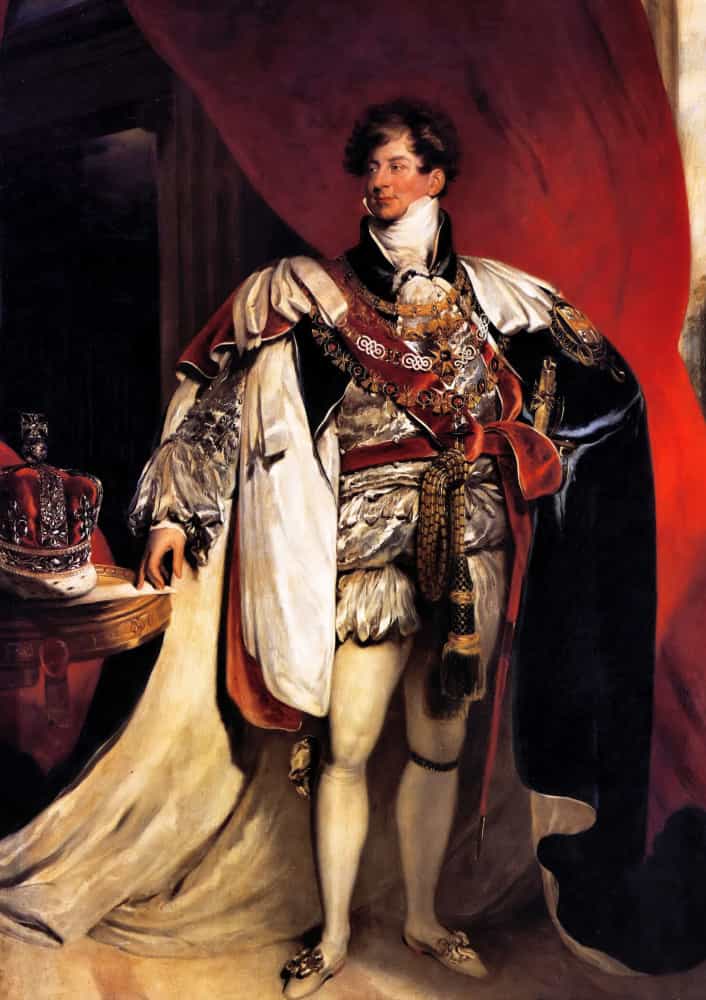 The mental health of George III deteriorated severely over the years, until his son George, the Prince of Wales, had to take over as regent. George III died at Windsor Castle in 1820. 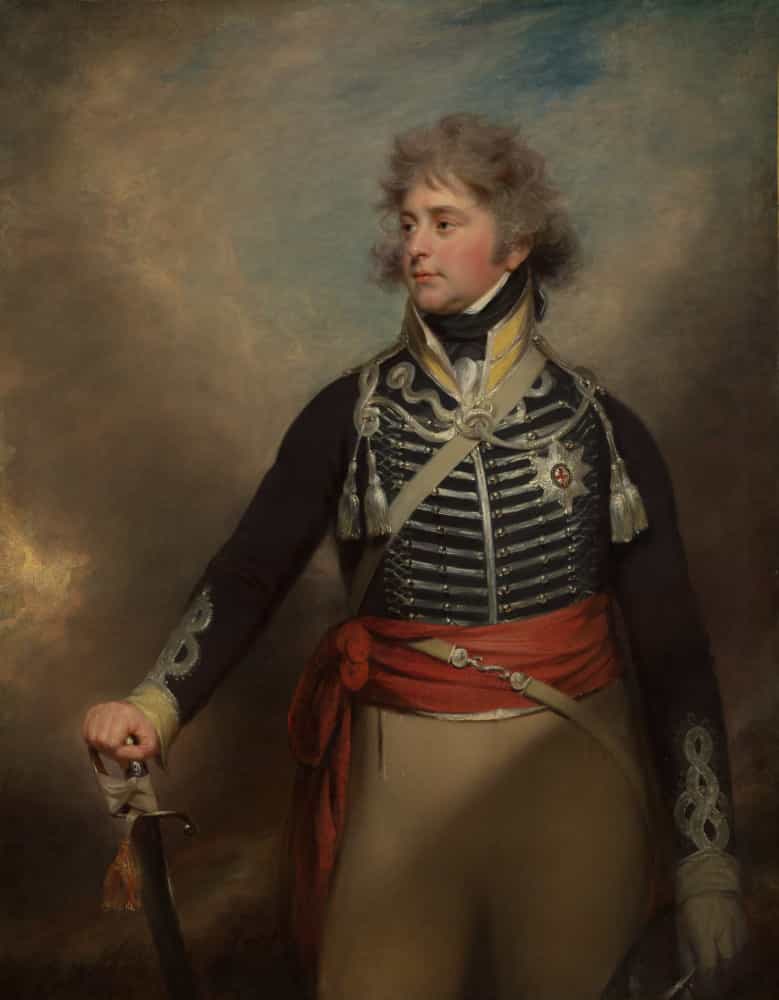 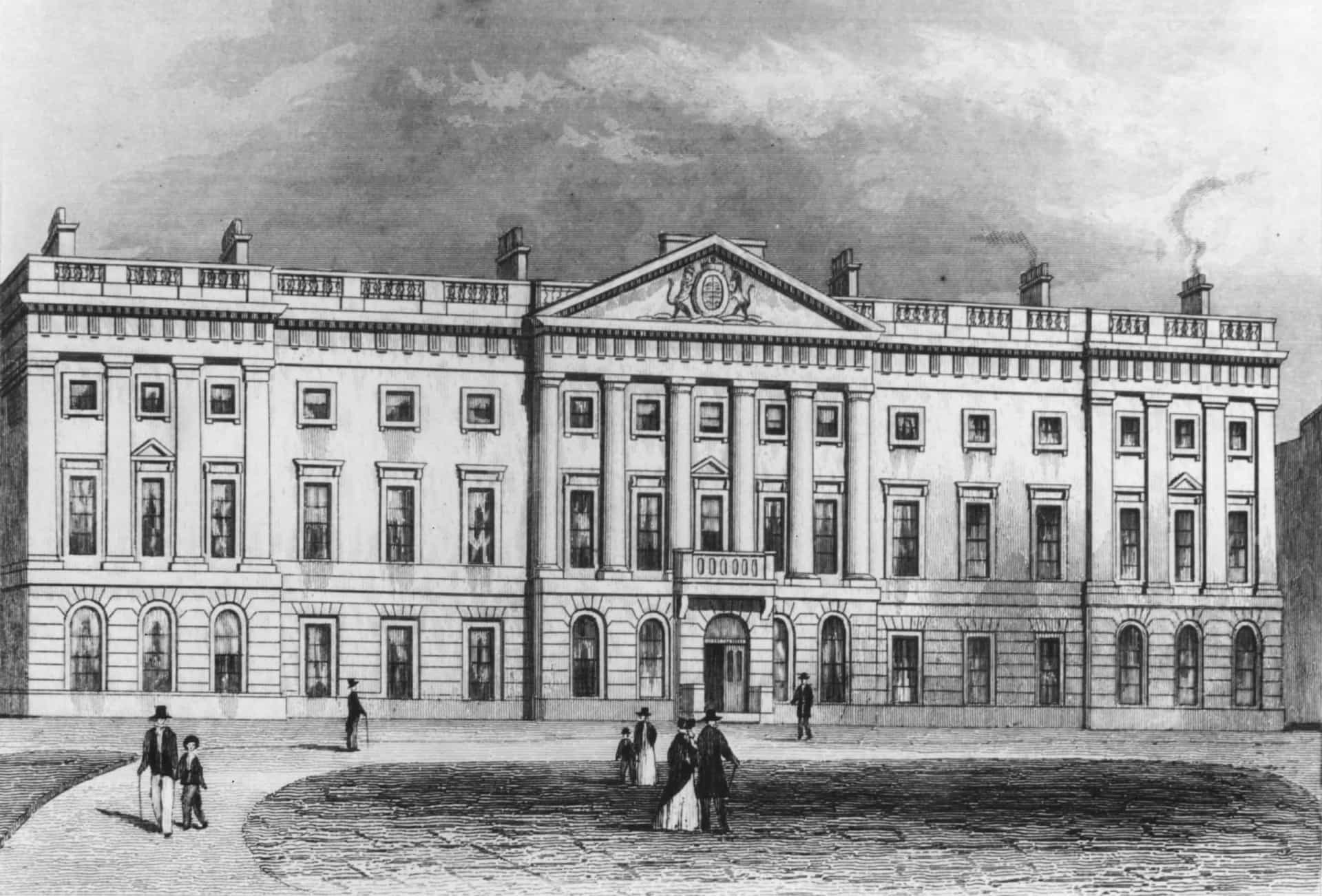 George IV ascended to the throne in 1820. His allegedly lavish lifestyle, which included heavy drinking and eating, started to take a toll on his health. George IV had become obese when he fell ill in 1830. 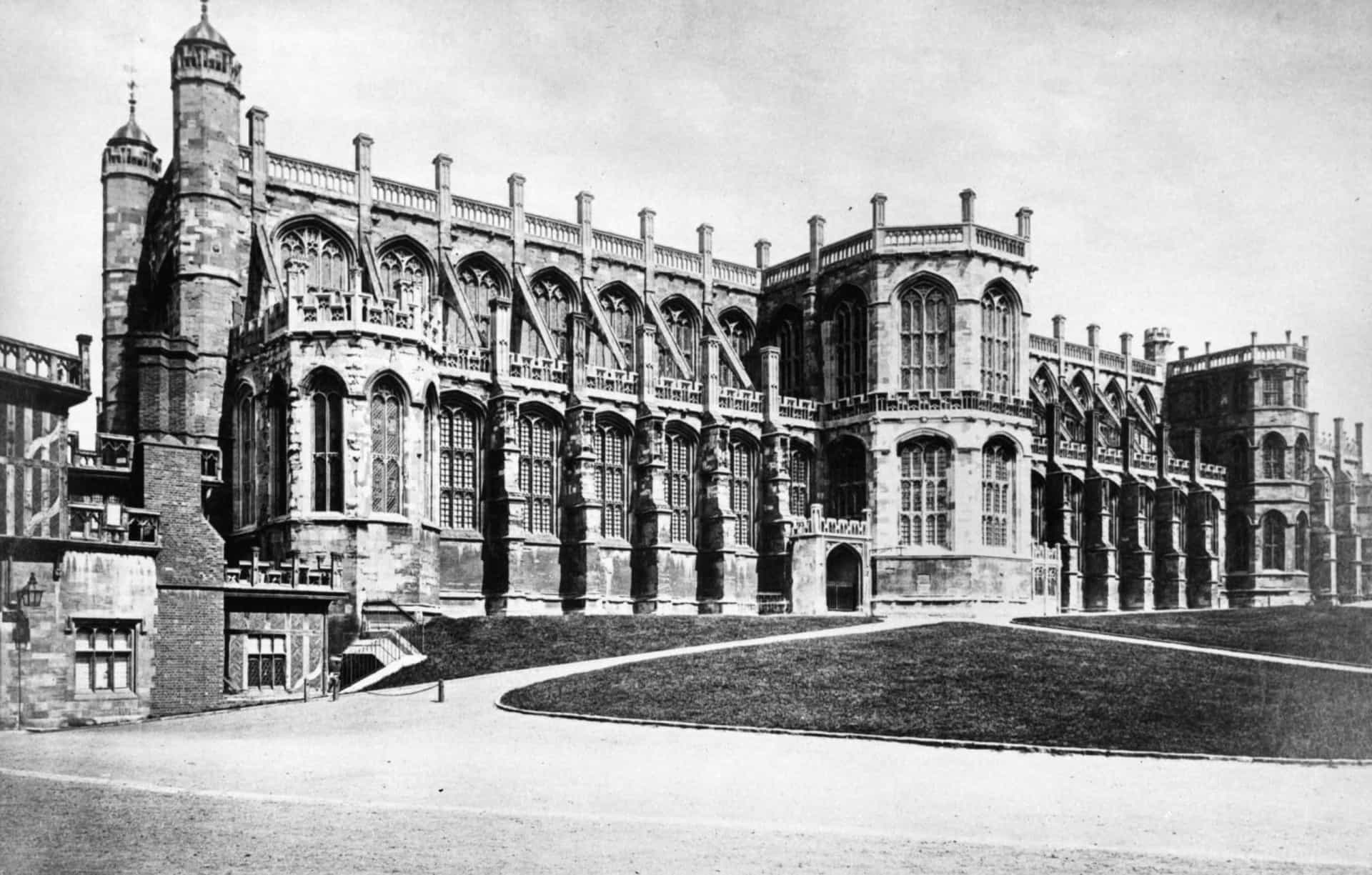 George IV’s physical and mental health deteriorated rapidly, and he eventually passed away on June 26, 1830, at Windsor Castle, aged 67. 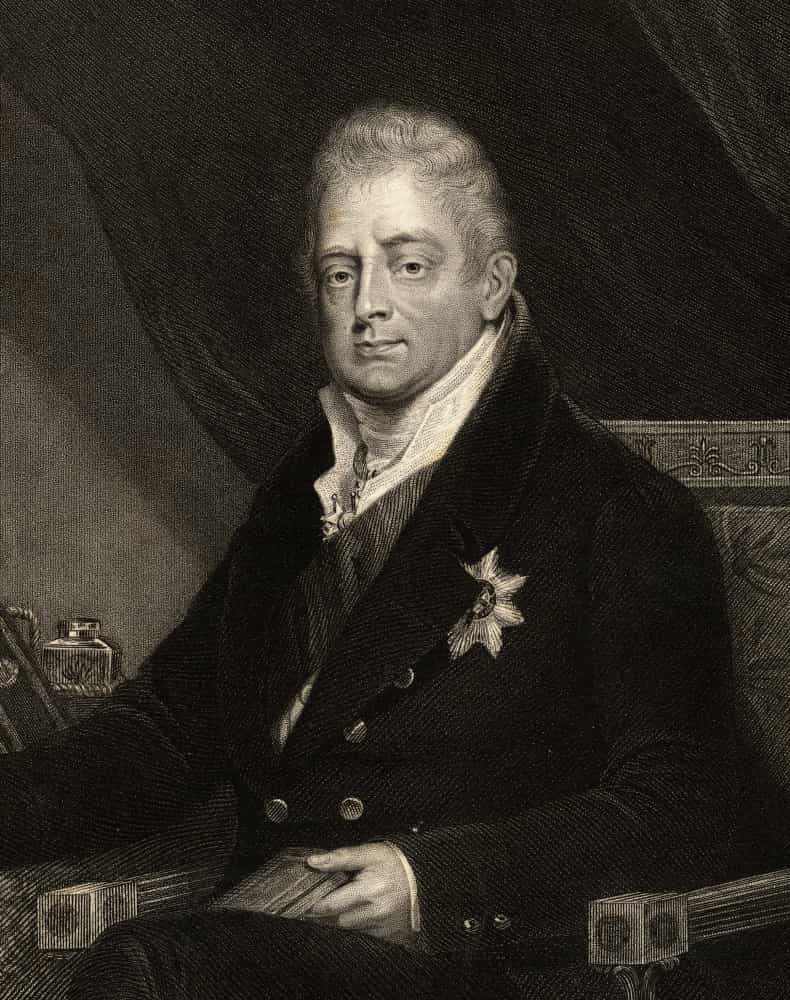 Sir John Barton was born in 1771 and became a famous engineer. He invented numerous things, and worked as a comptroller of the Royal Mint. 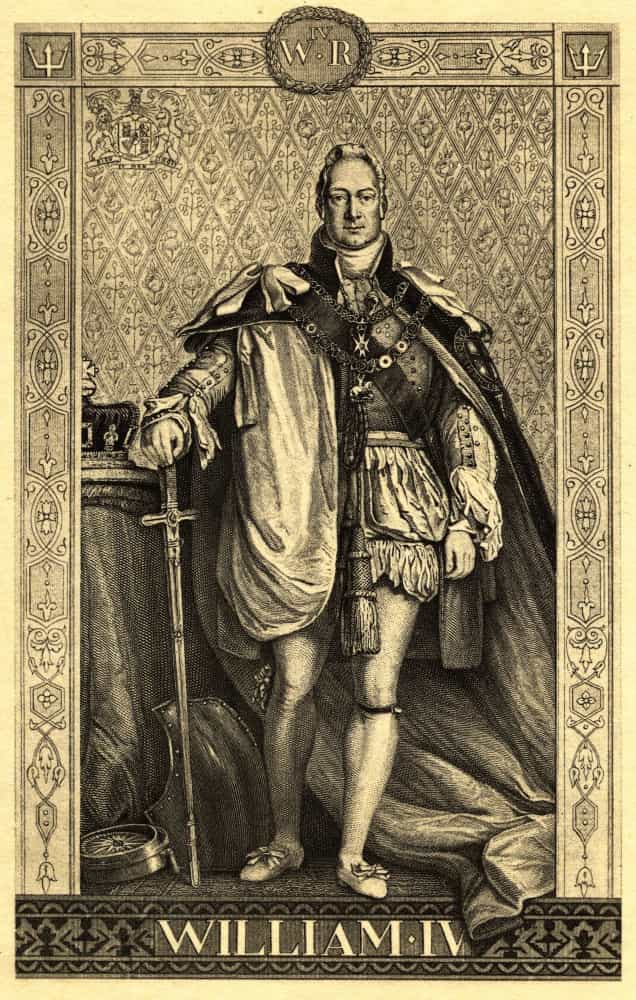 Sir John Barton was friends with King William IV and Queen Adelaide, and used to visit them at Windsor Castle. Barton eventually died at the castle in 1834, aged 63. The king ordered a tribute plaque to be put in Windsor’s St. George’s Chapel. 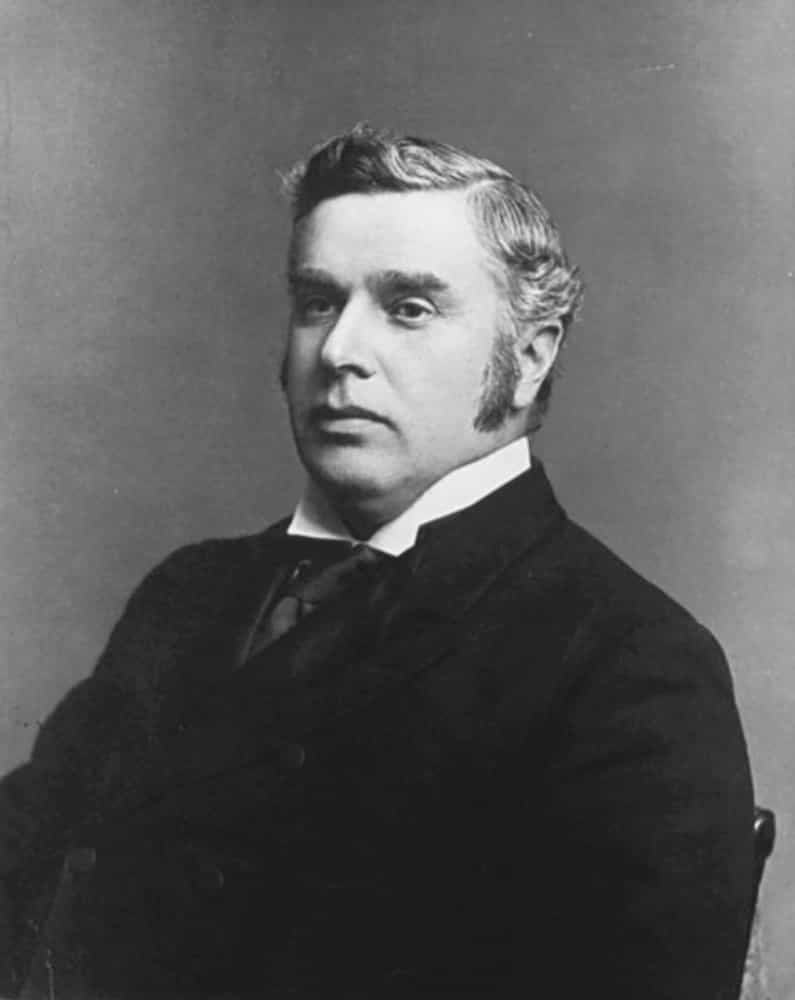 William IV’s had a short seven-year reign, which lasted from 1830 to 1837. Curious fact: he was the last British king named William (Prince William might become the next one day). 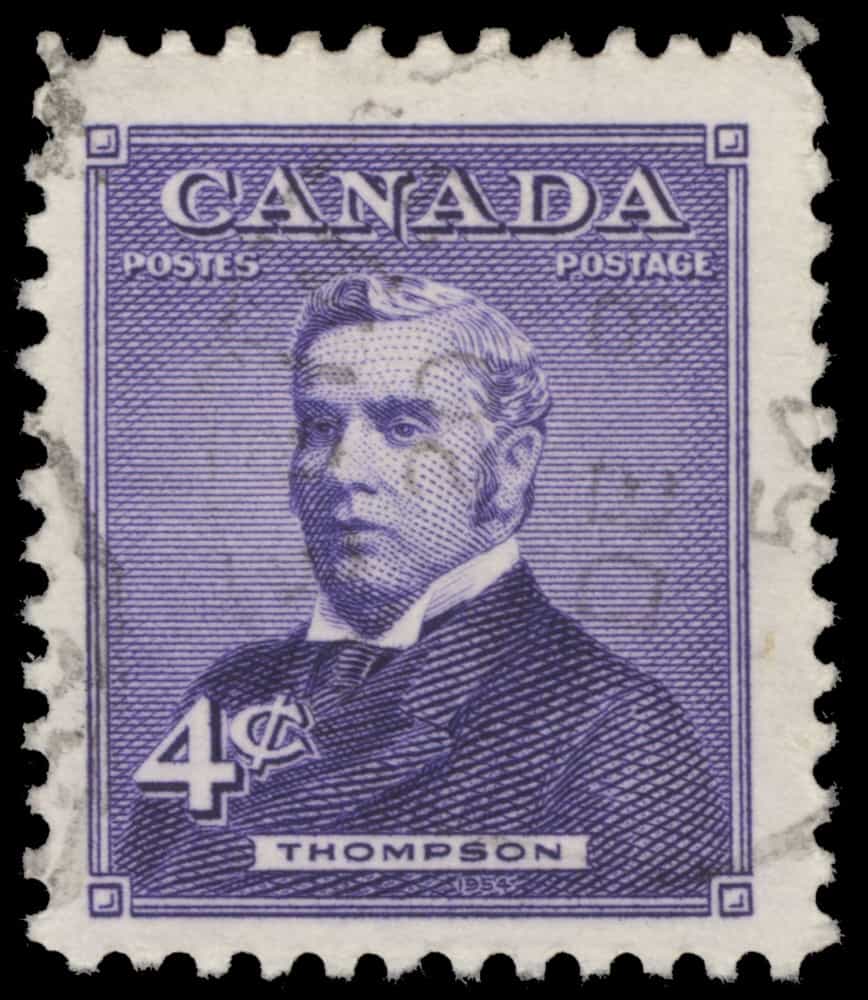 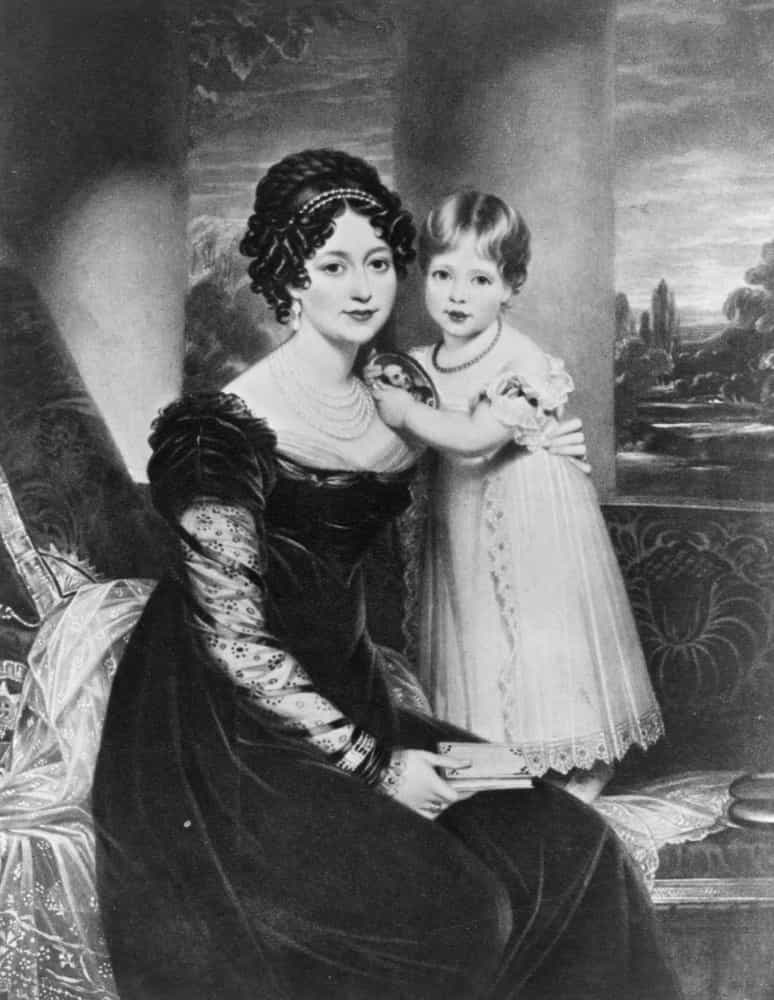 William IV passed away on June 20, 1837 at Windsor Castle, right when his niece, then-Princess Victoria, turned 18. She went on to become queen. 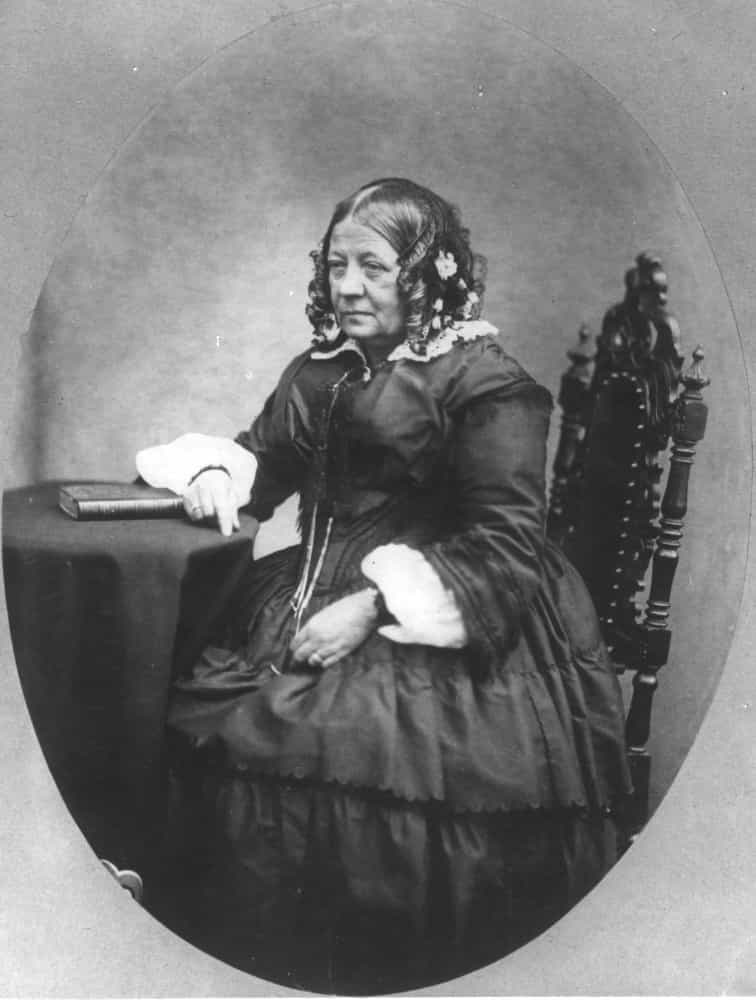 Sir John Sparrow David Thompson served as the prime minister of Canada from 1892 to 1894 (the year he died). 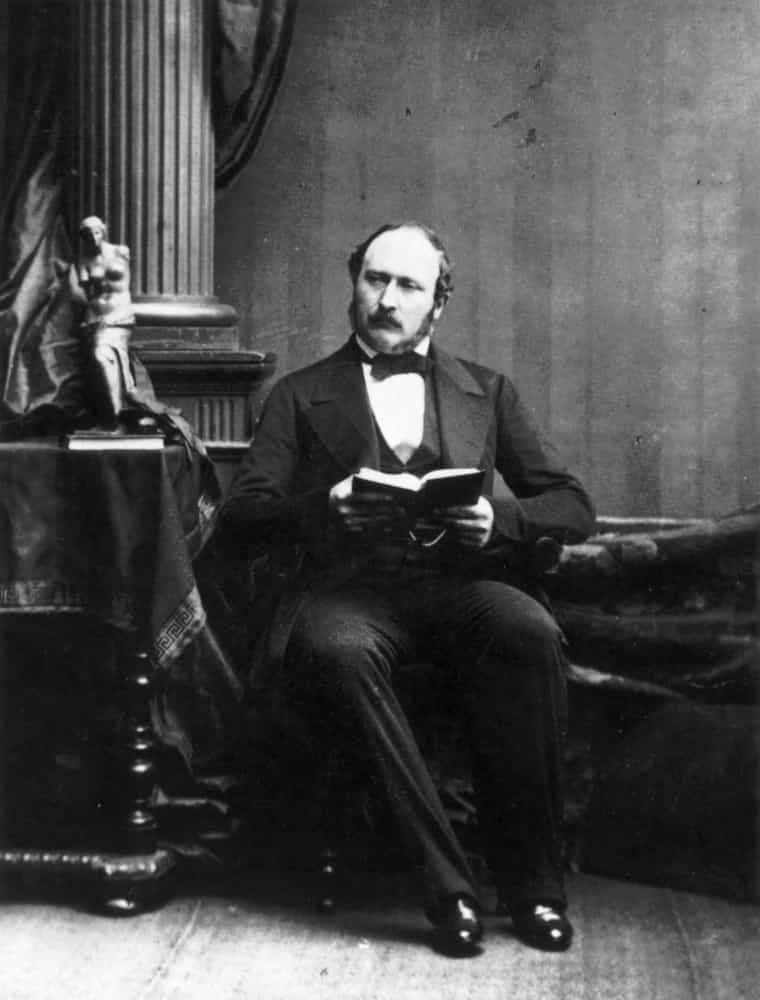 Thompson was invited by Queen Victoria to come to London and become a member of the Imperial Privy Council. He attended a ceremony at Windsor Castle, and died shortly after of a heart attack during lunch. 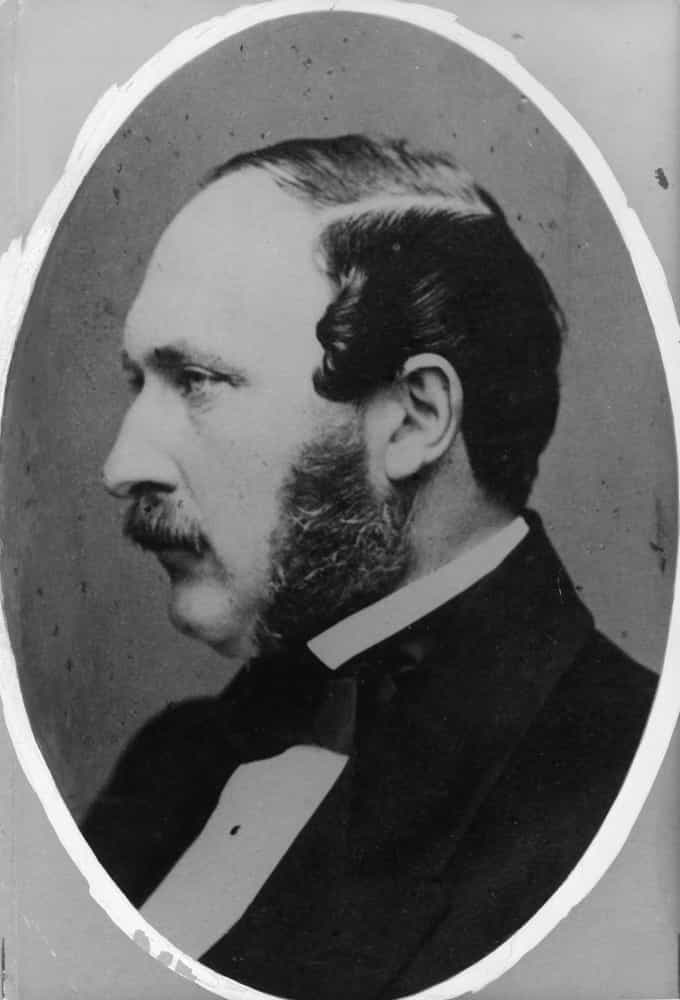 Victoria, Duchess of Kent was the mother of Queen Victoria (pictured as an infant). She lost her husband young and raised her daughter until she turned 18 and became queen. 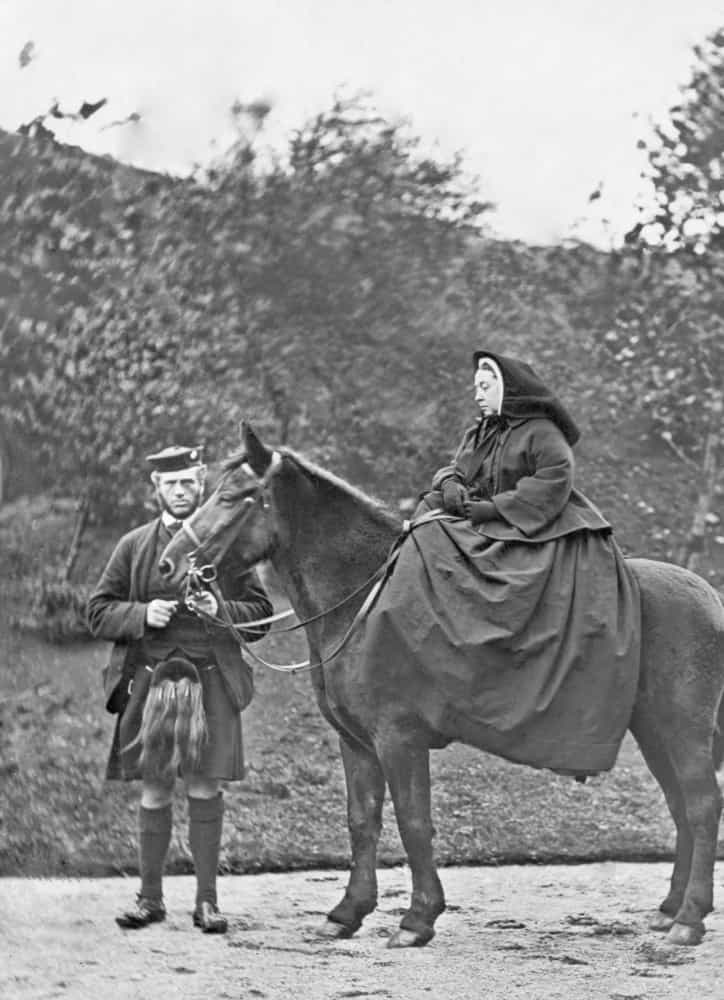 Victoria, Duchess of Kent lived until she was 75. She passed away at Frogmore House, Windsor, on March 16, 1861. 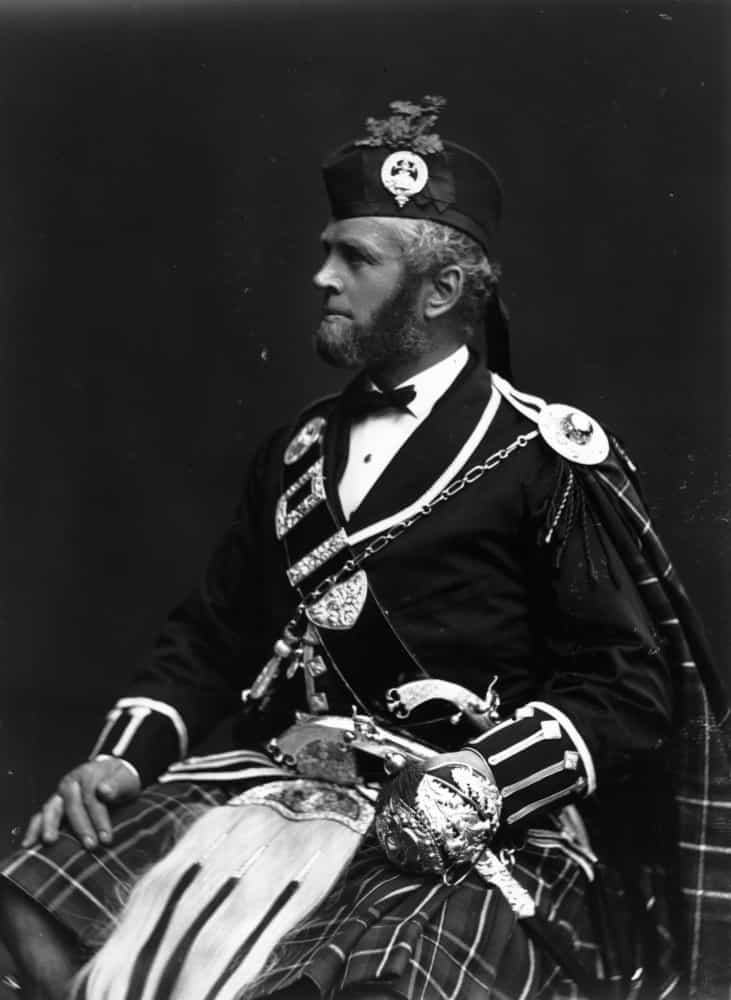 Albert was Queen Victoria’s husband (and cousin). The couple were married from 1840 to 1861 and had nine children. 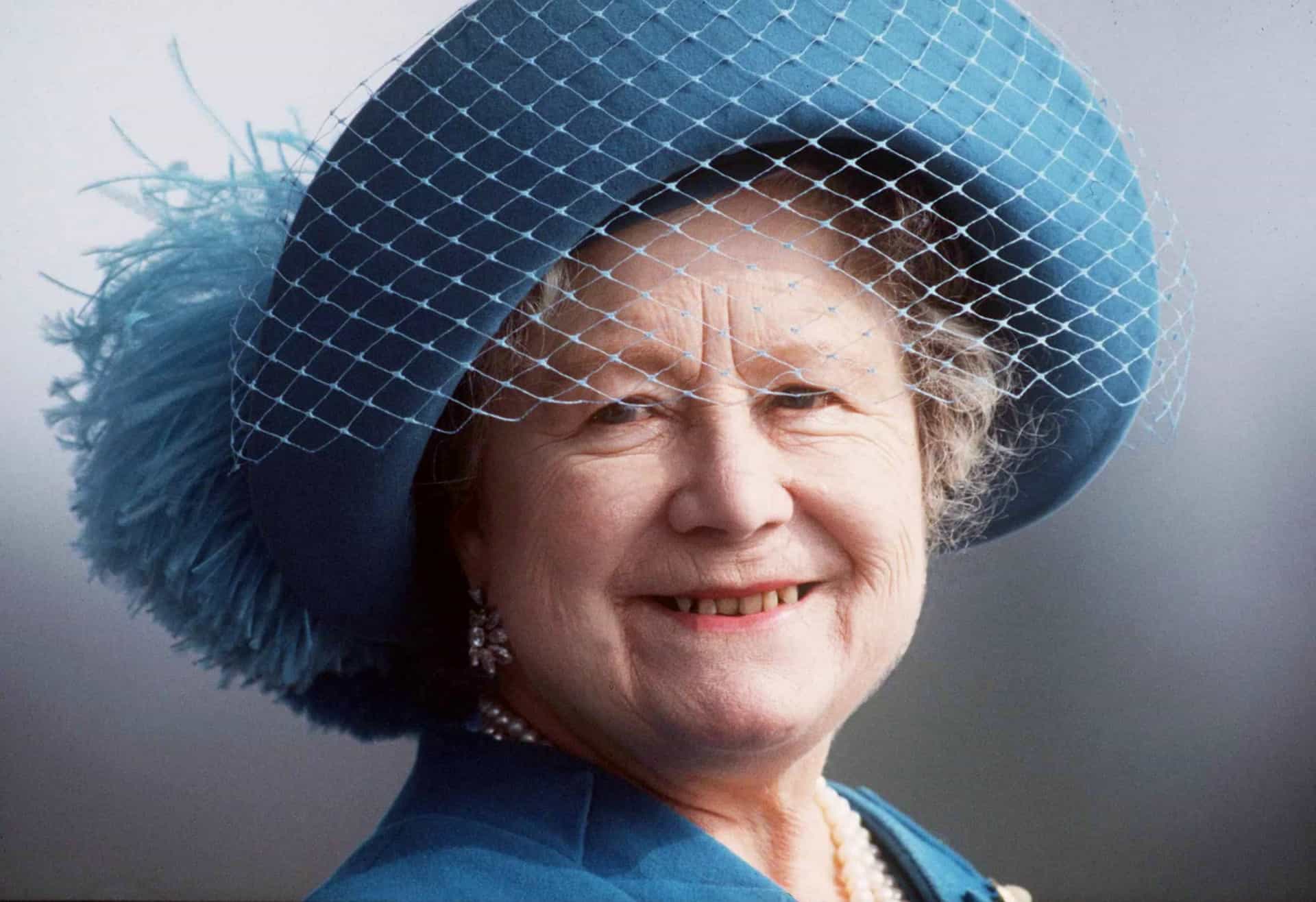 Albert died in 1861, aged 41, at Windsor Castle. It is speculated that it was due to typhoid fever, but the disease in question is still debated by historians. 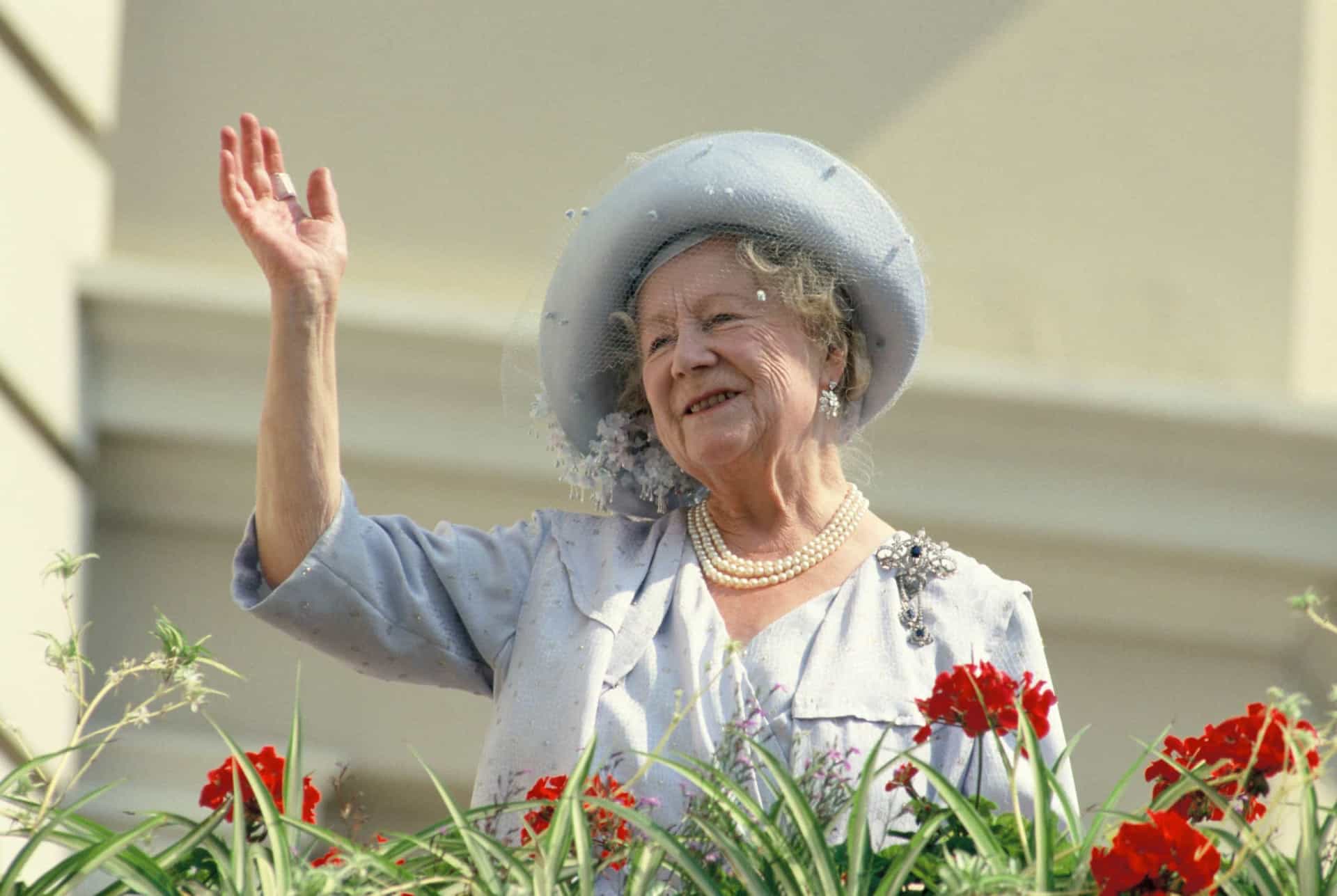 John Brown was Queen Victoria’s trusted Highland servant. Brown and the Queen had a strong friendship, and it has even been speculated that the two had something more going on (Queen Victoria was a widow). 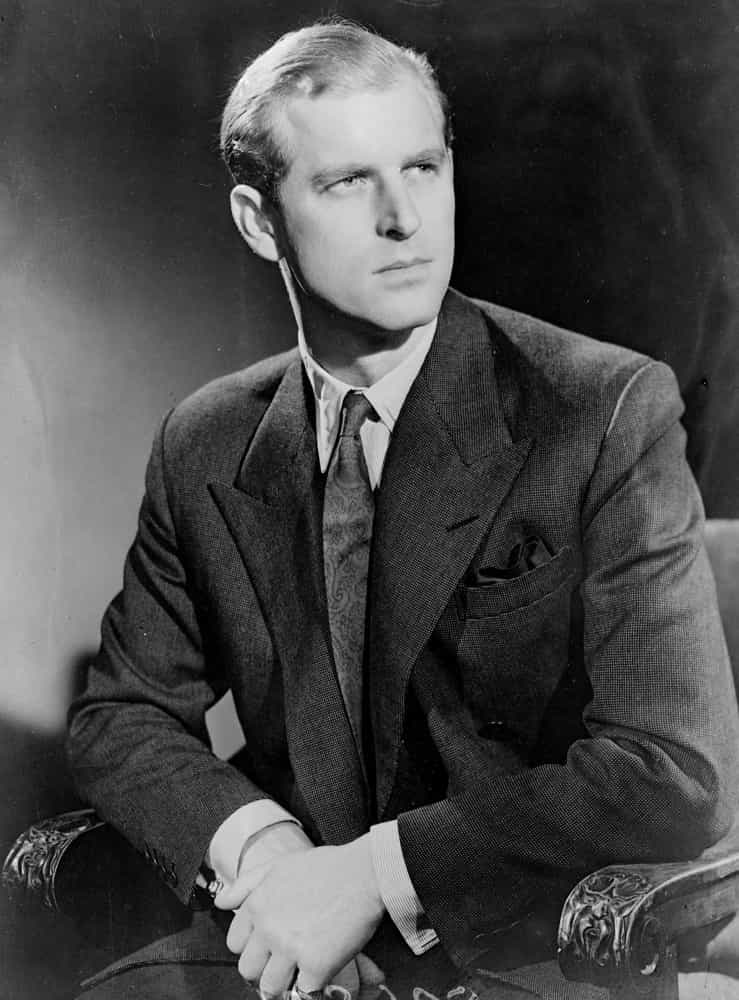 John Brown died at Windsor Castle in 1883. A letter from Queen Victoria expressed how she felt: “Perhaps never in history was there so strong and true an attachment, so warm and loving a friendship between the sovereign and servant … life for the second time is become most trying and sad to bear … the blow has fallen too heavily not to be very heavily felt.” 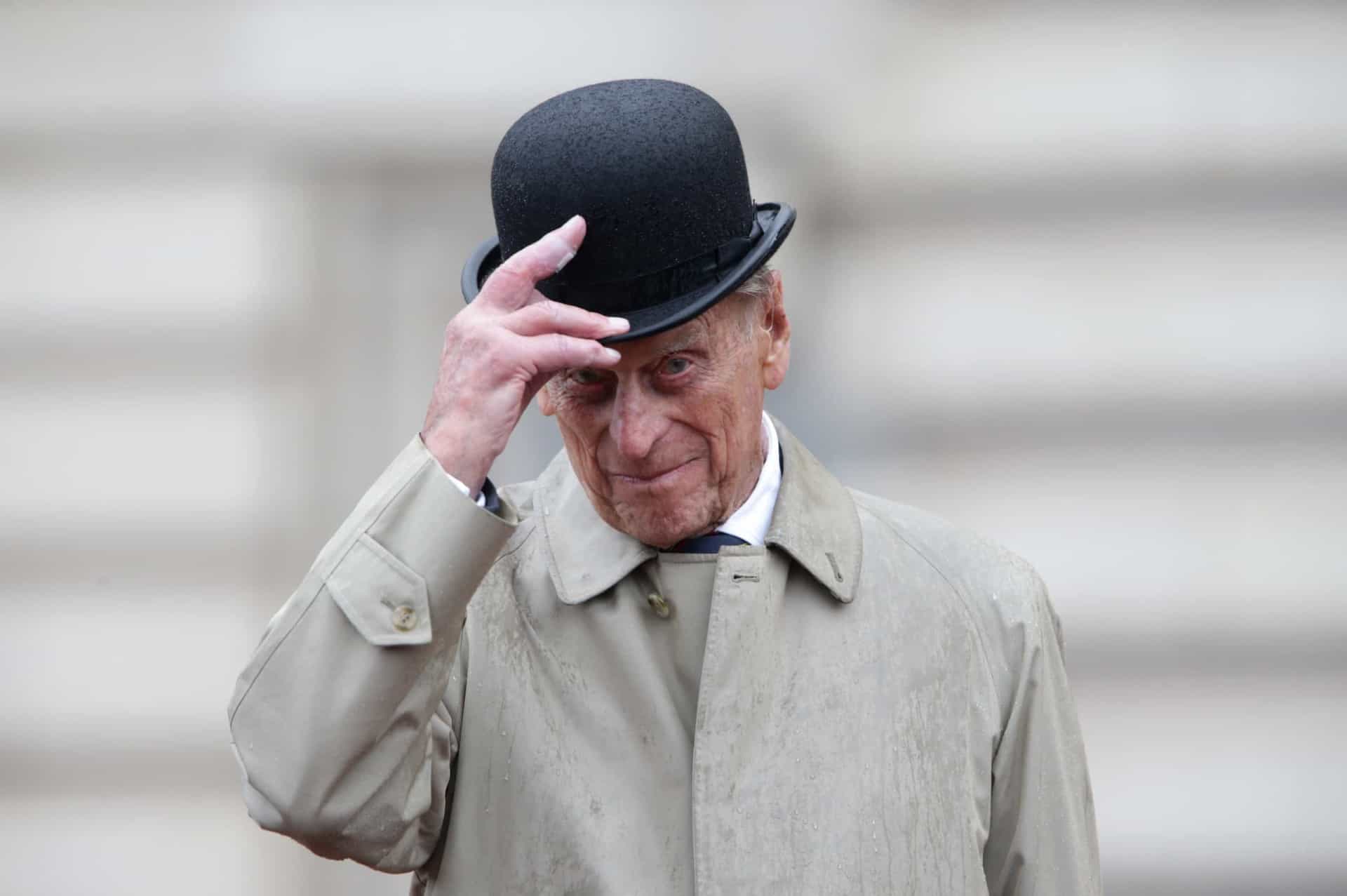 © Twitter Lurpak is the latest product to be hit by an increase in price Shoppers have reacted with shock and anger after a customer spotted a tub of Lurpak butter in Iceland for £9.35. Posting to social media, one user shared a picture of the cooking staple with ...


View more: Shoppers react with disbelief to £9.35 tub of Lurpak: ‘Stop the world I want to get off’

© Reuters/Henry Nicholls FILE PHOTO: The City of London financial district can be seen as people walk along the south side of the River Thames, amid the coronavirus disease (COVID-19) outbreak in London LONDON (Reuters) – Growth among British businesses last month was a touch stronger than originally thought ...

Sainsbury’s saw like-for-like sales fall by a 4 per cent in its first quarter, amid mounting ‘pressure on household budgets’. The drop in the 16-week period to 25 June was driven by lower sales of clothing and general merchandise, the supermarket chain said. With many people seeing their discretionary income ...

1/28 SLIDES © Getty Images Celebrity hangover cures–tried and tested! The question of the best cure for a hangover is as old as time, or at least as old as alcohol has existed. Everybody seems to have their own idea as to what works. In reality, there is nothing ...

© Provided by ABC NEWS Denva Suttie said this was the first holiday the family had taken in more than five years. (Supplied: Denva Suttie) More than 100 passengers, including young families, were left with no where to sleep after being ferried off Hamilton Island following a flight cancellation on ...

© Justin McManus Forty-five people died and more than 200 staff and residents were infected with COVID-19 at St Basil’s in 2020. St Basil’s Homes for the Aged is grappling with another outbreak of COVID-19 almost two years after 45 residents died from the virus. The embattled aged care ...

© Provided by BANG Showbiz Ike Turner Singer P.P. Arnold has alleged she was raped by Ike Turner in the mid-1960s. Arnold, 75, performed as an Ikette with the Ike and Tina Turner Revenue, has opened up about the past in a new memoir called ‘Soul Survivor’ and in ...

Fire Is Pushing Our Beloved Aussie Animals Even Closer to Extinction

Say ‘Howdy’ To Cowboy Boots, The Celebrity-Endorsed Trend Sure To Perfect Your Two-Step

Diastasis recti: What to know about this common postpartum condition