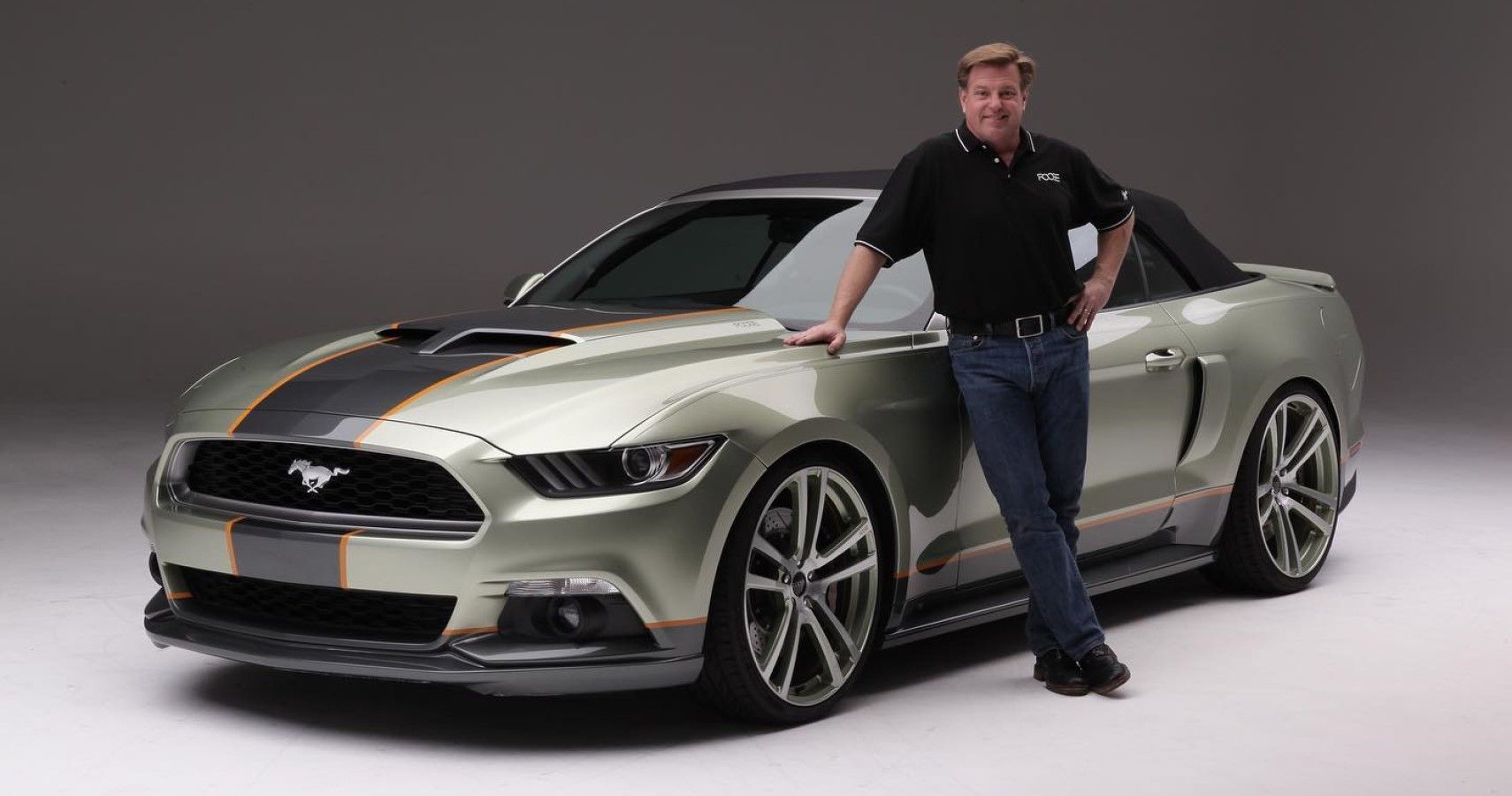 If you’re a true-blue gearhead, Chip Foose shouldn’t be a stranger to you. He’s been a renowned automobile designer for years now, but what’s made him stand out from many others is the fact that he’s a huge car and television personality.

He was born and brought up in Santa Barbara, California. He’s currently 59 years old, but his passion keeps the 7-year-old in him alive and kicking. His name is among the most recognized in the automotive industry – not just in the U.S., but around the world.

Of course, he is undoubtedly a grease monkey, but he’s also a successful entrepreneur in the industry. If you know Chip Foose, it’s because of his Overhaulin’ TV show that helped him rise to fame.

Overhaulin’ aired on TLC between 2004 and 2008, following the show’s 4-year break. However, it was back in its sixth season, which aired on Discovery and Velocity. It continued to air on TV till its tenth season on April 28th, 2020. It garnered a huge fan base during its time.

Chip was the main star of Overhaulin’, and each show had a car that was turned either from junk or a decent state into something unique. Every custom-made vehicle was either a classic, hot rod, sports car, or truck. Despite the show not being around anymore, Chip continues to cater to his clients through Foose Design.

Apart from the glamorous creations (mostly classic cars) he worked on for customers, we take a closer look at his personal car collection and his current net worth to see what’s most impressive about all of it.

Chip Foose’s current net worth is $18.5 million. He has earned his net worth by being a successful hot rod shop owner, automotive fabricator, and designer. Chip has his own garage, where he parks his personal car collection, at Chip Foose headquarters, located in Huntington Beach, California. Chip has a wide range of cars, including hot rods, classic cars, and supercars.

The first of which isn’t a car, but a truck: a custom Ford F-100. This specific model has been in the family for about 50 years or so, ever since he bought it from his father at the age of 13. It was Chip’s daily driver throughout his school days, after which it was put into storage. Chip intended to modify the truck years later, but couldn’t find the time to do it.

However, his father knew how much he loved it, so he took it away from him and being a restorer himself, reworked the entire truck based on Chip’s idea. Nearly every panel was rebuilt and reconstructed. Chip was amazed when he saw it.

The other unique car in his collection is a Jaguar E-Type Roadster, which took him over two years to rebuild and give the look it currently has. The headlights received brass bezels, while the grille and hood scoop had been redesigned, giving it a distinct look.

Chip replaced the original V12 with an LS3 V8 engine from General Motors, that’s paired with a 4-speed automatic transmission. Even the suspension was strengthened, while better brakes were installed to take the weight of the new V8.

This is one of Chip’s personal daily drivers. To develop this Mustang GT, Modern Muscle Design partnered with Foose. The 5.0-liter Coyote V8 engine had been tuned to push out a whopping 810hp. This car also features a MagnaFlow Competition Cat-Back exhaust system that further adds to the increase in power.

This car started out life as a 1939 Cadillac 60 Special. It was inspired by a 1935 concept by Art Ross, a designer with GM back in the day. The Madam X was converted into a two-door coupe that was lowered, shortened, and personalized to suit Chip’s taste.

Under the hood sits a Strong Corvette Gen VLT-1 engine, with front and rear suspension from a ’60s Corvette, and an 8-speed automatic transmission from a Cadillac Escalade. The classic was even showcased at the 2016 SEMA show.

Now here’s a hot rod that blends a bit of every performance car. It’s also known as the Foose Coupe, and this car played a major part in Chip’s career heading north. It started with a graduation project of his as this was a concept sponsored by Chrysler.

It took 16 years for this to go from a concept to reality. Only 5 Hemisfears were built, making it extremely rare. The whole thing was made of aluminum and featured a mid-engine HEMI layout. The engine is shared with the Dodge Challenger Super Stock.

This was the first car Chip worked on for Boyd Coddington, another American hot rod designer. The car had to be delivered to his garage before it closed in 1998. The front bumpers were taken from a 1956 Chevrolet Nomad and the grille was from a vintage Cadillac.

The cabin was just as exotic as the exterior, featuring top-notch leather and a chrome dashboard. The white aluminum roof was hand-shaped, while the wheels were done by Mike Curtis Design.

The Ford P-32 Roadster was another personal project of Chip’s; it was a tribute to WWII fighter planes. It got him thinking, “what if one of those pilots returned and missed his fighter plane?” This made him build a hot rod out of the idea.

The fighter plane-styled nose is made of aluminum, resembling the P-38 Lightning from up-front. The Bomber seats inside the car are from an actual 817. It is still owned by Chip and can be seen on display at his custom workshop.