Why Do Cars Have a 3rd Brake Light?

Every time you step on your car’s brake pedal, the brake lights will illuminate to alert following drivers you’re slowing or stopping. Brake lights are an essential car safety feature, without which our roadways would be risky and chaotic. However, until the 1980s, motor vehicles were legally required to have only two brake lights. To explore the advantages of the third brake light, here’s a history of these lights and why cars have them.

A history of the 3rd brake light 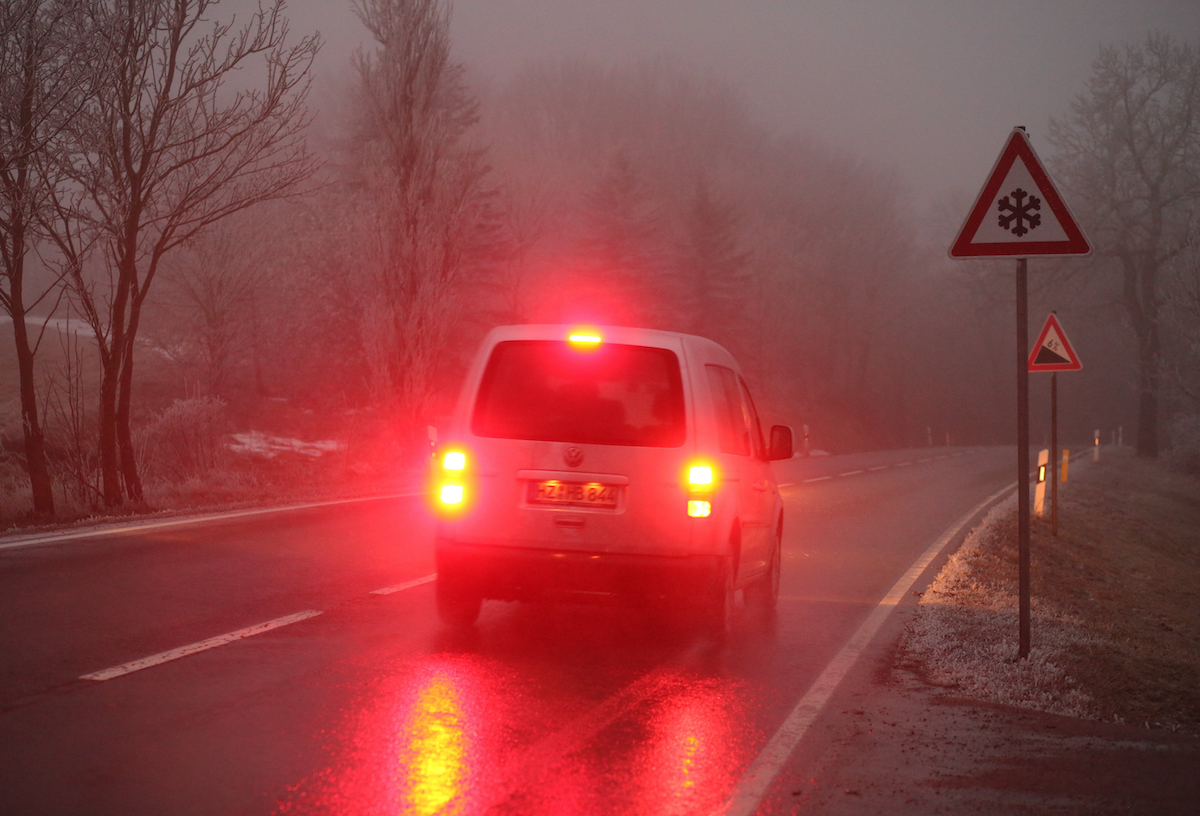 The origin of the third brake light dates back to the mid-’70s, when the Russian-American psychologist John Voevodsky conducted a study to test whether a third brake light would better signal following motorists to slow down. To test his hypothesis, Voevodsky installed an additional light on 343 taxis in San Francisco, the American Psychological Association reports. For comparison, he had a control group of 106 cabs, which continued to operate with the standard two brake lights.

The study revealed that taxis equipped with an additional brake light were 60% less likely to get involved in a rear-end crash than cabs in the control group. As a result, the third brake light, officially known as the center high-mounted stop light (CHMSL), became legally required safety equipment on new vehicles in 1986 and light trucks in 1994.

Currently, the third brake light has evolved to include modern features. Case in point, the pulsing brake light assists in preventing distracted drivers, ensuring motorists’ safety as they travel down the road.

Top reasons why cars have a 3rd brake light

Here are the top reasons why cars have a third brake light:

According to the latest National Highway Traffic Safety Administration report, more than 3,000 people lost their lives to distracted driving in 2020. As mentioned, brake lights are an essential car safety feature. Their primary function is to signal other tailgating drivers you’re slowing down. The CHMSL, positioned higher than the two main brake lamps, increases visibility to other drivers. It offers an additional signal to distracted drivers, and studies show it significantly reduces car accidents.

The third brake light enhances driver-to-driver communication, thus reducing the likelihood and the severity of rear-end collisions. So it’s important to ensure that your CHMSL works as intended to save your life and the lives of other vehicle riders and pedestrians.

The federal regulation to have a third brake light on all cars is one of those laws with an outstanding cost-benefit ratio. According to Road Safety Facts, approximately 46,000 Americans die yearly from car accidents, and an additional 4.4 million sustain serious injuries. These injuries cause taxpayers billions of dollars in long-term medical care and lowered productivity. Therefore, having a functional third brake light on your car can significantly reduce the human and economic impact of auto accidents.

While car crashes can lead to severe injuries or even death, they can also cause significant property damage. And although your auto insurance might cover most of the repair costs, you will still have to pay for lost time and frustration, even if not in cash. Hence, taking as many precautions as possible to avoid a car accident is better.

5 of the Rudest Things You Can Do While Driving

Renewing Your Insurance Policy Early Could Save You on Car Insurance

What Is the Difference Between Liability, Collision, Comprehensive, and Full Coverage Car Insurance

4 Reasons Roundabouts Are Safer Than Other Intersections

5 Steps to Take When Your Car Is Totaled

If You Do These 5 Things, You Might Have Road Rage

3 Steps to Take if Your Car Is Stolen

3 Things to Remember Before You Drop Collision Coverage

3 Reasons Why You Should Always Take Pictures After an Accident

Parents have plenty to be concerned about when their teen learns to drive, including high insurance premiums. However, one concern they should consider is the vehicle the teenager will drive. These days electric vehicles are becoming more popular due to rising gas prices, so the car the teen gets behind ...

What Are Driver-Based Exclusions?

While most drivers don’t give much thought to their car insurance policy until they have to file a claim, it’s important to understand what your policy covers—and doesn’t cover. Exclusions in auto insurance policies are common and can vary depending on the insurer. A driver-based exclusion is one type of ...


View more: What Are Driver-Based Exclusions?

Watch out for These 2 Damage-Based Exclusions

Every car owner knows the importance of having car insurance and understanding what’s covered in it. Often, exclusions are outlined in fine print and involve a lot of jargon, making it hard for a layman to understand. Whether you want to switch your insurance policy or submit a claim, sometimes ...


View more: Watch out for These 2 Damage-Based Exclusions

What Is an Out-of-Country Exclusion?

Insurance companies work by creating a wide pool of funds from member contributions, which they use to settle a few valid claims. To remain solvent and mitigate losses, insurers create provisions that limit the items covered in the policy and the circumstance under which they are obligated to pay you. ...


View more: What Is an Out-of-Country Exclusion?

What Are the 8 Parts of a Spark Plug?

Spark plugs are a crucial part of a gas-fueled combustion engine. That’s why it’s recommendable to have a regular check on them during routine vehicle maintenance. It’s easy to identify the signs of a faulty spark plug and whether it needs replacing if you clearly understand its parts. Here’s a ...


View more: What Are the 8 Parts of a Spark Plug?

What Is a Personal Property Exclusion?

While paying for insurance coverage can be tasking, having good coverage is paramount. Specific property classes are excluded from coverage, either because of their nature or because they are covered by other types of auto insurance policies. Understanding what’s covered and excluded from your car insurance will help you purchase ...


View more: What Is a Personal Property Exclusion?

What Is a Business Vehicle Exclusion?


View more: What Is a Business Vehicle Exclusion?

3 Factors That Contribute to Road Rage

Apple’s Crash Detection Calls 911 From Roller Coasters, but What About Cars?

Can a Car Accident Cause PTSD?

Should Cars Be Banned on Halloween? — Deadliest Day for Kids

What Are Telematics and How Can It Discount Your Car Insurance

The 4 Automakers With the Best Forward Collision Warning (FCW) Safety System, According to Consumer Reports

1 State Has the Highest Traffic Death Rate in the U.S.

The 4 Automakers With the Best Lane Departure Warning (LDW) Safety System, According to Consumer Reports

The 5 U.S. States With the Highest Traffic Death Rates Are All in the South

2 Days of the Week Are the Deadliest Times to Drive, NHTSA Data Shows

3 Things to Remember When Choosing the Perfect Auto Insurance Deductible

If Cars Crashed Into Your House 23 Times, Would You Stay There?

If You Hit a Deer, Is It Possible to Take Home the Meat?

Drivers Beware: Are Deer More Active at Sunrise or Sunset?

Is Hitting a Deer Really That Dangerous?

Is It True That Deer Are More Active During the Fall?

Will Your Insurance Cover an Accident if Someone Else Is Driving the Car?

Can a Deer Whistle Prevent a Collision?

What Do You Need to Do When You Hit a Deer?

How to Know When It Makes Sense to Fix Your Car After a Car Accident, And When It Doesn’t

Woman fatally struck by car after ride breaks down in NYC

Iowa basketball commit in critical condition, father killed after being hit by car

Why the NHTSA Data on Tesla Autopilot Crashes Is Misleading

1 killed, 4 injured after car slams into pedestrians in Brooklyn

How Will Self-Driving Car Insurance Work?

10-month-old girl falls out of mom’s SUV, dies after vehicle hits her

Man sleeping under truck outside NYC cemetery run over and killed