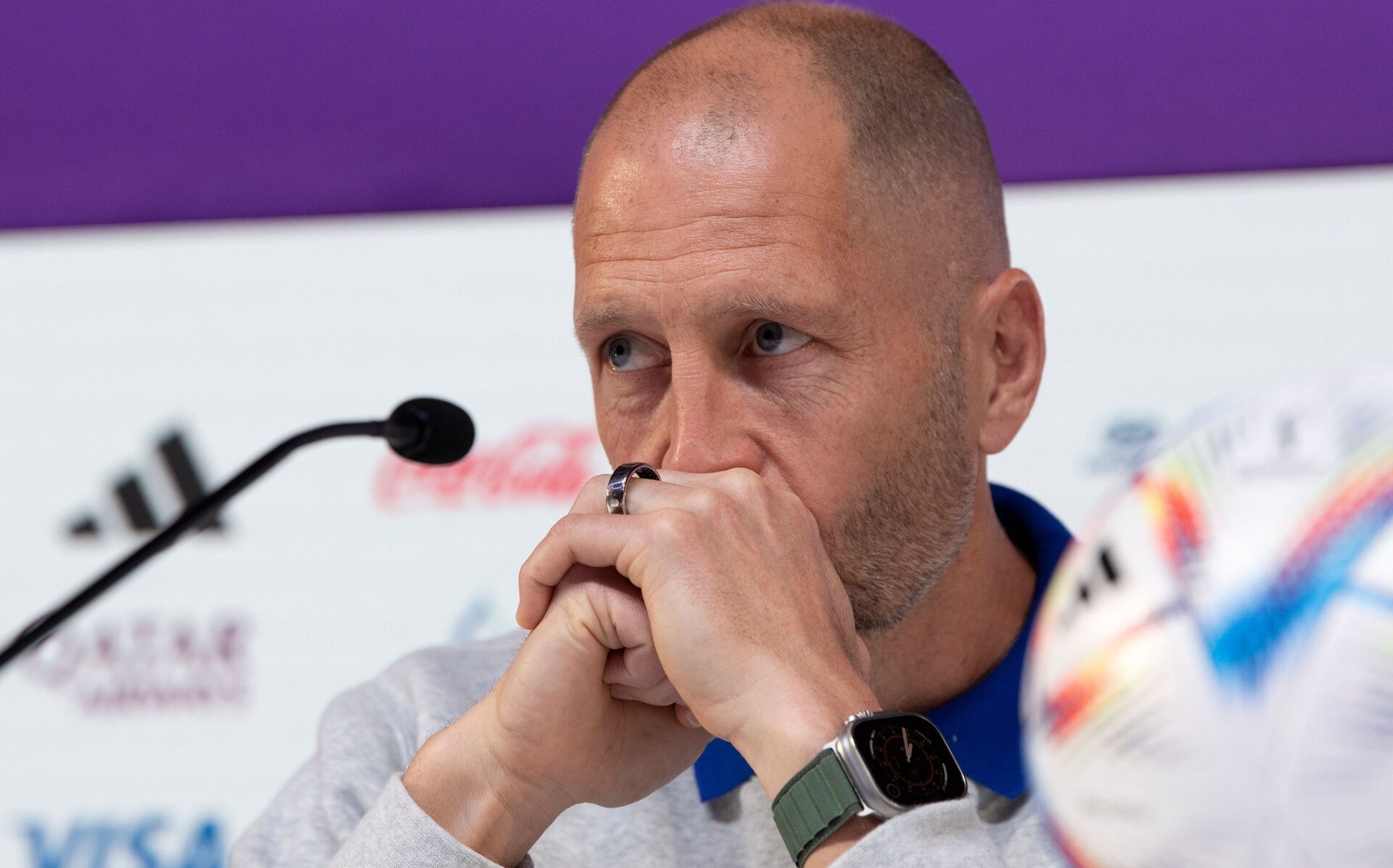 Gregg Berhalter, the United States coach, and captain Tyler Adams issued a double apology to Iran during an extraordinary press conference in which he was tackled by journalists on racism in the US, his country’s immigration policy, inflation and the US military fleet in the Persian Gulf.

An already charged political backdrop was ignited on Sunday after the US Football Federation posted a picture of the Iranian flag without the symbol of Allah, sparking a formal complaint from the Iran Football Federation and a demand from some media outlets that USA are thrown out of the tournament.

Berhalter made no attempt to defend the Instagram posting – or indeed hide an internal rift over the issue – and immediately apologised and said that it was nothing to do with him or the players. He then issued a second apology after an Iranian journalist corrected his pronunciation of Iran during an astonishing series of pointed questions on social and economic problems in the US.

To applause from Iranian journalists, manager Carlos Queiroz had himself earlier delivered a long monologue in which he referenced children being shot in schools – a major issue in America – while arguing that the lesson of the World Cup should be to focus on the “90 minutes to make people happy”.

He also suggested that it would mean more to Iran to qualify for the knockout phase than the USA.

Queiroz had referenced “what happened in your country with immigration” ahead of the England game and a clear feeling among Iran’s World Cup contingent, including the media, is that there is an unfair focus on the country’s deep political and social problems following the death in custody of the 22-year-old Kurdish woman Mahsa Amini.

‘You educated me on the pronouncement of Iran’

Berhalter duly then found himself fielding question after question on issues in American politics and society.

Asked about the “disrespectful” and “unprofessional” flag incident, Berhalter said: “We had no idea about what US Soccer put out. All we can do is apologise on behalf of the players and staff. It is not something we are part of. Some things are out of our control.

“We don’t want to sound aloof, not caring – all of our thoughts are with the Iranain people, the whole team, everyone – but our focus is on the match.” 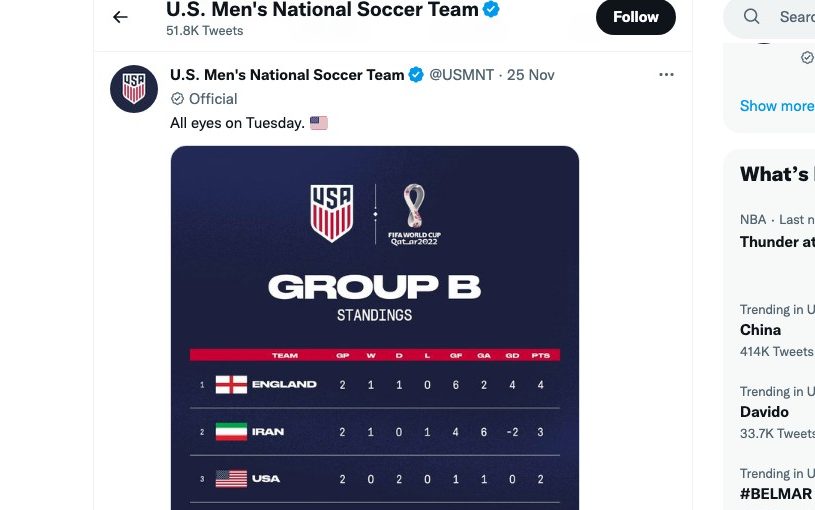 Adams, sat next to Berhalter, was then asked whether he was “OK to be representing a country which has so much discrimination against black people”. He answered: “There is discrimination everywhere you go. In the US we are continuing to make progress every day. I grew up in a white family with an African-American background. Education is super important. You educated me now on the pronouncement of your country.”

‘Why not take your fleet from the Persian Gulf?’

Another question had begun by asking “why does your government not take away its military fleet from the Persian Gulf?” while another journalist wanted to know why, as an American, Berhalter was “more than welcome” in Iran but that people with an Iranian passport could not automatically enter the USA.

“I don’t know enough about politics – I’m a soccer coach – I’m not well versed on international politics so I can’t comment on that,” said Berhalter, who added that sport can bring people together to “compete as brothers”.

The problem of inflation in America was also asked in the context of whether USA fans “support you or do not care about the team”. He was also asked about former USA coach Jurgen Klinsmann’s perceived “psychological warfare”. Klinsmann had talked about gamesmanship being part of the Iranian culture.

Berhalter was part of the American squad that were beaten 2-1 by Iran in the only previous World Cup match between the two teams and has urged his players not to make the same mistake, when he felt that the Iran players wanted it more.

“That burns in my mind,” he said. “What I saw was one team who wanted to win the game and one team which didn’t. We don’t want to make the same mistakes of the past.”

The Leeds full-back Tyler Adams was also sat on the press conference stage with Berhalter.

He said that the US players would “continue to show our support and empathy for what is happening to the Iranian team and people” but they were “laser-focussed” on the match. 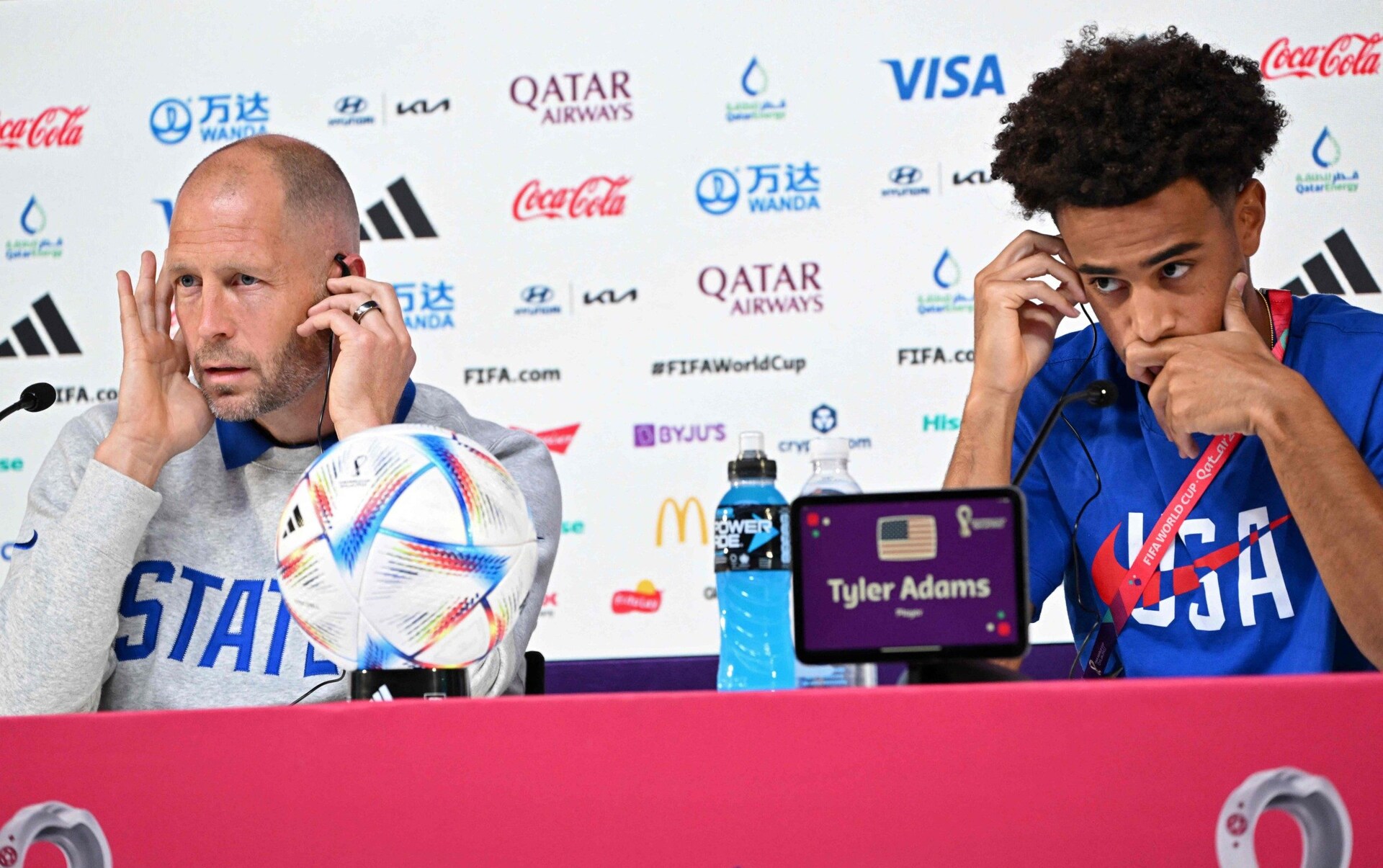 Queiroz was earlier adamant that the flag issue would not be used to motivate the Iran players. “If, after 42 years, I still believed that I could win matches with those mental games I think I did not learn anything about the game,” he said. “This World Cup will, I hope, be a good lesson for us in the future that our mission here is to create entertainment and at least for 90 minutes make people happy. I was born in Africa… and you don’t know what one simple ball can make in kids that for sometimes one or two days don’t eat. All the other things are important for our societies – we have solidarity with causes all over the world whoever they are: If you talk human rights, racism, kids dying at schools from shooting, we have solidarity with all.”

In praising the USA’s performances so far in Qatar, Queiroz said that they had jumped from “soccer to football” but pointed out that it was Iran and not the USA which had never progressed past the group phase. “They did that in 1994 so, for us, it is more special than for them,” he said. “To win is in the hands of god. What is in our control is our minds, fitness, technical and tactical expertise.” After drawing with both Wales and England, the USA can only progress if they win.