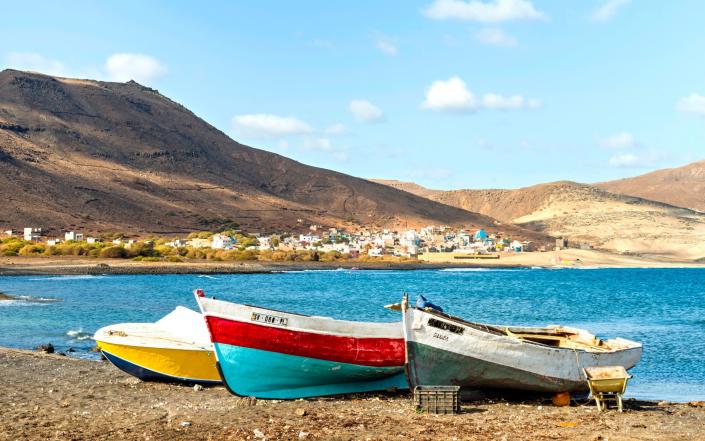 Some countries shine brightly on the map of the world. Your eye is drawn to them before your brain has clicked into gear. The US is one of them. So is France. So is Italy, as it dangles its shapely leg down into the waters of the Mediterranean.

Cape Verde – it is perhaps fair to say – is not one of these countries. It hides in the eastern Atlantic – keeping to itself as a 10-strong cluster of islands that, born of volcanic fury, are as beautiful as they are mysterious.

Where are they exactly? OK – let your gaze drift down across Africa. Look to the left flank of the continent. Go south through Morocco and Mauritania until you find Senegal – then drag your vision 350 miles to the west.

There you go, Cape Verde.

But then, a lack of profile does not disqualify a country as a viable travel destination. Indeed, in the case of Cape Verde, it is a cause for curiosity. There are many reasons to consider the archipelago for a holiday escape – but the 10 listed below are a good start.

1. It is more accessible than you think

There is no denying the distance involved. The Cape Verdean capital Praia sits some 2,837 miles from London; the journey to get there will take you most of the way to the Equator. And yet, the country can be reached with ease from the UK.

Portuguese national carrier TAP (0370 099 0028; flytap.com) is an alternative option, serving Sal and Boa Vista – plus the islands Santiago and Sao Vicente – from Lisbon. It also flies into the UK (from Lisbon), landing at Heathrow, Gatwick, London City and Manchester.

The Canary Islands tend to be our go-to destination for a decent dose of warmth in the depths of December, January and February. But those who are prepared to fly an extra two hours into the Atlantic tend to be rewarded by the Cape Verdean weather, which rarely shifts from the upper Twenties Celsius at any time of year. The nearest the archipelago comes to a vast swing in temperature is the five-degree gap between the January average of 25°C, and the 30°C which defines September.

Hours of sunshine? Between five and nine. Lovely. 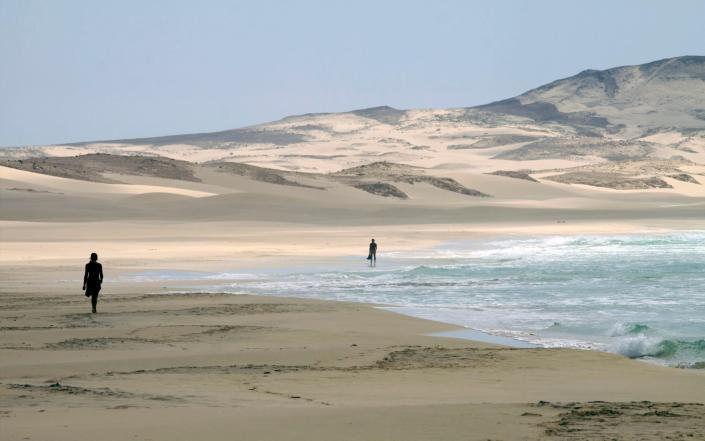 3. It is a fly-and-flop specialist

With such reliable weather, there should be no surprise that Cape Verde is a ready option for sun-and-sand escapism – especially on Sal and Boa Vista, the islands where you find the majority of the beach resorts.

Tui (020 3451 2585; tui.co.uk) backs up its direct flights with package breaks. A seven-night all-inclusive stay at the five-star Hotel Riu Palace Santa Maria (on Sal), flying from Birmingham on November 14, costs from £1,216 per person.

Alternatively, a seven-night all-inclusive getaway to the five-star Iberostar Club Boa Vista (on the island of the same name), flying in directly from Gatwick on November 19, costs from £916 per person through Love Holidays (01234 230 440; loveholidays.com).

4. It has an intriguing back-story

The history of Cape Verde is unusual. Unlike many parts of the planet, it was empty until colonialism gave it a population; the islands were uninhabited when Portuguese and Genoese sailors stumbled upon them in 1456. Portugal put down the first roots, founding what is now the town of Cidade Velha, on the south coast of Santiago, in 1462.

Praia followed in 1615, before becoming the archipelago capital in 1770. A small city of 160,000 people, it looks back to the past (Cape Verde gained independence from Portugal in 1975) via the Monumento de Diogo Gomes (a statue of the Portuguese explorer who discovered Santiago in 1460) and the Presidential Palace (which was built in the 19th century for the Portuguese governor). 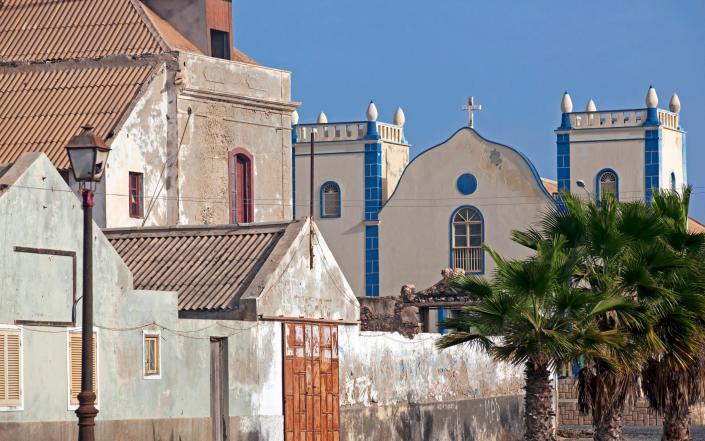 5. Its music is unique

Cape Verde’s cultural gift to the world is morna – a lilting, rhythmic form of music which slipped into life on the archipelago (probably on Boa Vista) at some undefined point in the 18th century.

Its spiritual leader is Cesaria Evora, a singer, nicknamed the “Barefoot Diva”, who hailed from Sao Vicente. She was so loved that, since her death in 2011, the island’s airport has been named after her. Her powerful voice and grasp of songcraft lingers in her birthplace, the capital Mindelo. Here is a pleasant, picturesque small town where melodies drift out of the doorways of bars and cafes – such as the Casa Cafe Mindelo (casacafemindelo.com/en-casa.html), where you can witness live performances. 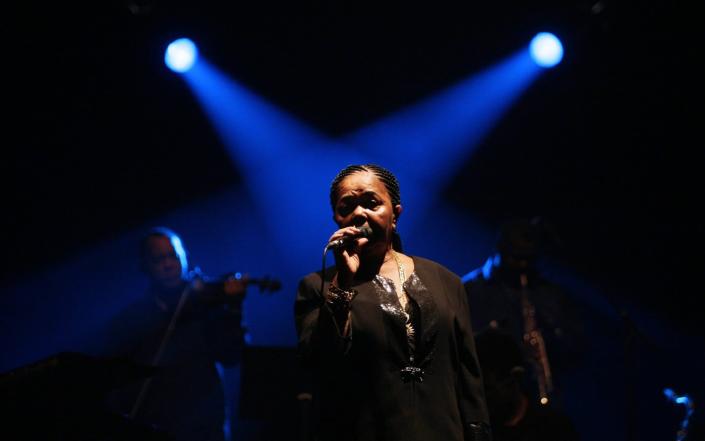 6. You can visit Africa’s most westerly point

São Vicente’s neighbour Santo Antão is an undoubted outpost. It is the most westerly segment of the archipelago, and with this – depending on how specific you want to be about geography – the most westerly point in Africa. It certainly feels like the end of a continent. Home to just 38,200 people – many of them clustered in the town of Porto Novo – it is a place of desolate grandeur, its rocky interior rearing up from the water, coffee plantations strewn across its sides. You can only travel to it by water, via ferry from Mindelo – but if you make the crossing, you have definitely left the beaten track. 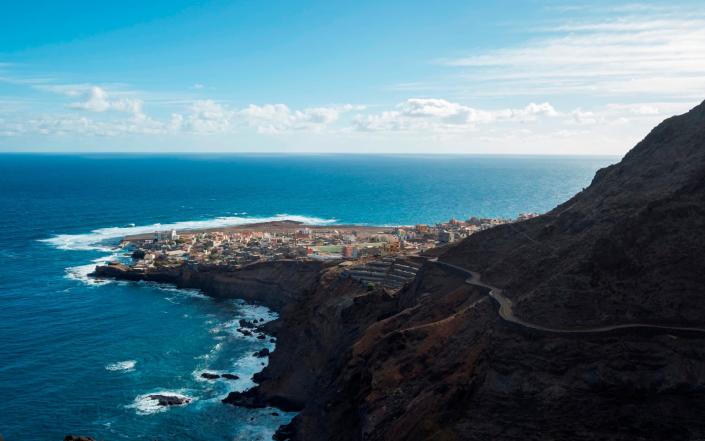 7. The landscape is incredible

Santo Antao is visibly volcanic. And yet, it is not the most obvious example of the archipelago’s fiery origins. That honour falls to southerly Fogo. The clue is in the name – “fogo” is, of course, Portuguese for “fire”. The island lives up to its moniker, rising to the conical summit of Pico do Fogo, which troubles the sky at an altitude of 9,281 feet (2,829 metres). It erupted as recently as 2015. Not that this seems to worry the locals. You can drive up to Chã das Caldeiras, a village of some 700 souls which, remarkably, is located inside this kraken’s crater. 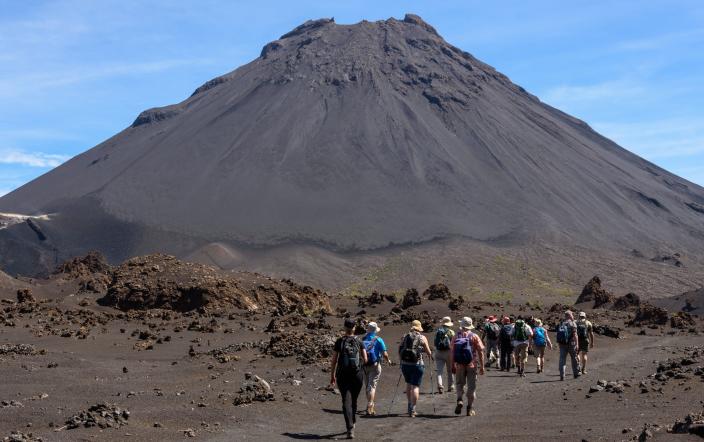 8. You can go island-hopping

Although strewn across some 1,500 square miles of the Atlantic, the archipelago lends itself to multi-island journeys. Specialist operator Cape Verde Experience (01489 866 969; capeverde.co.uk) offers a range of island-hopping breaks, including “The Peaks of Cape Verde”. This wide-ranging journey takes two weeks to tick off São Vicente, Santo Antão, Santiago, Fogo and Sal and costs from £2,599 per person, including international and internal flights.

As of 2022, the same company also offers escapes to Maio. One of the smaller – and certainly least-known – of the Cape Verde islands, this south-easterly fragment of the archipelago is home to just 7,000 people. It does, though, have a welcoming three-star retreat, on the south-west coast at Vila do Maio. A three-night stay costs from £149 per person (but needs to be booked as part of a longer multi-island itinerary). 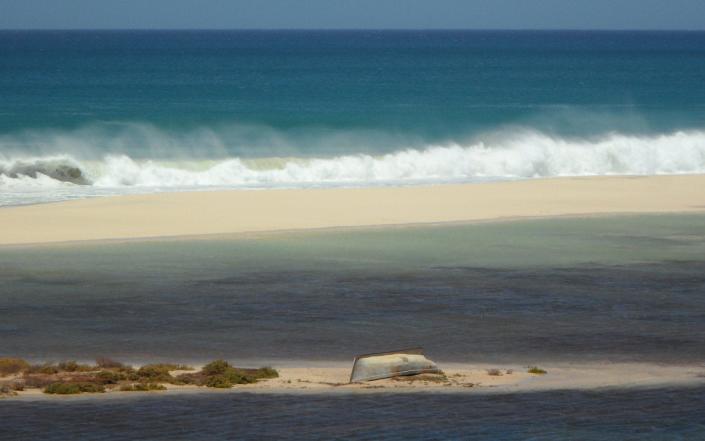 9. Sailing is another fine option

Tropical islands plus ocean also equals sailing escapes. So it proves with Cape Verde. Classic Sailing (01872 580 022; classic-sailing.co.uk) describes the archipelago as an “unspoilt alternative to the Caribbean” – and runs a regular “Island Hopping in Cape Verde” trip. This 11-day affair covers the entire archipelago aboard three-masted schooner named the Oosterschelde. Six such voyages are scheduled to depart from (and return to) Sal in the first three months of the new year – the first of them beginning on January 6 (2023). No prior experience is needed to enjoy this near-fortnight under sail, and participants can help out as much or as little as they like. From €1,650 per person, flights extra.

10. It has an eerie abandoned airport

If you want to venture truly off-grid, Brava – the archipelago’s southwesternmost member – is your obvious port of call. “Port” being the pertinent word here because, as with Santo Antão, you can only reach the island by boat.

Not that Brava doesn’t have a runway. Esperadinha Airport sits on its west coast, next to the hamlet of the same name. It occupies one of the only flat pieces of land – a precarious location on a narrow promontory on the edge of the water. Too precarious, in fact. Opened in 1992, the airport ceased operations in 2004 – because the strong winds which swirl here make it too dangerous for planes to touch down. You can, though, stroll along its deserted tarmac.